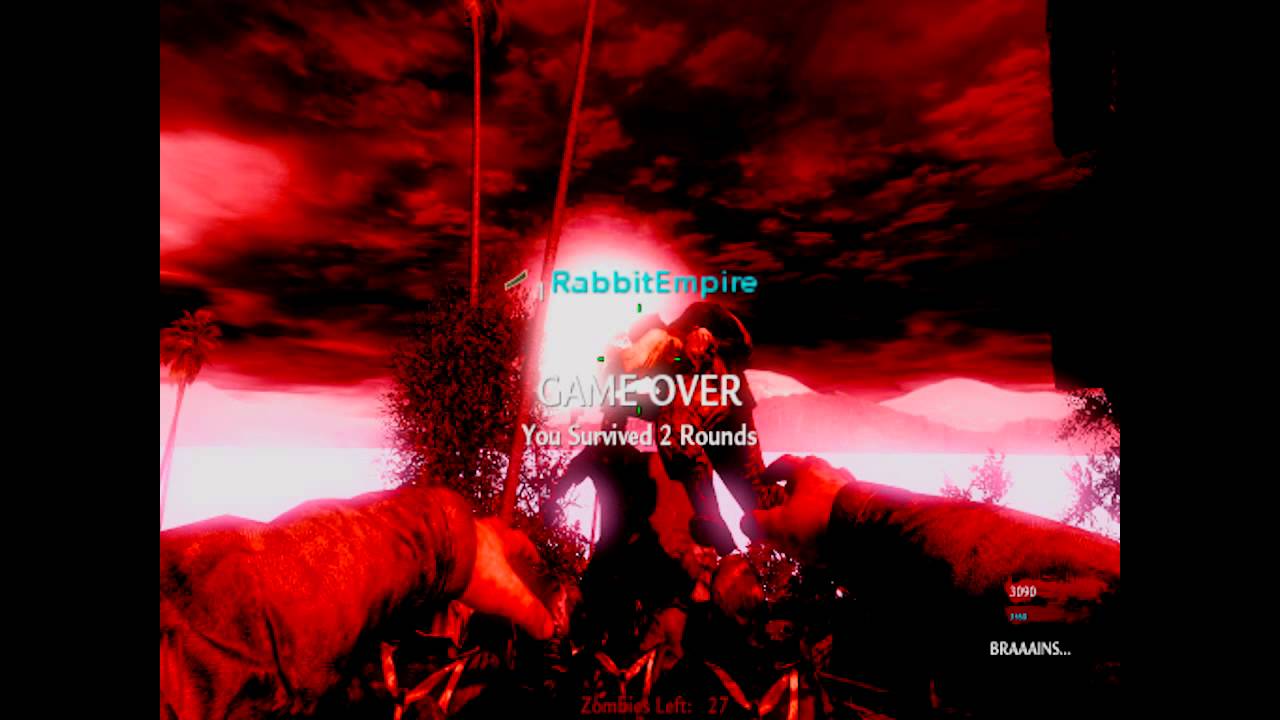 This is the remake of the first CoDWaW map created by matpatcholywack and losangeles26. The final version was uploaded December 8th 2012… coffee1

Graphics/Internet: This is a large map with lots of detail in some places.
You will need to have a pretty decent graphics card or you will just end up being frustrated.
The same goes for internet connection in cooperative game play.


Download install, and run instructions: This is a large download…about 400+M in size because of the music player
and 2 video files (.bik, one for the sp cinematic intro and one for the cinematic end.).
However, the install is easy.  Thanks to Tom_Bmx’s, Creator v2.1, the exe you download installs not only the
fastfiles in the mods folder, but it installs both .bik files in the CodWaw main video directory.  Once installed,
launch in CodWaW MODS and type: /map nazi_zombie_riverstyx13 in the console, hit enter

Influence: Movie Clash of the Titans and a History Channel show on Hades.

Story:  You are stuck on an undead island in the middle of the River Styx –
trapped between the world of the living and the world of the dead. How did you get here?  All of you died fighting in Greece during WW2 and this island is a sort of purgatory.  For his amusement, Hades (Greek God of the Underworld) decides to give Dempsey a chance to have his life back.  Nikolai, Takeo and Rictofen are too evil for Hades to give them their life back (although, I’m sure they find a way to get their life back and play all of the other custom maps out there).  Hades will order Charon to ferry Dempsey across the River Styx if he can survive survive 13 waves of nazi zombies. (13 waves because Hades is the 13th Greek God.  328+ zombies on round 13 because 328 B.C was the last time a temple was built in honor of Hades.) If the evil bunch will help Dempsey, he will repay them by taking care of their unfinished business when he escapes.  Any one of the players may also decide to break the deal with Hades and doom everybody to playing until the zombies overtake you.

Greek Mythology: The Greeks held elaborate funerals to help the soul of the departed find his or her way to the afterworld. The underworld was sometimes called Hades in honor of the god of the underworld – Hades.  But it was not Hades who helped you reach the afterworld. They believed that the god Hermes – the messenger – acted rather like a host. Hermes led the soul to the shores of the mythical River Styx. The River Styx supposedly separated the world of the living from the world of the dead. The deal was you had to cross the River Styx to reach life after death. The ancient Greeks did not expect souls to swim across. Instead, they believed a ferryman named Charon would give you a ride on his boat. (Explanation taken from http://greece.mrdonn.org/greekgods/riverstyx.html)


This is a medium to hard map that starts off with 24 zombies in round 1.  In other words, don’t stay in the small first room.  Run to a larger area from the start.
Here are some of the features:
-Power is on from the start.  So teleporters, zappers, auto turrets, powerups and perk machines are all on.
-Stations where you can turn on and turn off Dempsey, Nikolai, Takeo and Rictofen’s dialog (dialog is cool but
it gets annoying sometimes).  Default behavior is dialog is off.  We can make a tutorial of this if anyone wants. Don’t know if it exist yet???
-Cinematic intro for single player
-Cinematic winnable ending for single player and player 1 in coop.  Other 3 players see credits at the end of the game and get a surprise. (survive 13 rounds and ending happens automatically)
-No powerup drops.  However, powerups are buyable except for nukes (don’t want to make it too easy)
-For those of you that like to play for high rounds, if you find the hidden area you can disable the ending (not too hard to find).
-Map has ~5 times the normal number of zombies per round except for round 13.
-Jugg is 4-5 hits and the Wunderwaffe does not zap Jugg away.  However, you only get the wunderwaffe in mystery box.
-Bank(atm)
-No hellhounds
-Runner zombies from level 1
-No zombie spawning down time between rounds
-Weaker weapons may be Pack a Punched in the mystery box
-Dynamic skybox
-Fog in the basement
-Zappers
-Auto Turrets in 3 separate locations (operate independently)
-Zombie riser stations (even on the towers)
-Map is very large (about 7 stories high with 10  possible mystery box locations)
-Weapons may be purchased off walls in every corner of the map (some are already pap)
-Tom_Bmx music player with nearly 20 songs

Thanks to the following users for having awesome ZM tutorials and help posts:
Sniperbolt and Sparks – tutorial map
CodNerd – INSTALLING MOD TOOLS AND BASIC MAPPING
Cinnober – EVERYTHING – MOST HELPFUL ON FORUM POSTING
Tom_Bmx – MOD INSTALLER CREATOR V 2.1, BUYABLE ENDING, MUSIC PLAYER, ZAPPERS AND TUTORIAL MAP
joeybbb – 20+ PART SERIES ON YOUTUBE AND BEING THE FIRST TO GIVE FEEDBACK ON THIS MAP
[xR8D]raptorx500 – ZONES, SLIDING DOORS, SPAWNS AND TELEPORTERS
ADDICTED – ZAPPERS
Towniy – RANDOM SCRIPTING ON FORUMS
holty007 – INSTALLING MOD TOOLS AND BASIC MAPPING FEATURES
Darkflame – ADDING CUSTOM IMAGES/TEXTURES
quizz – JUGG & WUNDERWAFFE EDITS
treminaor – BANK SYSTEM
Mrhankey91 – ZOMBIE COUNTER
JayDecay502 – GAME TESTER
Techno2SL – PLAY CINEMATIC IN GAME
junny2233 and TutorialsTechGaming – MAKING A BIK
baseball4ev – CHEAT PREVENTION, CUSTOM LOADSCREEN AND PRE-GAME MESSAGE
I’m sure there are some others but these were some of the users with posts that helped me get over some real trouble spots in modding :cheezy:.

Update 12 /13
We want to force all players to take on more of a holdout strategy than training forever on such a large map, so we scripted in
super fast runner zombies like on Verruckt.  You can outrun them without getting hit, but turn around to shoot and chances are you will get hit.
The map is hard but not impossible.
This update is only a scripting change and not a mapping change, so these new downloads are backward compatible.
You can play coop with people using different versions of River Styx 13.
The coop game just takes on the characteristics of the host computer.