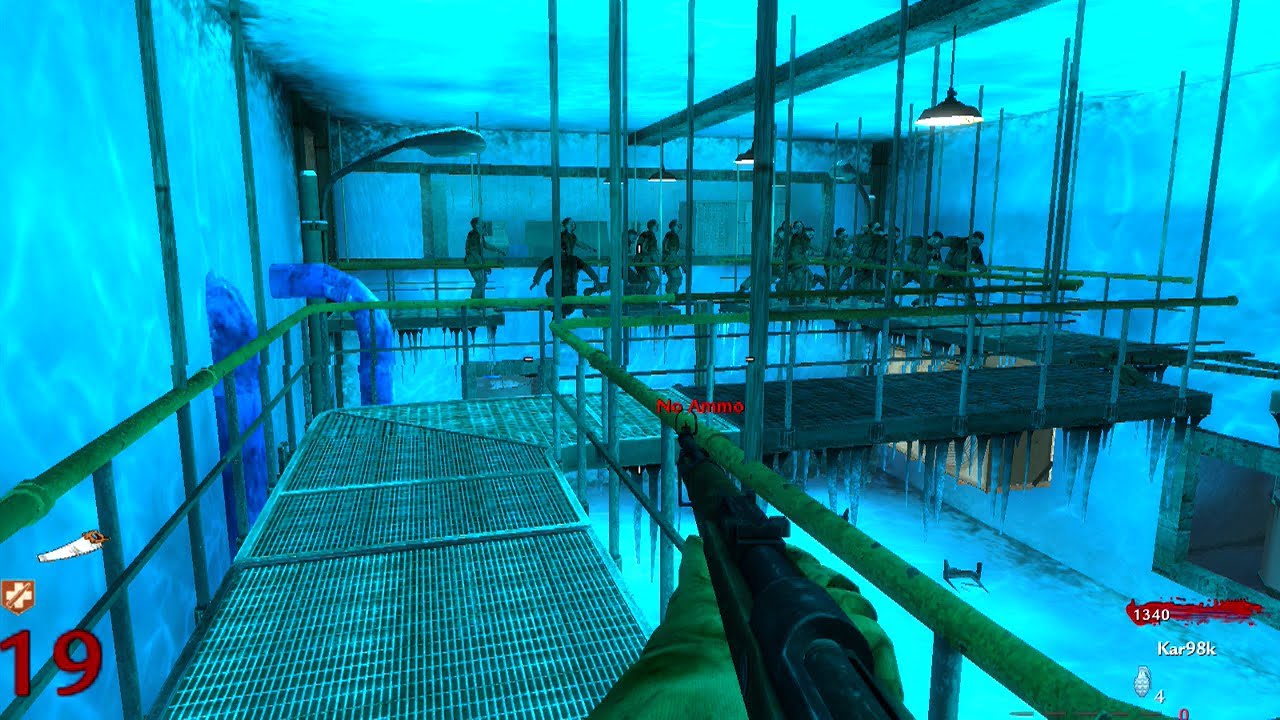 Christmas With the Joker
By: whippytrout

Community Score
[Total: 2 Average: 5]
Direct Download
Mediafire Download
Mega Download
This Is my first publicly released map. I figured it was Christmas and I havnt seen any Christmas Maps this year so I decided to make my own. I put in around 50 to 60++ hours making this map.
PS: If you want to play SinglePlayer type /map Nazi_zombie_arkham in the console. I recommend playing with friends for the best experience.

StoryLine:
Joker Escaped his cell in Arkham Asylum and kidnapped Commissioner Gordon. Somehow Joker has converted the guards into zombies using Venom, a highly unstable toxin that can grant super strength and agility. Joker is hiding out in the old maximum security wing of Arkham. You will have to fight your way through each inmates area of the prison to get to him. Its Christmas Eve and Its up to Batman to save the Commissioner.

Features:
Custom Typewriter Intro (Thanks To YaPh1l)
Custom Joker Intro
Custom Melee weapons which you can find in first room (Thanks to Tom_bmx)
Custom Mr Freeze gun
Almost all custom textures and models
Custom Digsites (Thanks to Bluntstuffy)
Custom playable Characters (Batman, Robin, Nightwing, Batman Beyond)
Custom Zombie models (guard zombies and 10ft tall venom guards in later sections of the prison)
Ugx Jukebox with hidden radios that add songs to jukebox (Thaks to KDXDARK)
Custom songs (including batman themed songs and Christmas songs and a few easter egg songs)
Custom Ai names including my own and several of my friends
Secret buyable ladder in poison ivy room
Custom Door Prices (Beware this is a challenge map so the door prices are high)
Custom PaP random crate
Custom priced Zipline
Custom Riddler Game
Custom audio for each villain
Custom Harley Quinn swinging on a wrecking ball
A Buyable ending to save Commissioner Gordon with a little scripted fun for an ending that includes Joker
Includes the four basic perk machines (Jugg, doubleTap, Quick Revive, SpeedReload)
Custom Death Music When you lose
Custom Scripted Tv’s
Also Thanks to anyone else if I forgot anyone’s name above
I would like to give a special Thanks to SajeOne who helped me out with Maya.