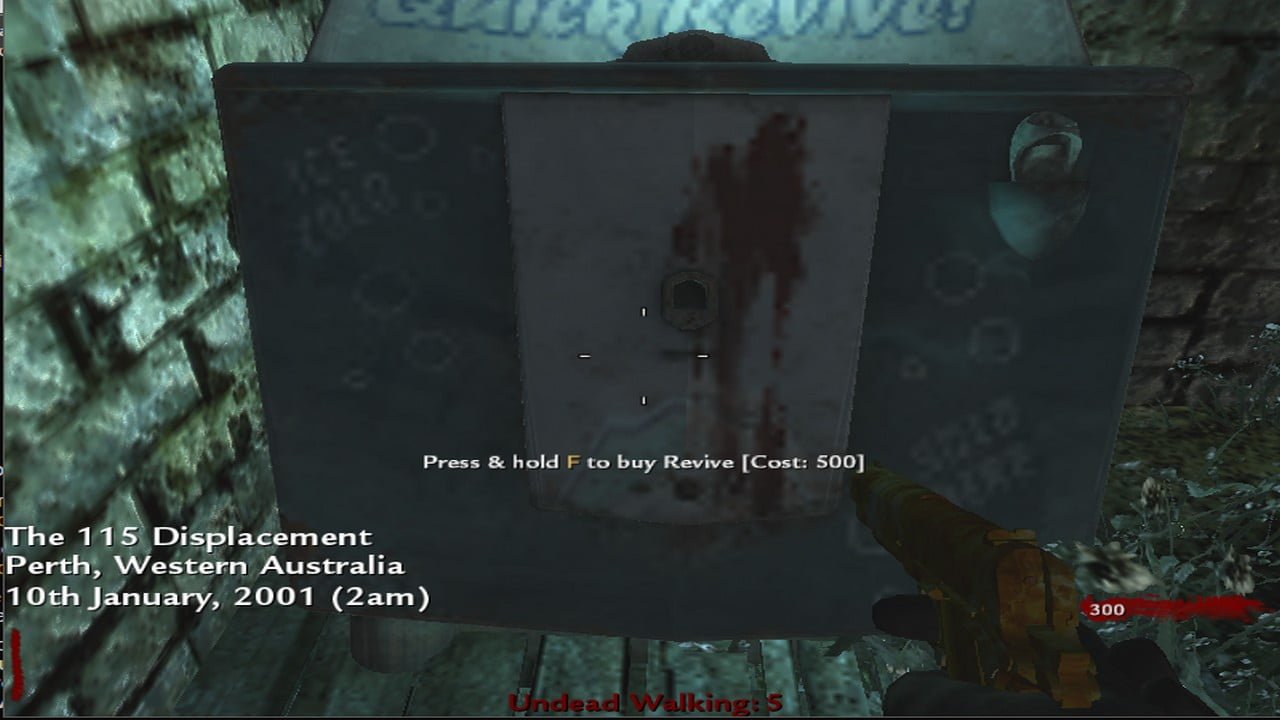 The story is as follows:
The entire map is not as it is supposed to be, every element from the perks, weapons and even the flowers have been displaced by the element widely known as 115. You can pay the escape fee or live long enough for your fate to be given entirely to the undead.

A tonne of youtube tutorials from a lot of different people
Minor and major help from UGX forums
A lot of help from Zombie Modding
Sorry if I missed anyone, a lot of people helped me![/color]
This is my second map! I have been working on this sucker since January!
Project discontiuned 12 July 16