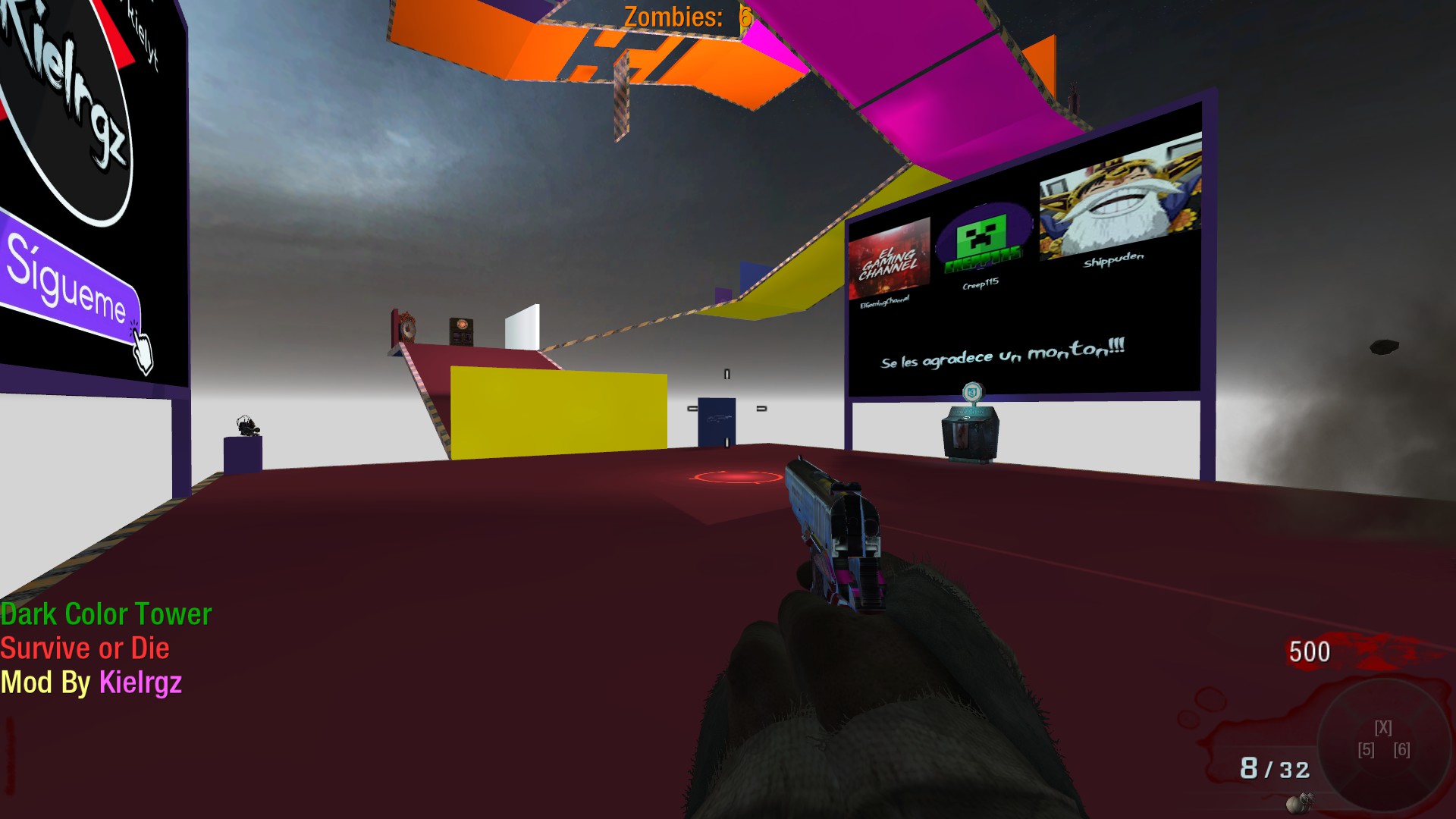 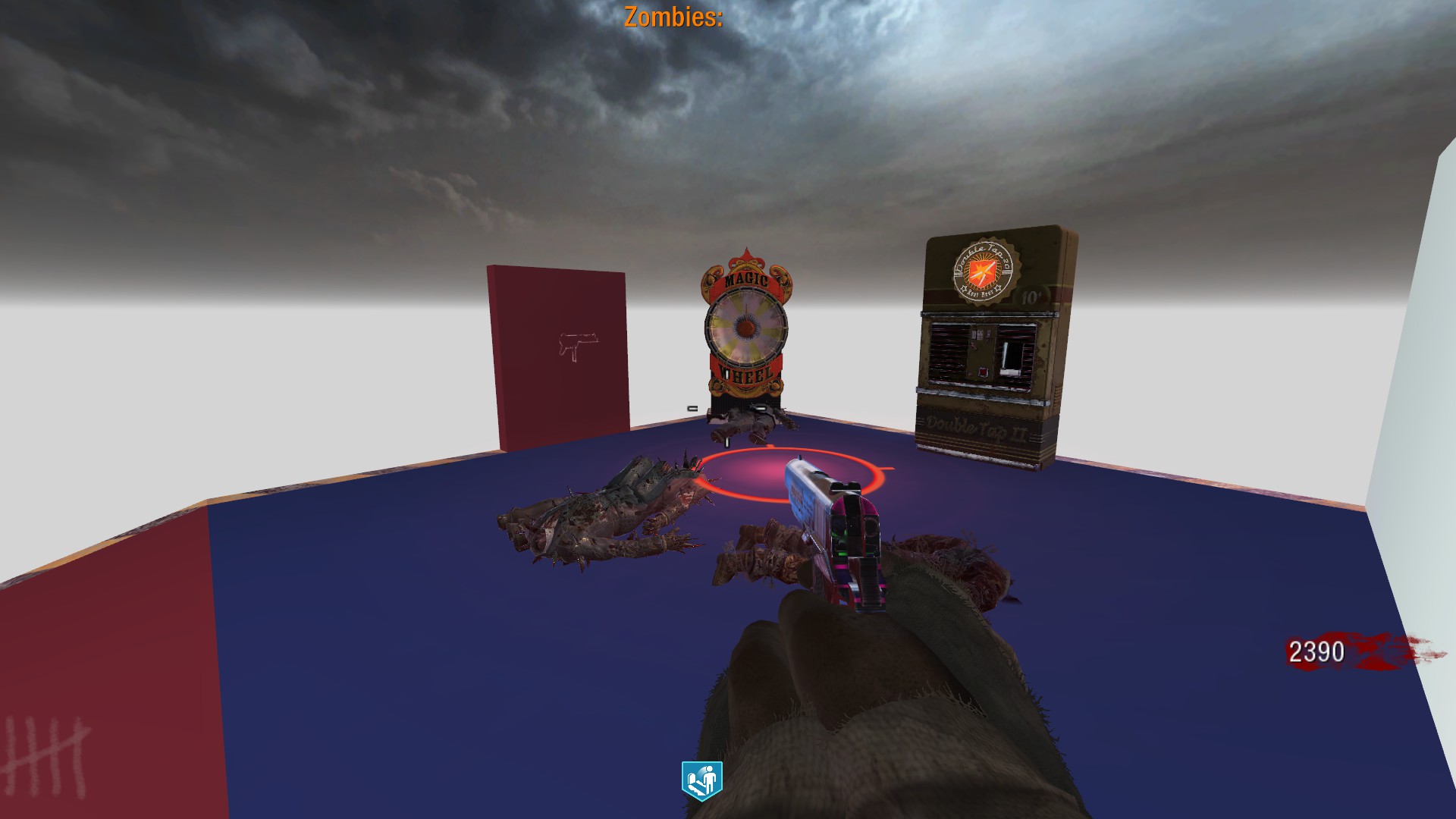 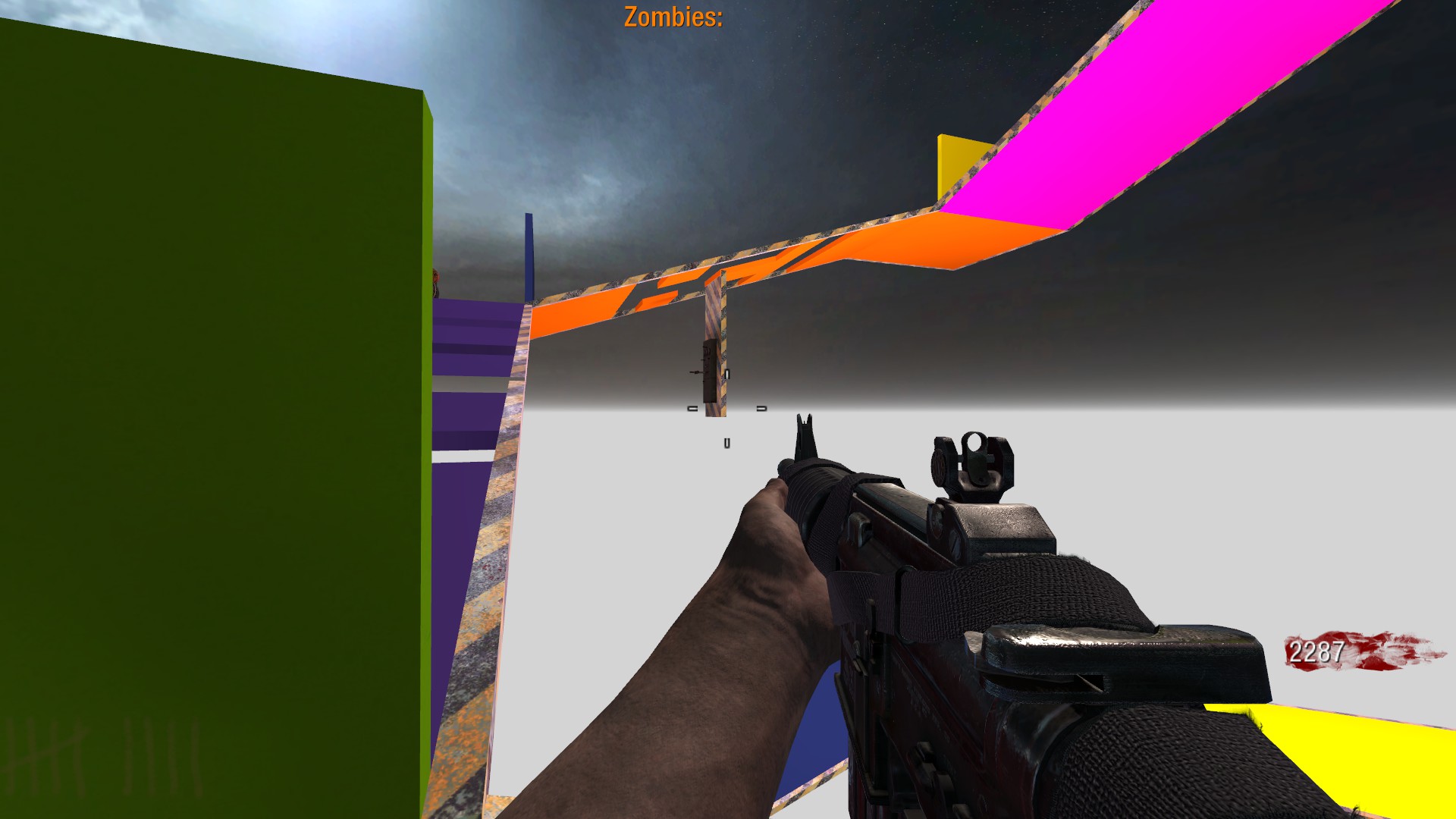 Hello, I greet you all, today I bring a little map to enjoy, it is one of the towers that we made in cod waw with creep that we now somehow transfer to black ops, I hope you enjoy it.
Before you guys play this map I want to make it clear that there are a few bugs that I still have to fix.

1 is a visual bug on the blue floor, which is a line and it’s like that part is missing, I have to fix that one soon. the second bug I mean number 2 is that sometimes if the panzer throws his hook at you and catches you, if there are many zombies around you it is possible that the map will crash you, I was thinking of getting the hook attack out of it and that it will only turn you on fire to avoid that bug. After that I also have a bug with the lights since the lighting they have is not the one shown by the “mod tools” tool, that is already a black ops error since it has a terrible lighting so please understand that. Anyway the map is cool I hope you enjoy it and well now I made a youtube channel I hope you follow me and subscribe on twich too. Greetings.


What does the map bring?

SoulBox Door Pack a Punch
Without more to say, I leave you my map below to try it and if possible I invite you to subscribe or follow me on youtube and twich thanks.
My Youtube Channel :https://www.youtube.com/channel/UC_qdCOIZIIKMDBfdqh5JrRA
My Twich Channel:https://www.twitch.tv/kielrgz95