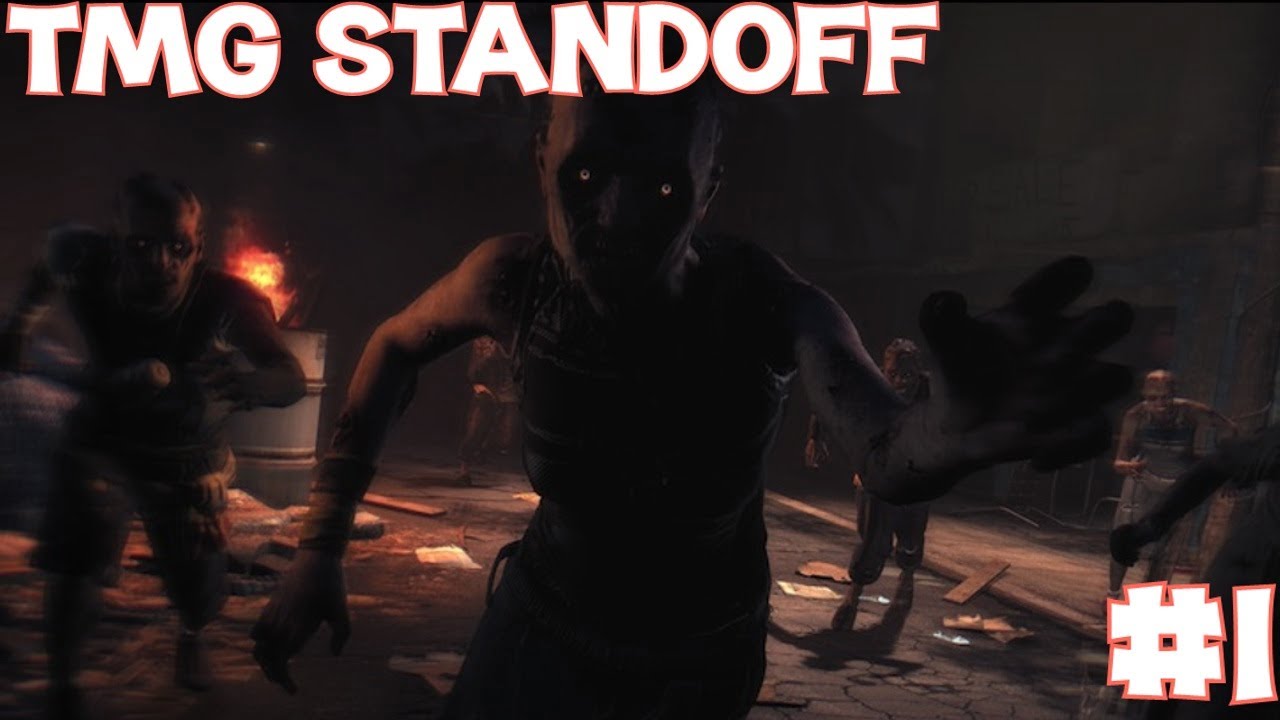 Level Background
I first started standoff back in 2012, but soon put it on hold to work on other projects. It originally began as a kinda challenge map with free weapons all over the ground, and the only drop was a random weapon drop(as seen here: OLD STANDOFF TRAILER). When I picked the map back up I decided to go with a whole new approach – darkness!

Sadly, soon after I started working on it again, my pc crashed and I lost alot of progress on Standoff and some maps as well. After that I decided to take a break from mapping for awhile. Summer 2013 I started, for the third time, on Standoff. This time around I added preset loadouts with 3 guns, equipment and two types of grenades, and I’ve worked on this version of Standoff up until now taking small breaks to work on other projects.

Description
Standoff is a very unique map, It demands teamwork and is much more a challenge than just straight forward survival. It takes place in the Savannah Desert in an abandoned Military base on the outskirts of a small trade town. You begin the fight with one of your pick of 8 different preset loadouts, each complete with a primary, a secondary, a pistol which regenerates ammo every round, a primary grenade, a light source, and finally some sort of equipment. You must reach the hidden chambers by progressing past all the timed doors to find your way to victory.

The map is very dark and you cannot adjust the brightness in game. However every class does have some sort of light source like glowsticks or some even have a flashlight equipped. Stick by your teammates at all times and cover each other, because your back is constantly against the wall with no where to run.

Max Ammo drops refill you weapon clip, so no need to reload before grabbing it.
You can only change your class with the Class Changer but only once per life, so choose wisely.
Don’t forget to use all of your resources – you start the map with 3 weapons and 3 different off hand equipment.
Call out when using a light – lights are very important so don’t waste them by having 2 people using a light at once.
Solo mode plays differently than coop – doors cost less, zombies spawn slower, and your light sources do refill every round.
Be aware that zombies are strong from the get-go since you begin with good weapons.
This map is tough! It might take a few tries to figure out a good method, so try different loadouts and experiment. 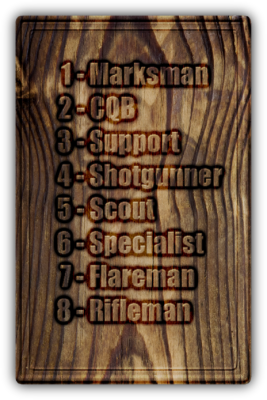 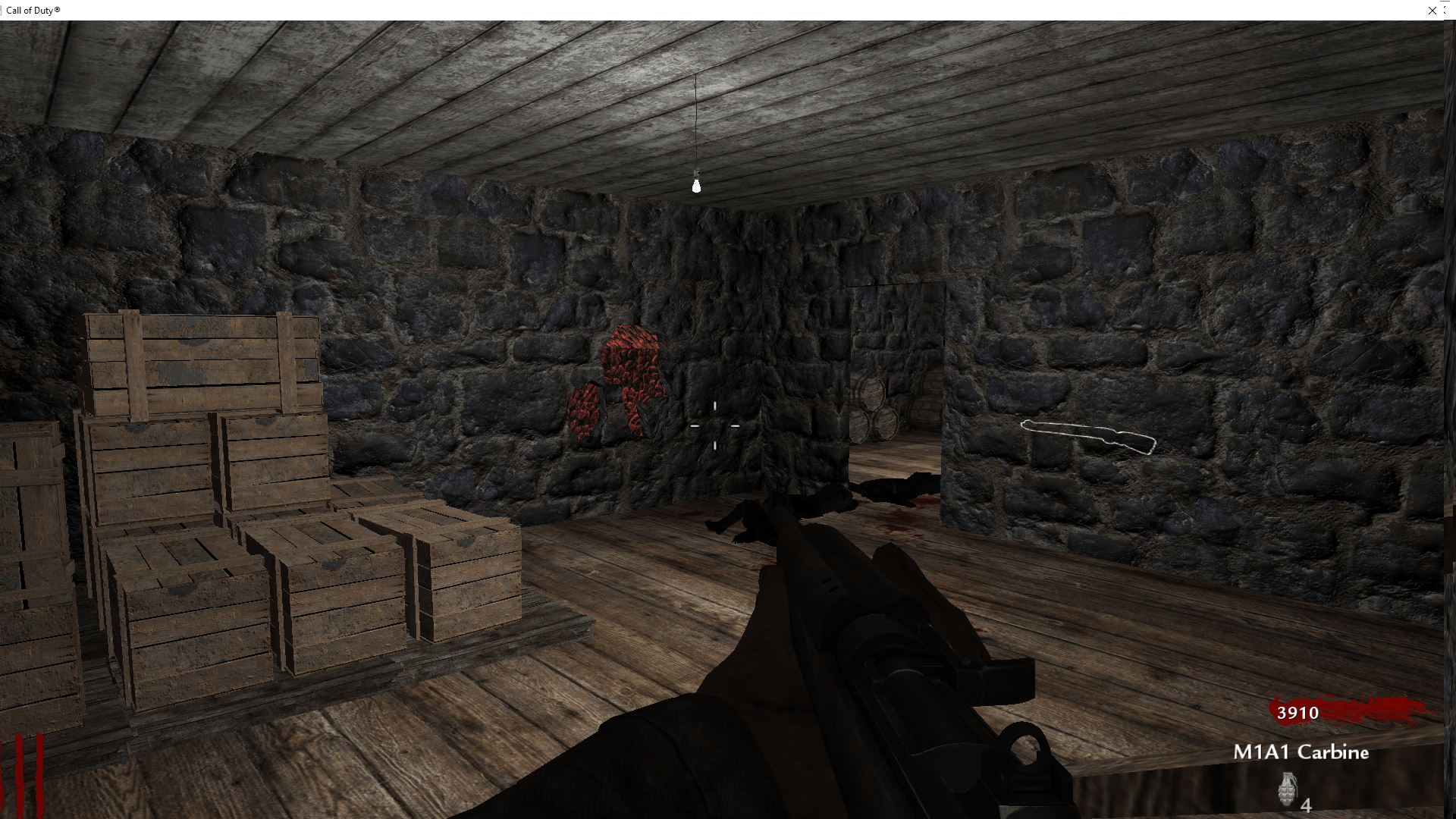 The players start in the cellar of a house. The map has the main floor,the upper most floor

and yard,where the mystery box is along with the cellar starting area. Really cool small 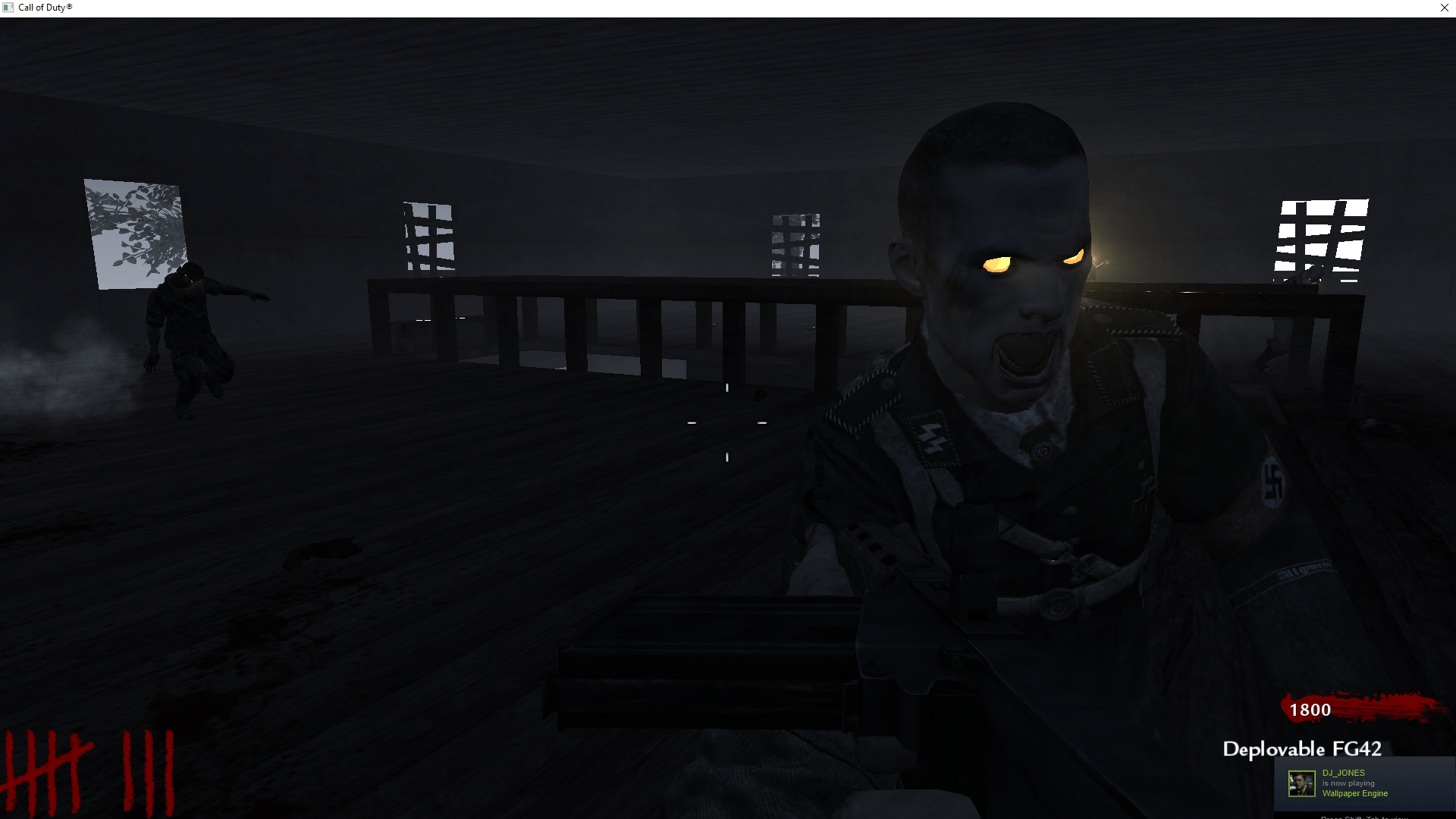 This maps both areas are open at start. The upstairs and downstairs. Upstairs hold the
mystery box of the map and map is surrounded by tens upon tens of windows. Chaotic! 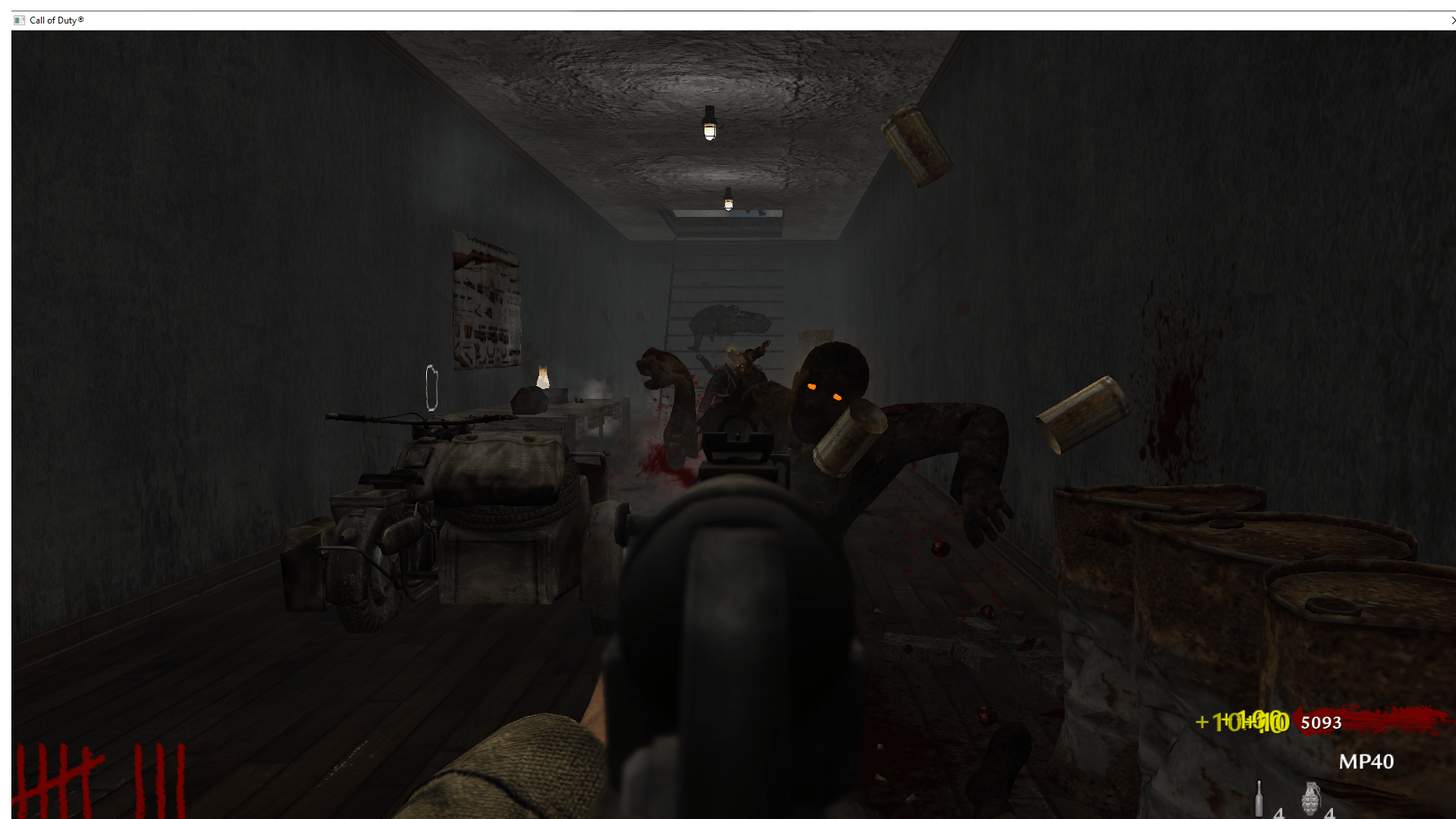 The map is Nacht Der Untoten survival map with box and three zones.

The upper house part,basements hallway and basement. Survive as long as possible

in this tight and tense survival map! 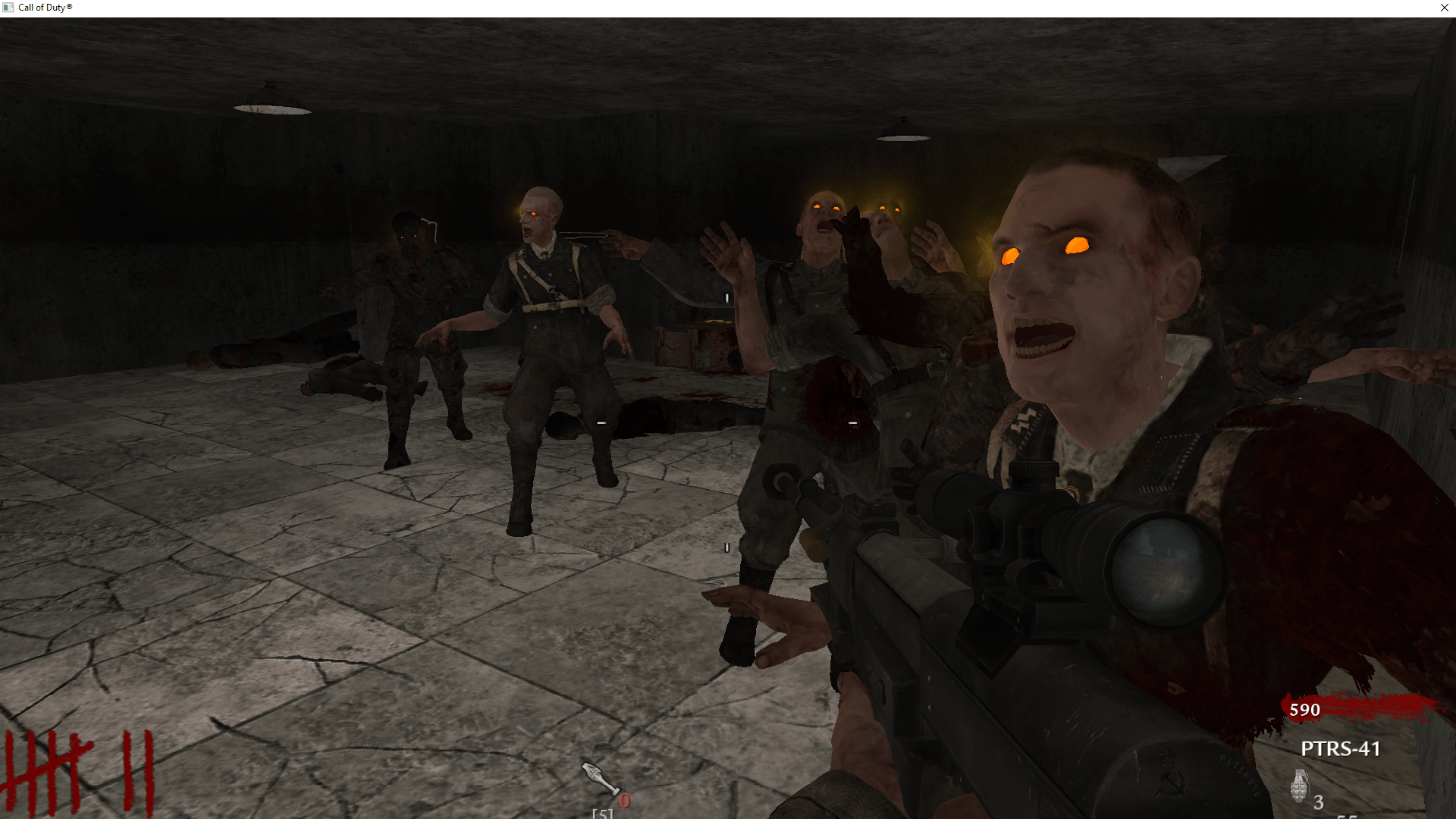 This map has starting room plus 3 unlockable similar looking areas with each having its
own guns and finally the last are holding mystery box. Good small nacht der untoten
map! 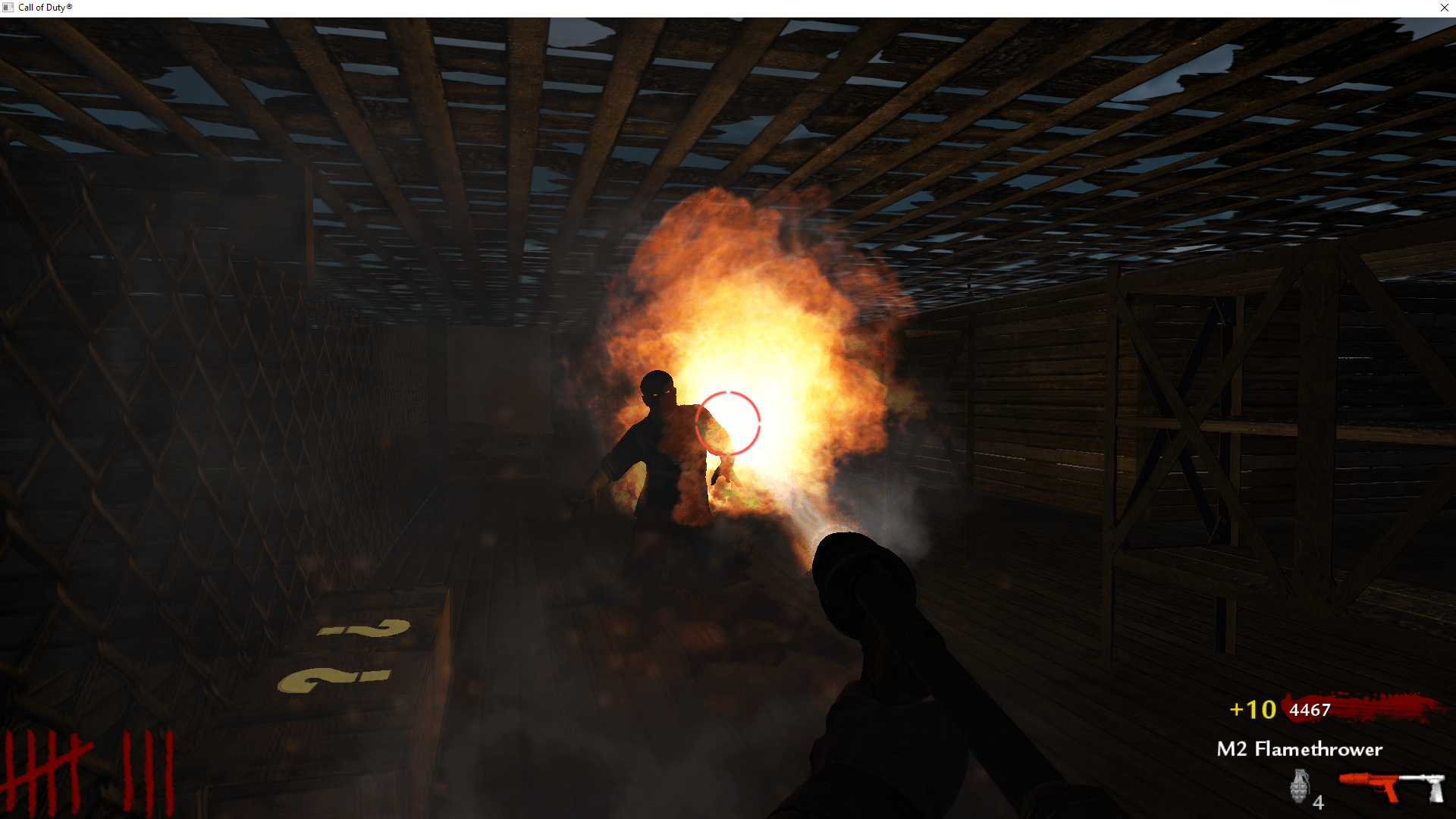 The map consists startin area plus three more area to survive in. Each area brings new weapons
to the table, along with mystery box,mg and even raygun wall purchases!