Call of Duty World at War All Patches Up To Newest (v1.7)

bycallofdutyrepo
Print
You are here:
< All Topics

Call of Duty World at War All Patches Up To Newest (v1.7)

Copy the URL link to this section to share
Version 1.0.0
Information.

You can use this download to update your game to the newest version.  This download is useful for users with the Disc Version or a Cracked copy of the game.  You must install the patches inorder from 1.2 to 1.7.  Patch 1.3 is included in patch 1.4, so Patch 1.3 is unneeded.

Call of Duty World at War All Patches Download

Extract the .zip file with  your favorite .zip extractor (Recommended WinRar or 7Zip)

Start with CoDWaW-1.2-PatchSetup.exe and run through the Installer.  Continue to Install the next Patch. 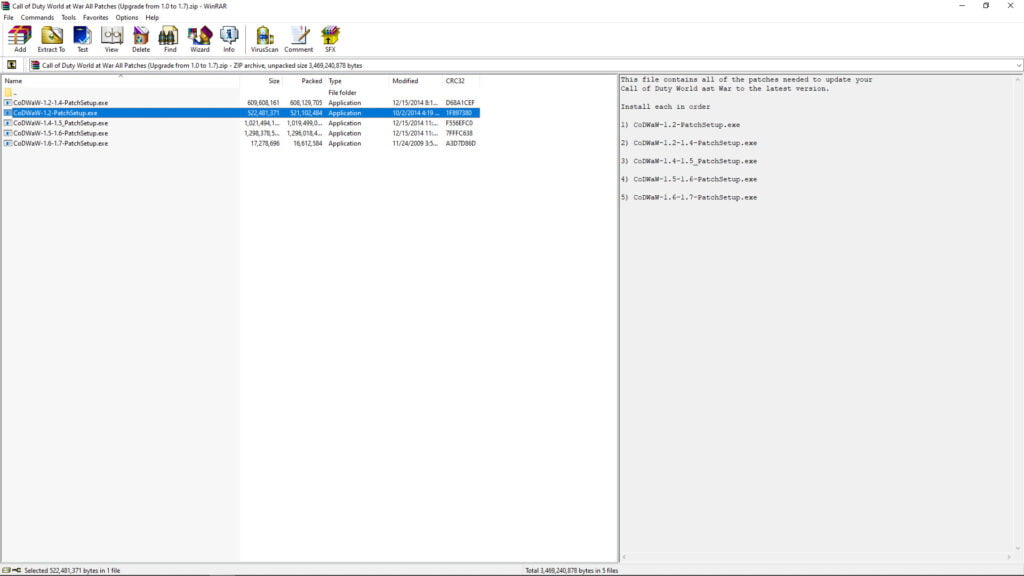