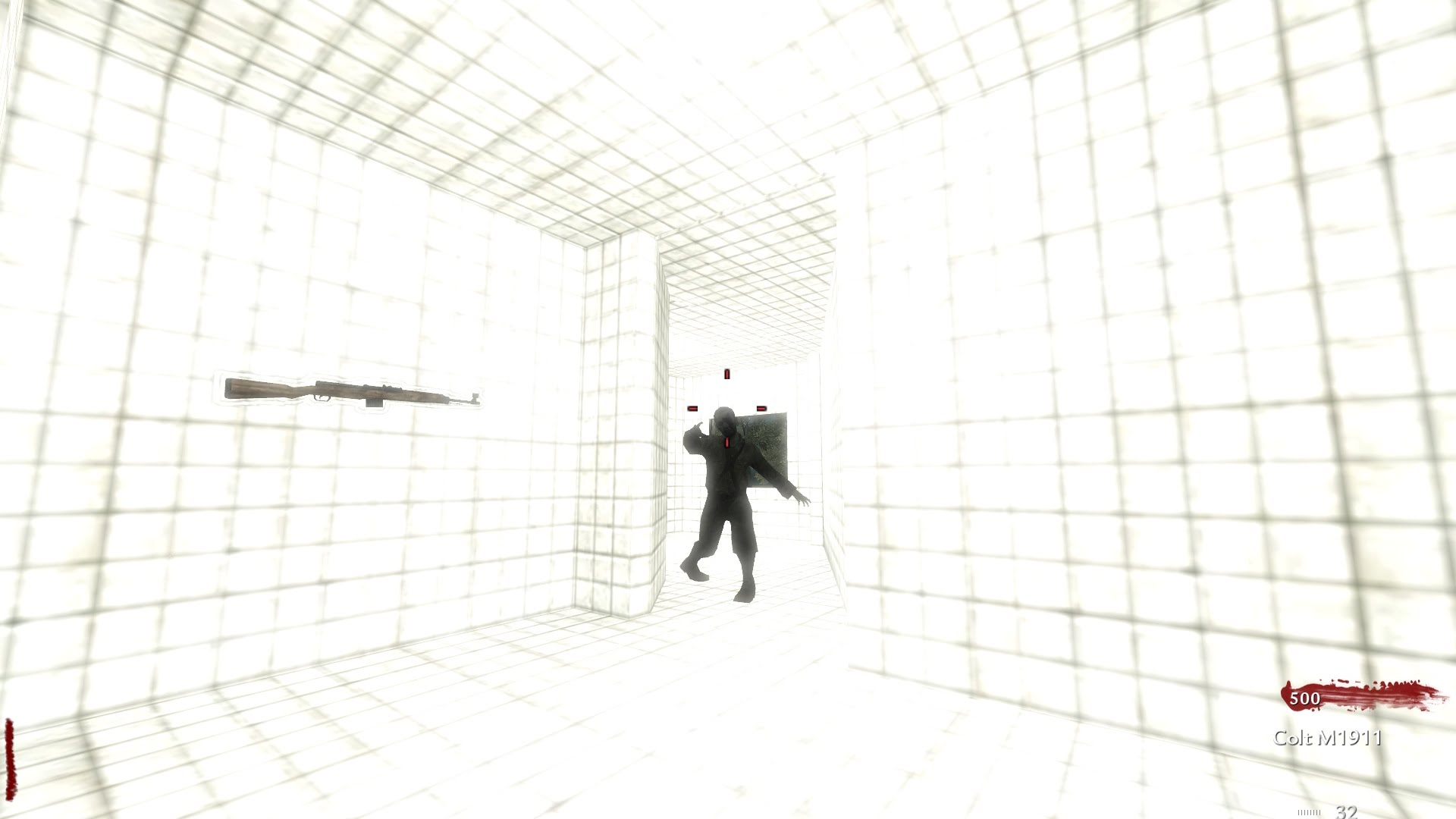 YOU HAVE TO HAVE THE SAME VERSION AS EVERYONE ELSE IN A COOP GAME.  IF YOU HAVE A DIFFERENT VERSION THAN THE OTHER PEOPLE THEN YOU WILL GET SOME ISSUES.

Fixed the power door (before you weren’t able to buy the door that led to the power)
Fixed a maze column preventing zombies from going through it
Added a hint as to which room the power is in
Since so many people complained about not being able to see I added a ton more laterns to light the way in each room (this still might not be enough for some people but I added a lot more in so….)

In the year 210 BC, Qin Shi Huang, the First Emperor of China, constructed what is now known as the Terra Cotta Army.  There are estimates that say that there are over 8,000 soldiers in this army.  Qin Shi Huang had this army built so that he might rule over another empire in the afterlife.  For that reason each soldier is entirely unique.  Not a single one is duplicated, each one is an individual person.  The soldiers were given “the life blood” of one soldier from the living army.  This blood could be used in the afterlife to identify each soldier.  The blood would then be used to call forth the army to bring forth another empire in the afterlife.  Over 2000 years passed and the army had not been called forth, the blood from those 8,000 soldiers was still waiting to be called into action…

In 1931, when the Japanese invaded Manchuria, they discovered huge underground pits that had been partially unearthed from their bombings.  Further digging revealed the lost army.  The blood from all 8,000 soldiers was taken and stored in a vault deep in the heart of Japan.

In 1940, following Japan’s and Germany’s alliance the Japanese government secretly turned over the blood as well as the location of the Terra Cotta army itself.  German scientists were rushed to the site to try and begin bringing forth the legendary Terra Cotta army…

Army Ranger Lieutenant:  “OK men listen up.  This war is almost over and we would prefer to not lose too many more men if at all possible.  That is why I am sending you on a covert mission to find the whereabouts of this rumored “Terra Cotta Army”.  We have reports that the Germans are bringing back ancient soldiers to help them fight their losing war.  This ‘life blood’ given to each soldier was intended to be used while the original soldiers were still alive.  Now that the host soldiers are dead, the scientists got…different results.”

Army Ranger Lieutenant:  “Unfortunately yes.  Now we are sending you, not because you are the best of the best, in fact we could really care less about you, but you are the only soldiers we have left.”

Takeo:  “Makes a soldier feel happy to be in the army doesn’t it.”

Army Ranger Lieutenant:  “We sent a squad of marines in before you, but we haven’t heard from them in over three days.  Even more bad news.  We have heard reports of the “Guardians” being sent into the underground dig site.

Nikolai:  “Eh comrade, what exactly are these guardians?”

Army Ranger Lieutenant:  “Now Nikolai, if you had properly read your briefing you would know now wouldn’t you?”

Nikolai:  “I was too busy drinking vodka.”

Army Ranger Lieutenant:  “Of course.  The “Guardians” are an elite and VERY secretive branch of the German SS.  They were created directly by Hitler to exterminate any and all threats.  They have been given the authority to kill anyone suspected of doing harm to the Reich.  The appearance of the “Guardians” at the same time that our squad went missing is not a good sign.  Be extremely careful.  From what we understand the “Guardians” did not evacuate with the rest of the dig site.”

Richtofer:  “I can remove them by any means necessary.  I feel that amputating some body parts will do the job.  Remember, I am a doctor!” (laughs hysterically)

Army Ranger Lieutenant:  “OK…So, what I need you boys to do is this:  Enter the dig site and assess the situation.  If you can, find out what happened to the original squad.  After you assess the situation, find a way out of there.  There is a radio at an abanded Nazi checkpoint.  We have a third squad waiting for your call.  All I can say is good luck, happy hunting, and do what you can to figure out what is going on down there!”

Well, terracotta is finally here.  After delaying the release for about a month later than I thought, it is finally here.  I have put in about 300 hours on this map!  First I would like to thank two very special people here, who without their help, I can guarantee that this map would not be the way it is right now.  So thank you x-president and Tom_Bmx.
I would also like to thank my beta testers:
x-president
nefarious
Guille69-Xx
Votebox
xX_ZOMBiEZ_xX
Darkrapture and Tom_Bmx (they tested it one time, I think

)
W1NG3D (tested once)
This map is HUGE.  I’ve never played either core so I don’t know how it compares, but it is BIG.
Ninety-five percent of this map is underground and therefore it is dark.  I have made it this way on purpose.  There are lanterns that provide light scattered around but those are pretty much the only light.  Don’t complain about the darkness.  My beta testers enjoyed it and it is more realistic that way (not that zombies is realistic at all

).  Anyways, if you can’t see then turn up your brightness.

I have made little borders around doors that will be in the maze.  These borders look like this:

They are there to HELP YOU.  I have not put any secret doors into this.  The only doorways, in the maze, are the ones surrounded by this border.

I didn’t disable cheats, because nothing is really cheat proof.  Anyone can go in and change the code.  Just, don’t use cheats…That’s all I’m gonna say.

I hope you enjoy this map and if you find any bugs or glitches please feel free to post them on a new thread that has been started entitled nazi_zombie_terracotta.  This will be under the map releases section!