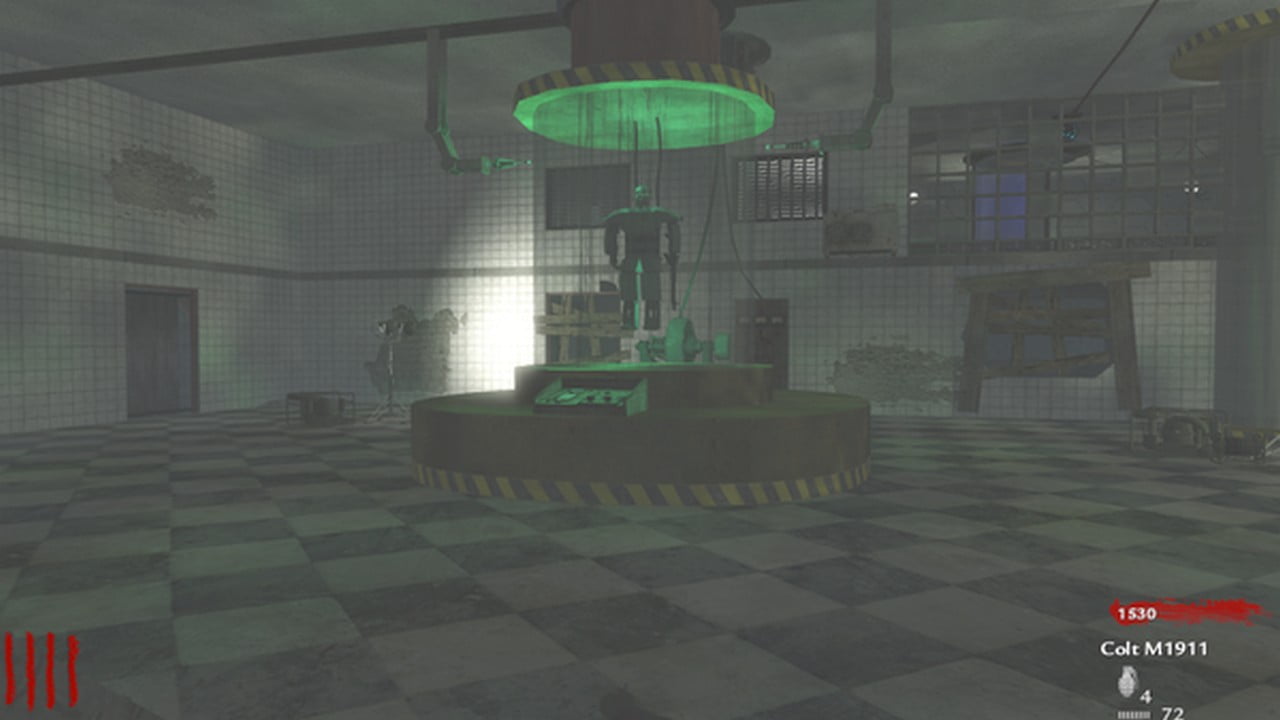 The Basics: This one is an older map but one that shouldn’t be ignored just because it’s got a few miles on it. It takes place in a mental hospital or something like that complete with sinister looking laboratory and plenty of blood stains and body parts just so you are aware that these doctors don’t really have their patient’s best interests in mind.

What We Like: Right away you can tell that the mapper cared a lot about the detail in the map and made sure that he built a creepy atmosphere and stayed true to it. He detailed outside the playable area as much as inside so you never get that “edge of the world” feeling when you see giant unmapped sections. There are two different ways to leave the starting area which adds replay value as you may want see if it would be more advantageous to unlock the other way instead. There are lots of doors to open and places to go with no room to train so it’s going to keep you on your toes. You really get the feeling like there is a story here to be told, but there aren’t really any clues so you just have to use your imagination.

What We Didn’t Like: There aren’t really any of the modern “features” that we expect maps to have now days, so if having custom weapons and 35 perks are a requirement for you enjoying a map then you probably won’t find much here to interest you. Also, I never found an ending to the map other than just having no more doors to unlock so it kinda feels like you don’t get any closure.

Final Word: Having played hundreds of custom zombie maps it’s really nice when you come across one of the few gems out there that have more to offer than the standard map. You can tell that the mapper put a lot of thought into this map and that he really wanted to make an interesting and entertaining experience and I’d say he succeeded.