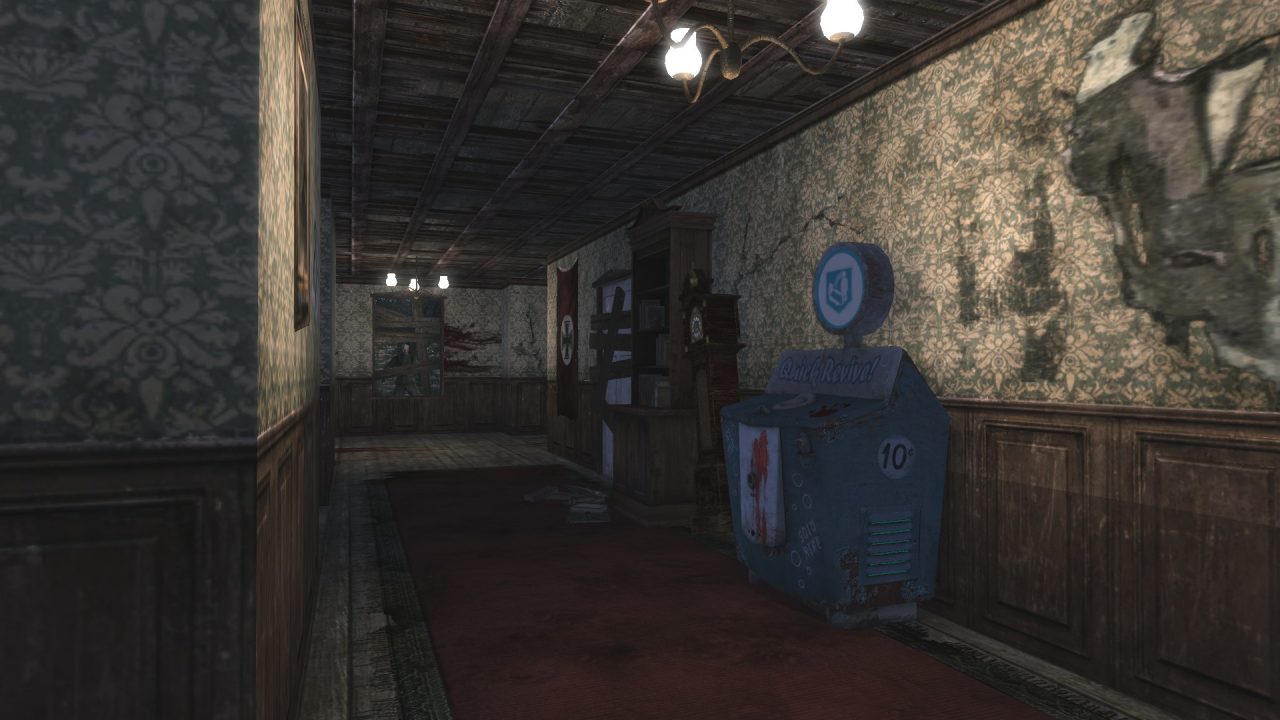 Zombie House is a very small map which pits players inside Winged Manor, with limited space and resources!
It is a stock Der Riese-based map with a random weapons box (which doesn’t move), a Pack-a-Punch machine, power switch and all four perks. There are four rooms to unlock, and a lot of open windows, so this map is actually harder than it may seem at first – with such a small, cramped space and almost nowhere to run, you have to be very sharp to survive

I created the map in less than a day, simply to prove that with a bit of effort, you can make a map which looks detailed and unique. In a way I’m trying to discourage people from releasing blocky, simple box maps by showing what can be done in the same amount of time.

And who knows, maybe he set the record for the quickest-made zombie map in World at War

Since I did adhere to a challenge of a 1-day start-to-finish map, it is very small and lacks custom features. However there is a win menu which treminaor kindly set up (in less than 15 minutes, too!).