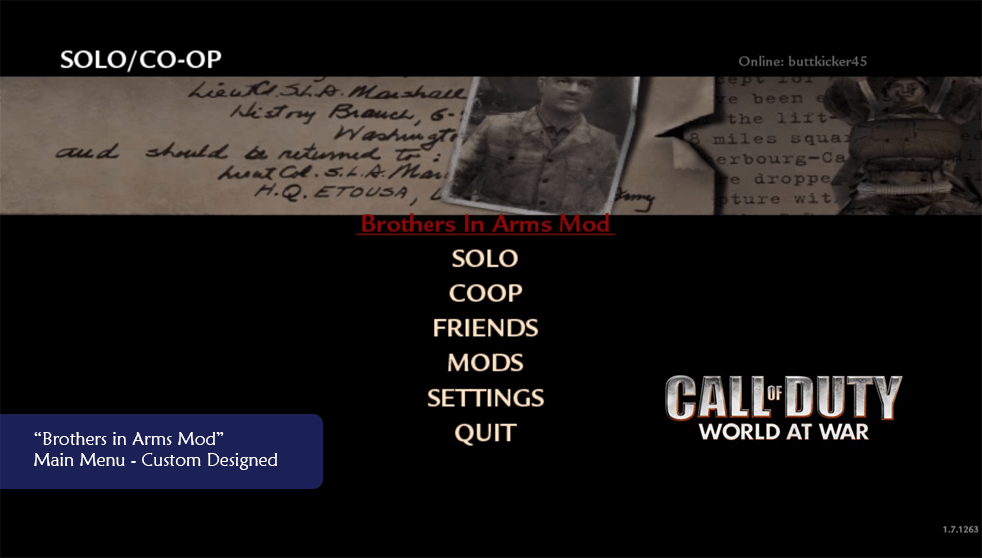 Abstract: Normandy, France 1944.
The Allies have landed on the beaches in Normandy and are pushing their way into Nazi Occupied France. There is a long way to go before the Allies reach the heart of Germany. There will be multiple German Artillery Batteries and Supply Trucks that will need to be eliminated and German Intelligence that will need to be collected. Will you help the Allied Forces liberate Nazi Occupied France or help the Germans secure their foothold against the invading forces?

Background: The Brothers in Arms series is a FPS Strategy game where you take the command of a squad-leader in WW2, released by Ubisoft in 2005. This is one of my favorite game series of all time. This is a MOD adaption of the squad-based action multiplayer scenarios of the first 2 games in the series.