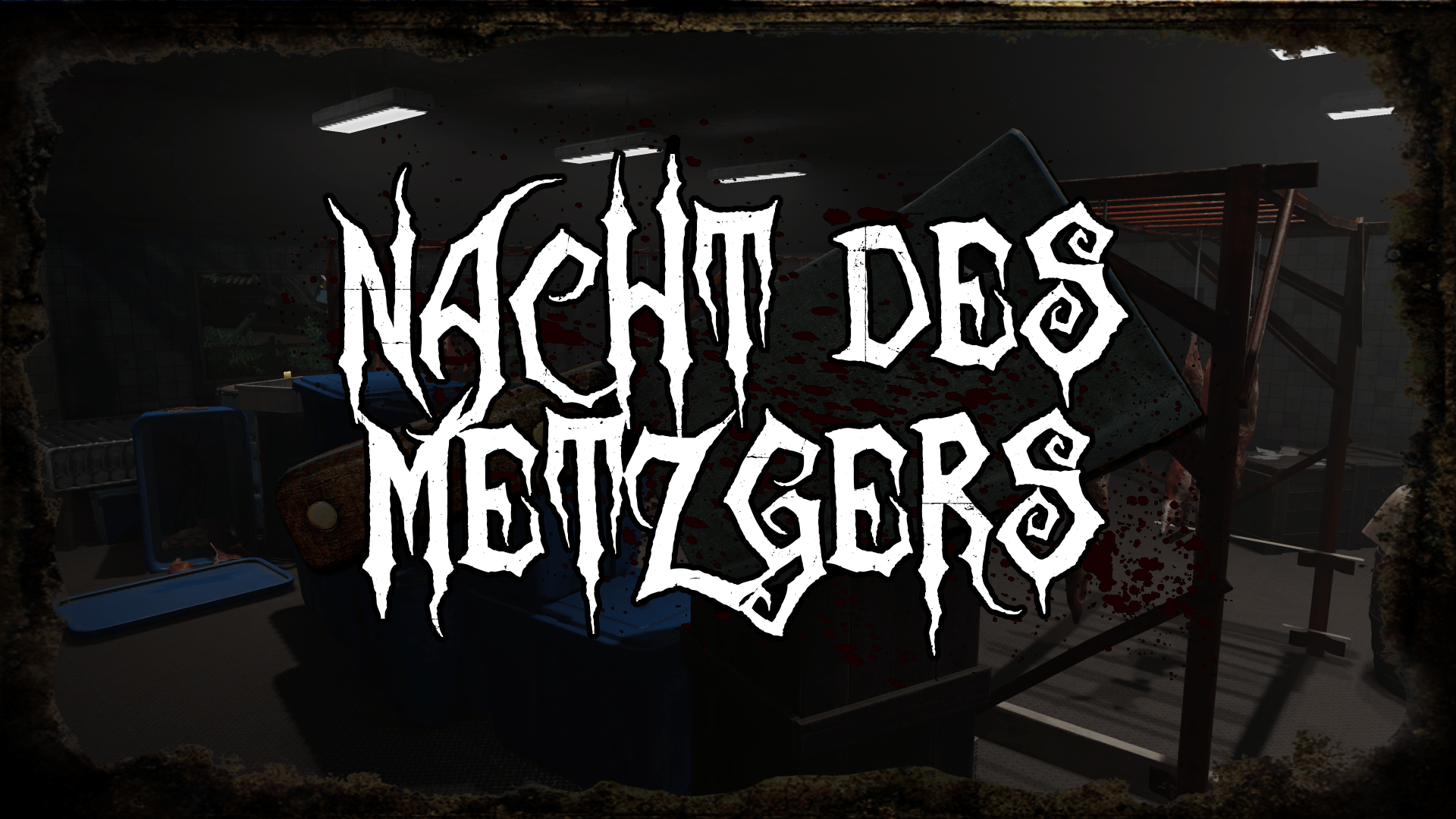 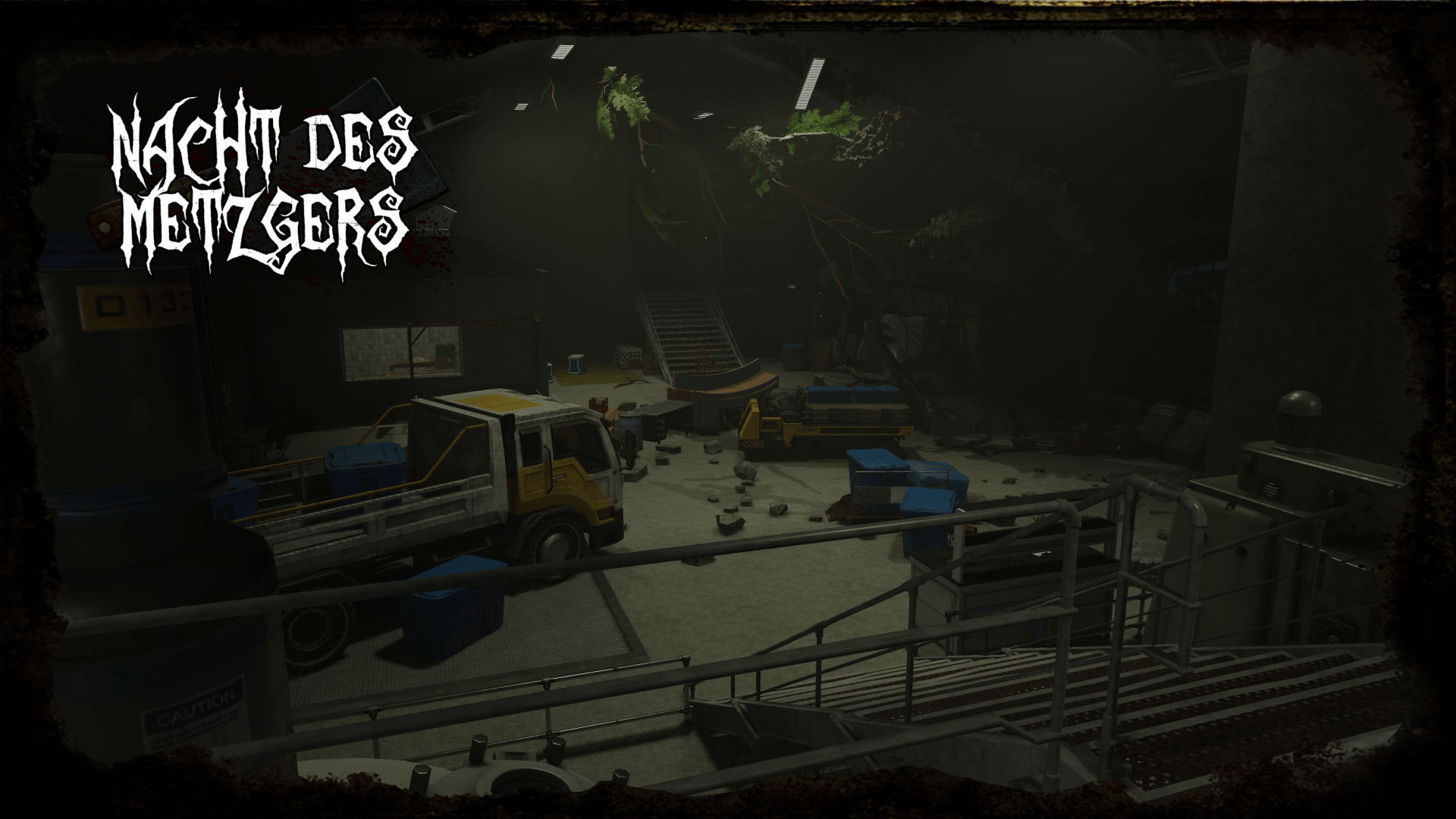 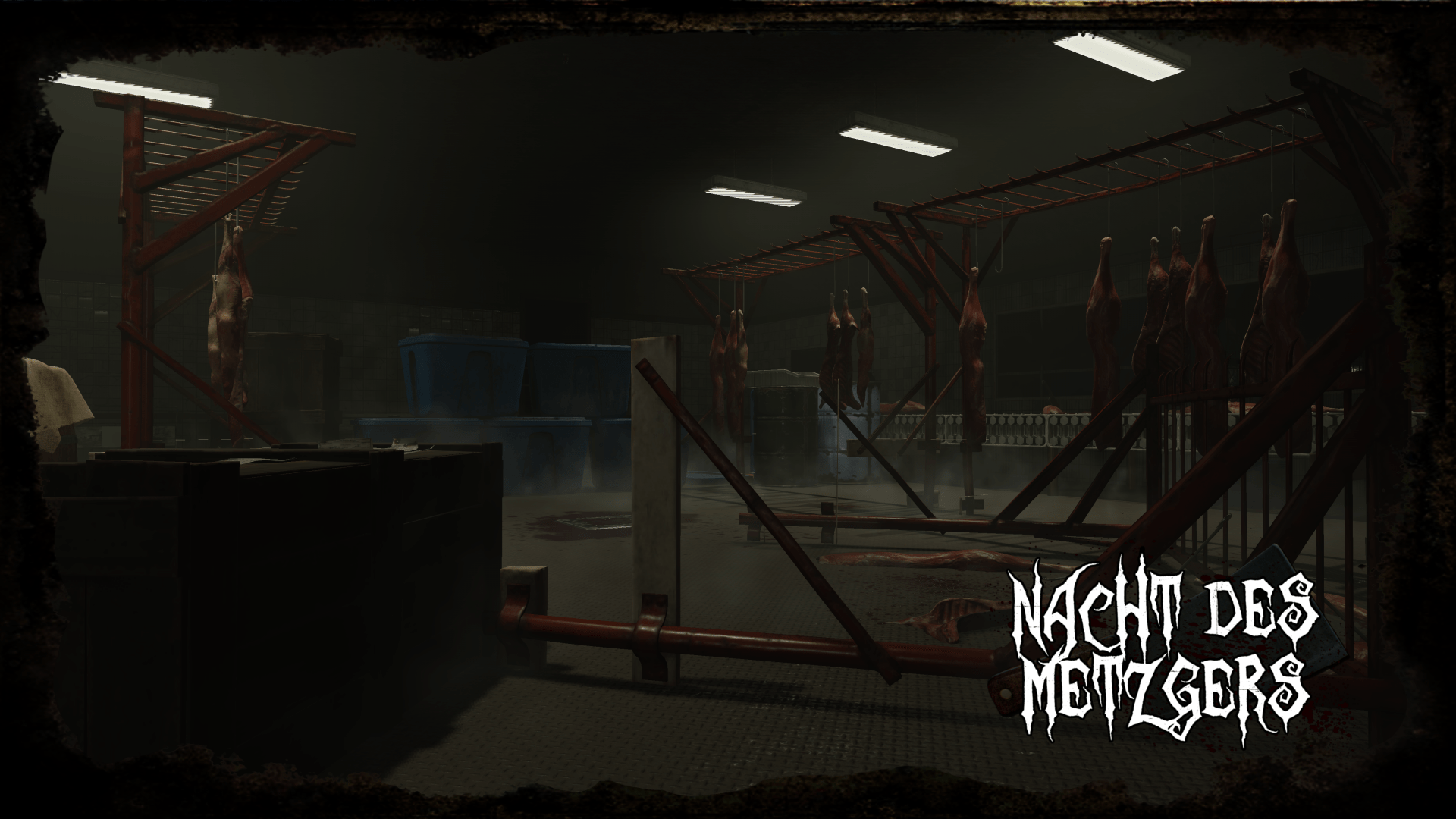 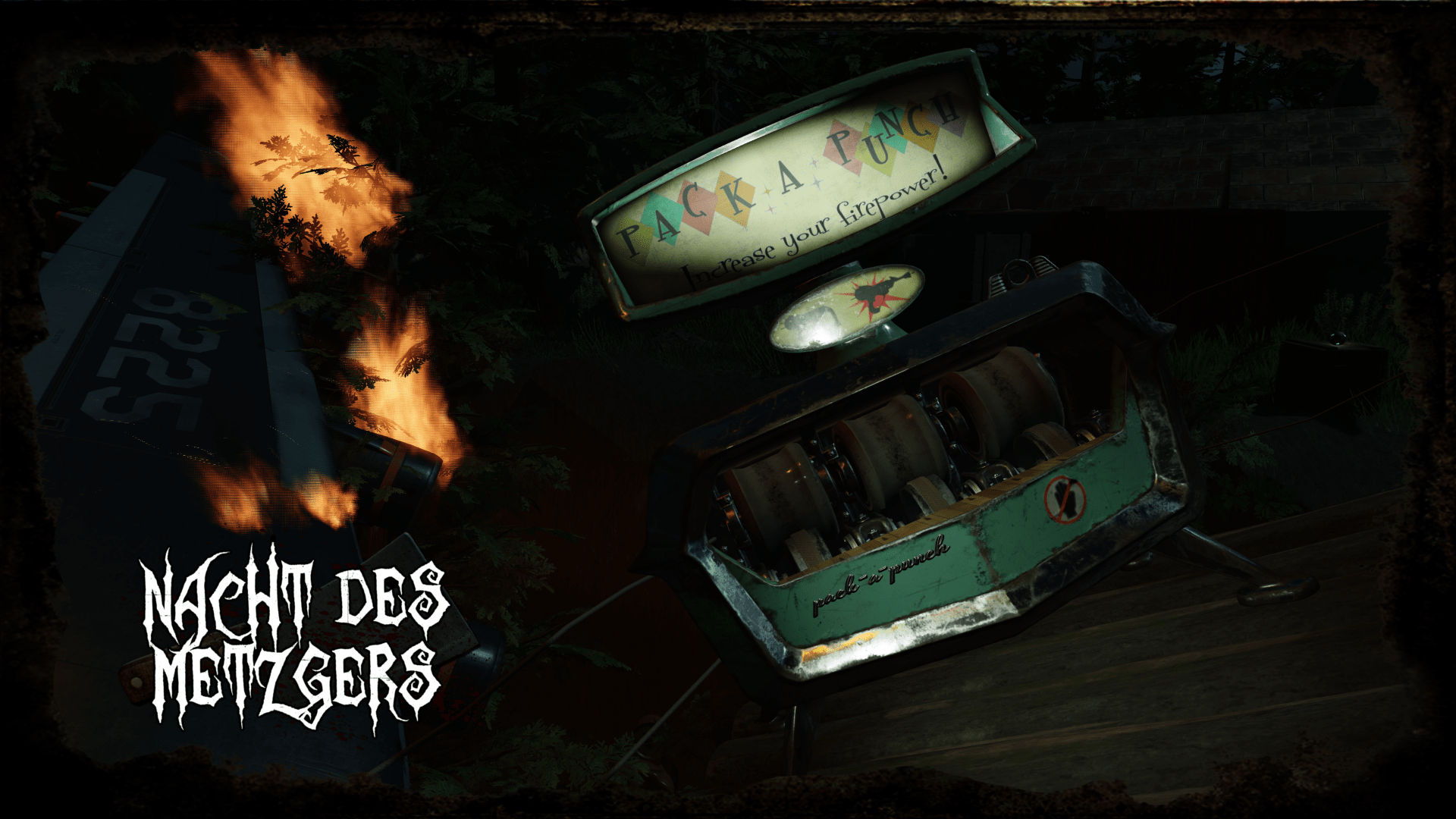 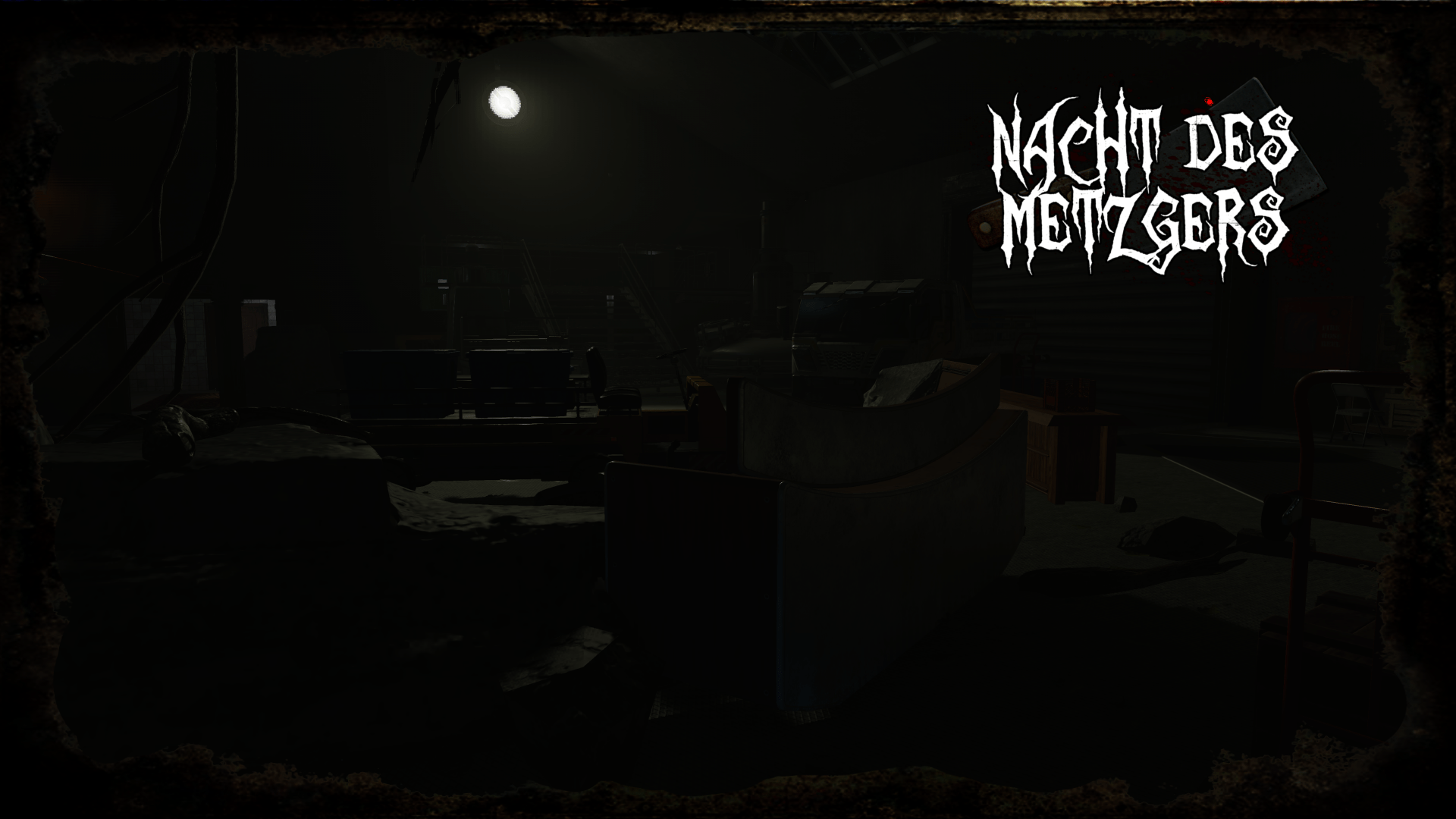 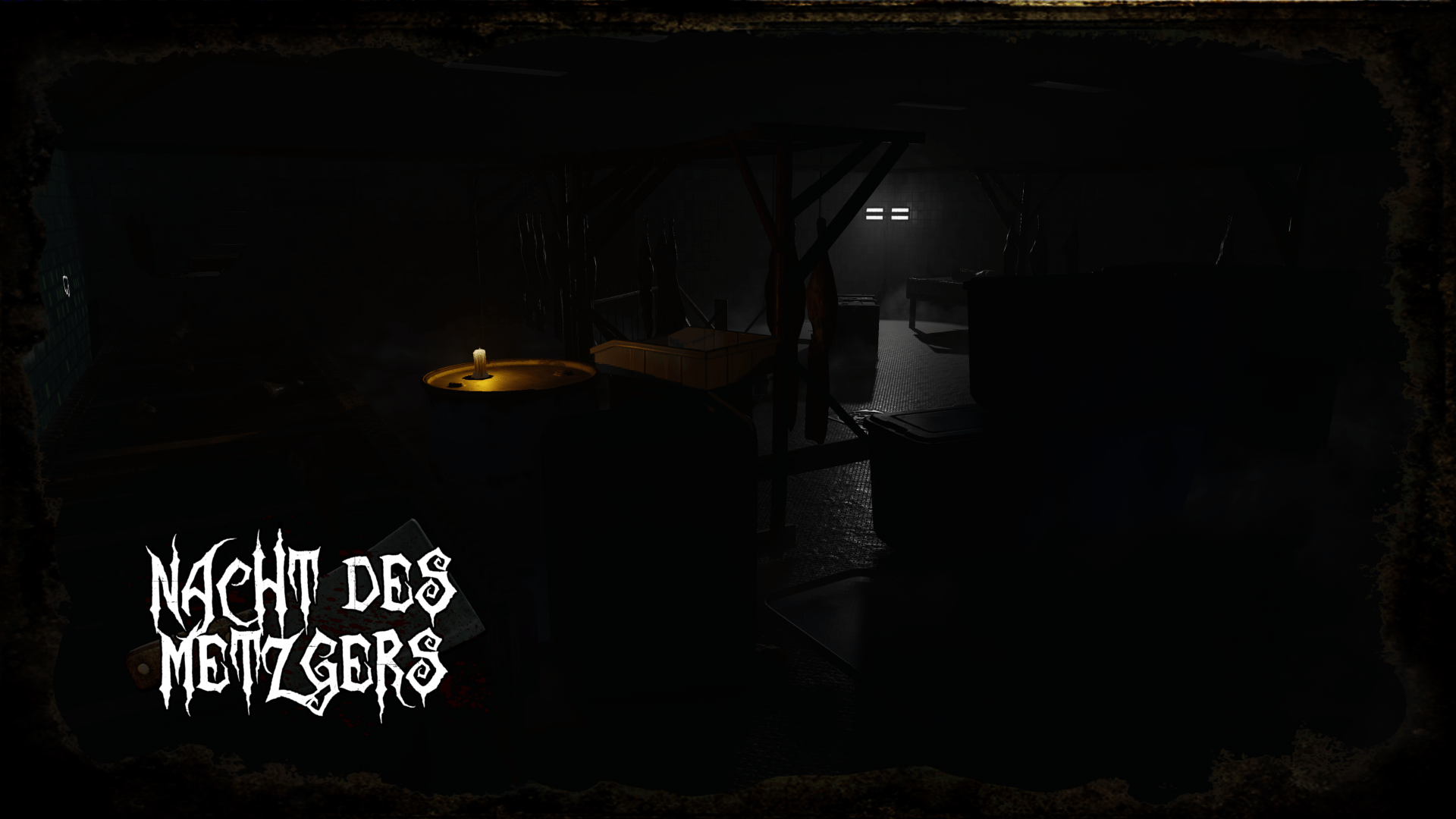 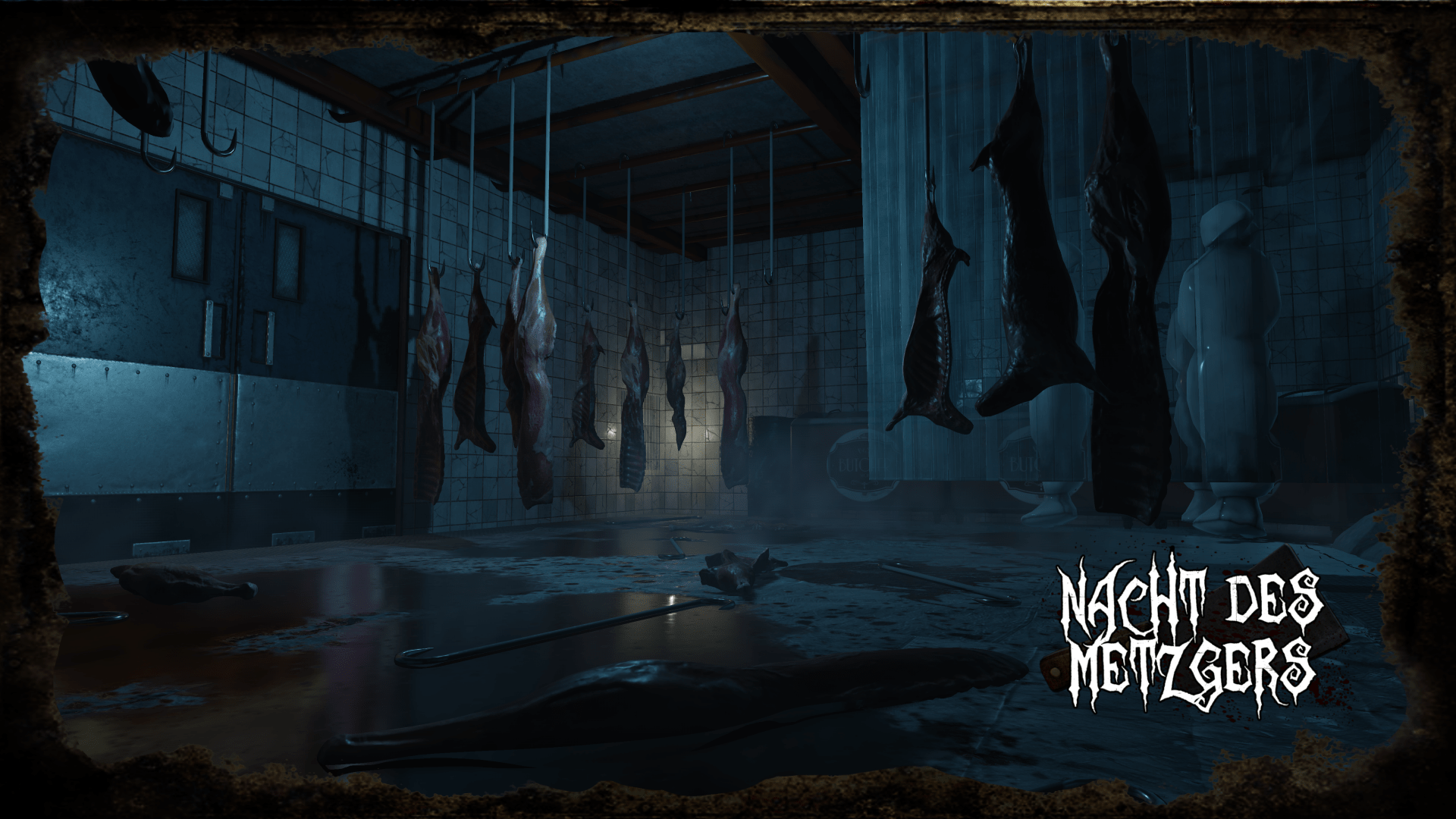 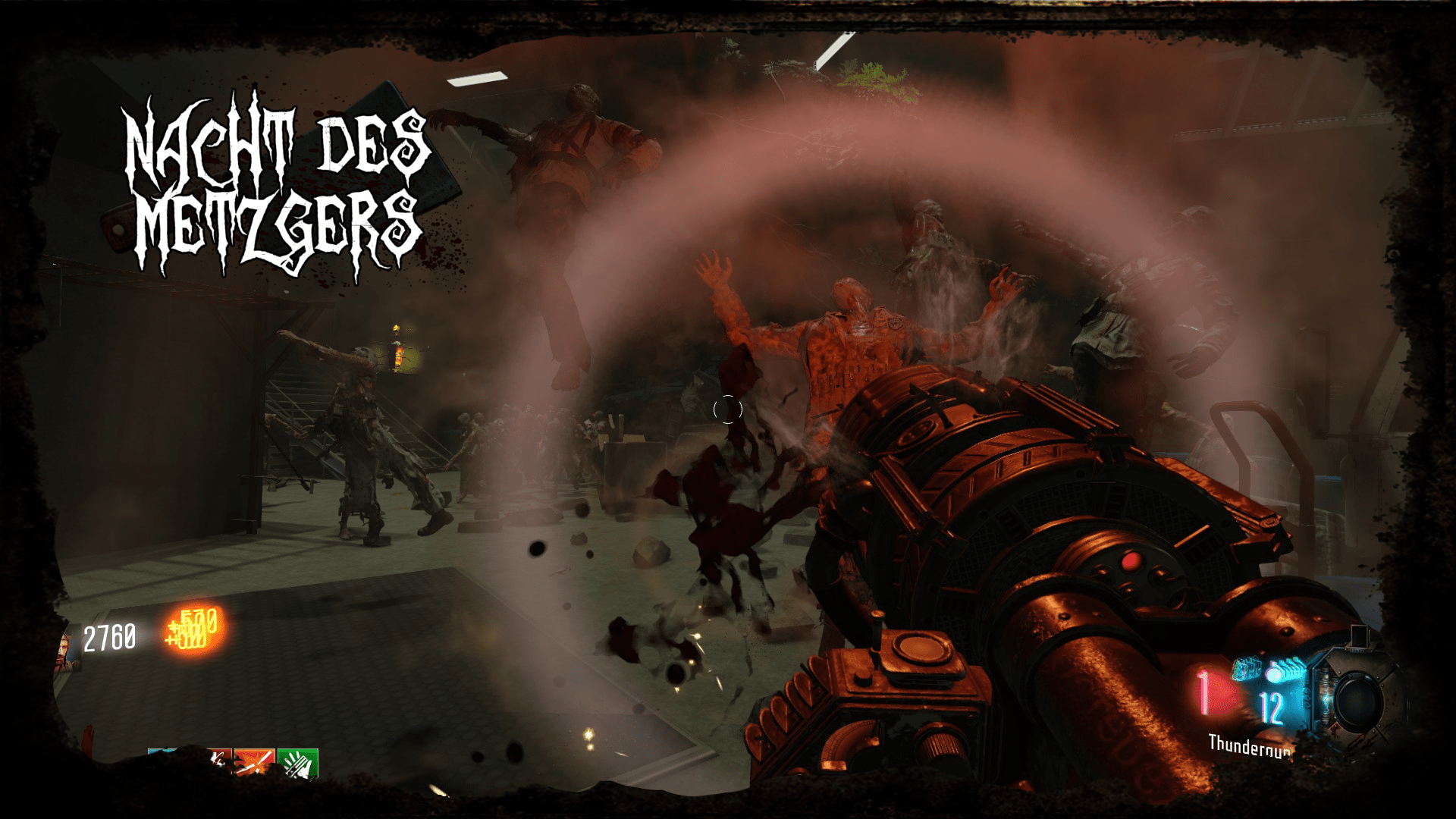 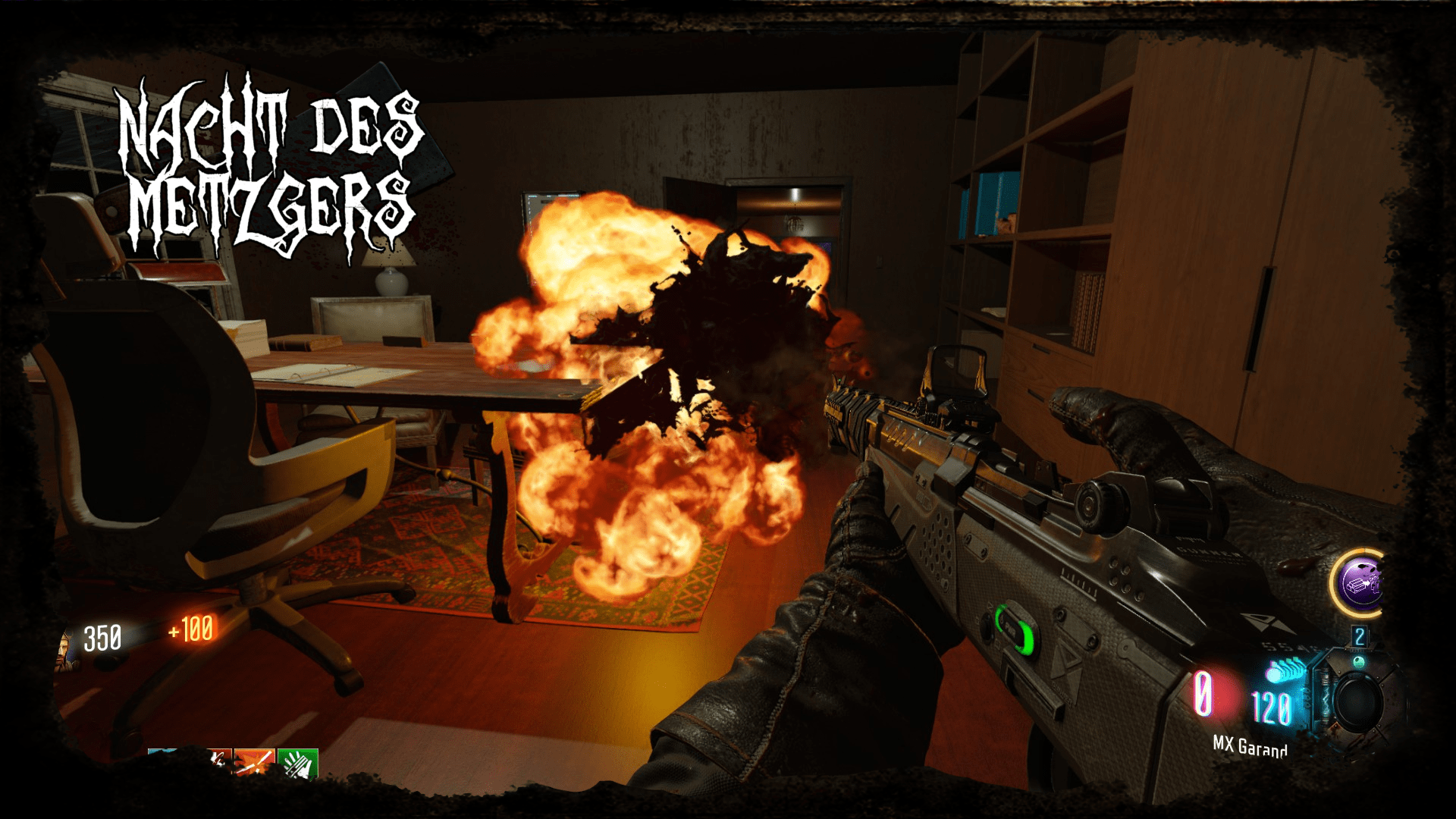 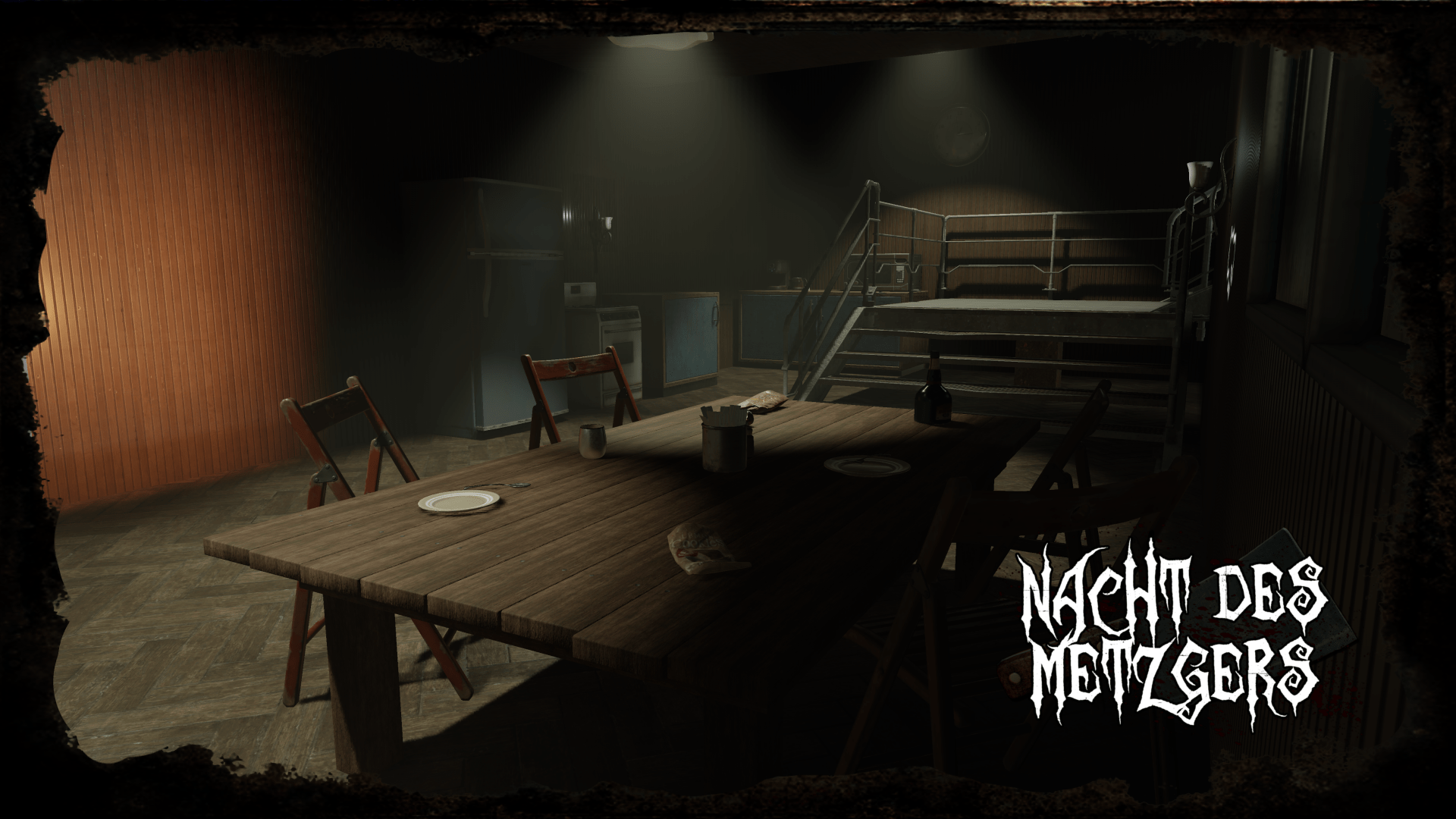 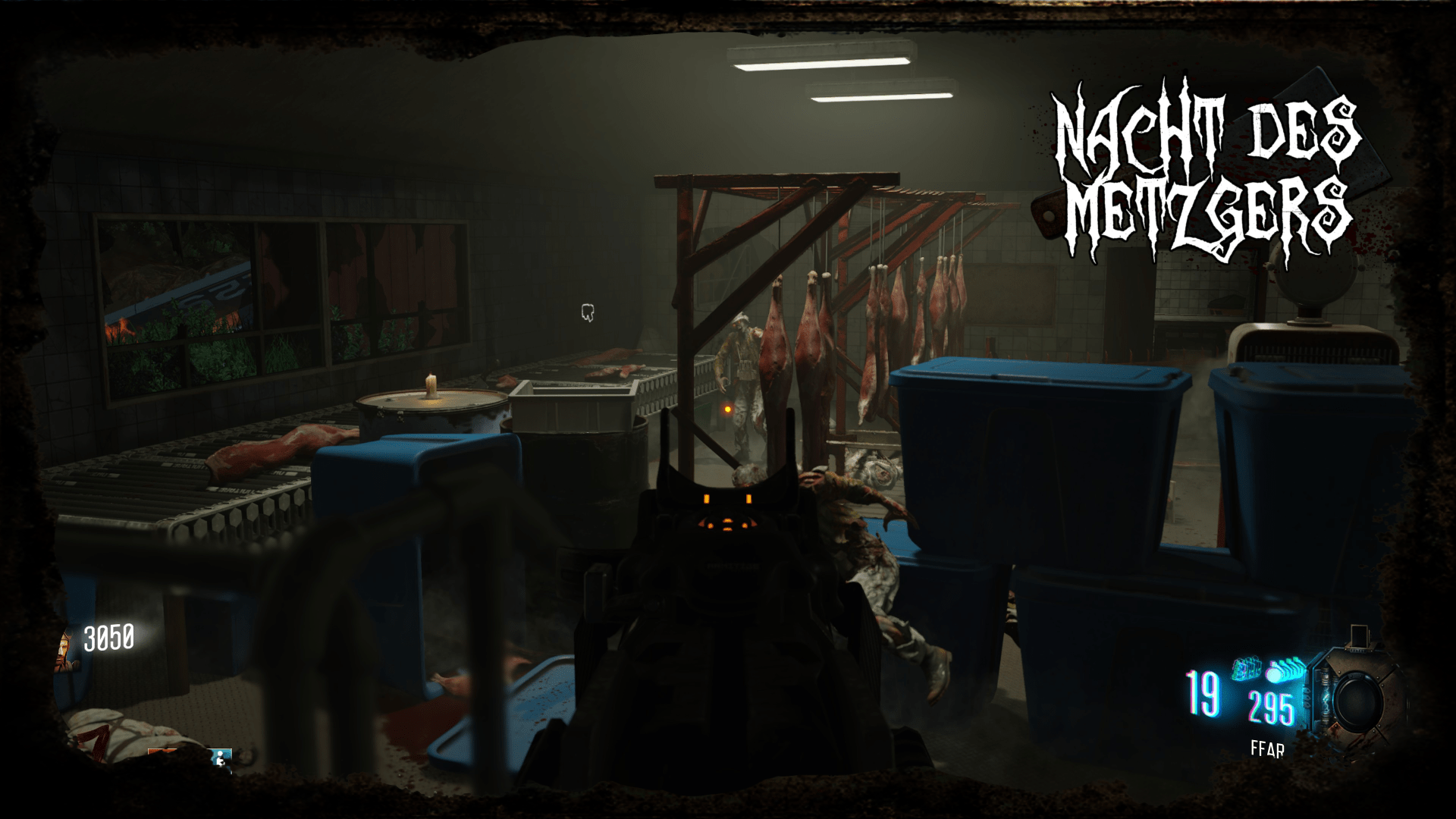 DESCRIPTION
Located within the dense cover of southwestern Germany’s aptly named Black Forest, our four heroes have ventured into the venerable Herr Dreschendbeutelmaus butchery. What was once a thriving business now finds itself as an epicenter for the undead…

Unbeknownst to our heroes, and despite the factory being long since operational, this old butchery is absolutely loaded with various leftover and unprocessed meats. Meats that a horde of starving undead would decisively love to indulge on. An honest mistake, one might say. However this mistake may prove fatal for our heroes as they mow down the swarms of the undead for their lives in Nacht Des Metzgers – Night of the Butcher!

Note: If you’re coming here after playing Der Hafen or even Das Stahllabor, keep in mind that this was not only my first zombies map (that’s right, it wasn’t a box map!) but it was also my first time using developer tools of any kind. So basically, while I’d say it’s fairly decent for a first map, it’s nowhere close to being on the same spectacle as Der Hafen or even Das Stahllabor.

MAIN FEATURES:
Nacht Des Metzgers is, by design, a difficult map. Personally, I’ve never been a fan of zombie maps that are simply just too easy (for example, Der Eisendrache), or maps that can otherwise be easily cheated with a basic “ring-around-the-rosie” with Dead Wire strategy. Once you’ve gotten yourself all set up in these types of maps, I find that the gameplay loop gets a little stale (for me anyway, I realize that some zombie players enjoy the more casual experience).

This map is more akin to the difficulty levels of say, the original Verruckt, except with a pack-a-punch. Or perhaps like Der Riese, but without the catwalk. Or even Gorod Krovi, but without the Ray Gun MK III. This map is no pushover, and is guaranteed to keep you on your toes at all times. Nacht Des Metzgers takes no prisoners – and neither does Brutus!

CREDITS:
A large majority of the following assets (including those that I created / ported myself) were only made possible thanks to DTZxPorter’s Wraith & Kronos tools, Scobalula’s HydraX & Greyhound tools, and Ray1235, Scobalula, and Aidan’s CoD Maya Tools.