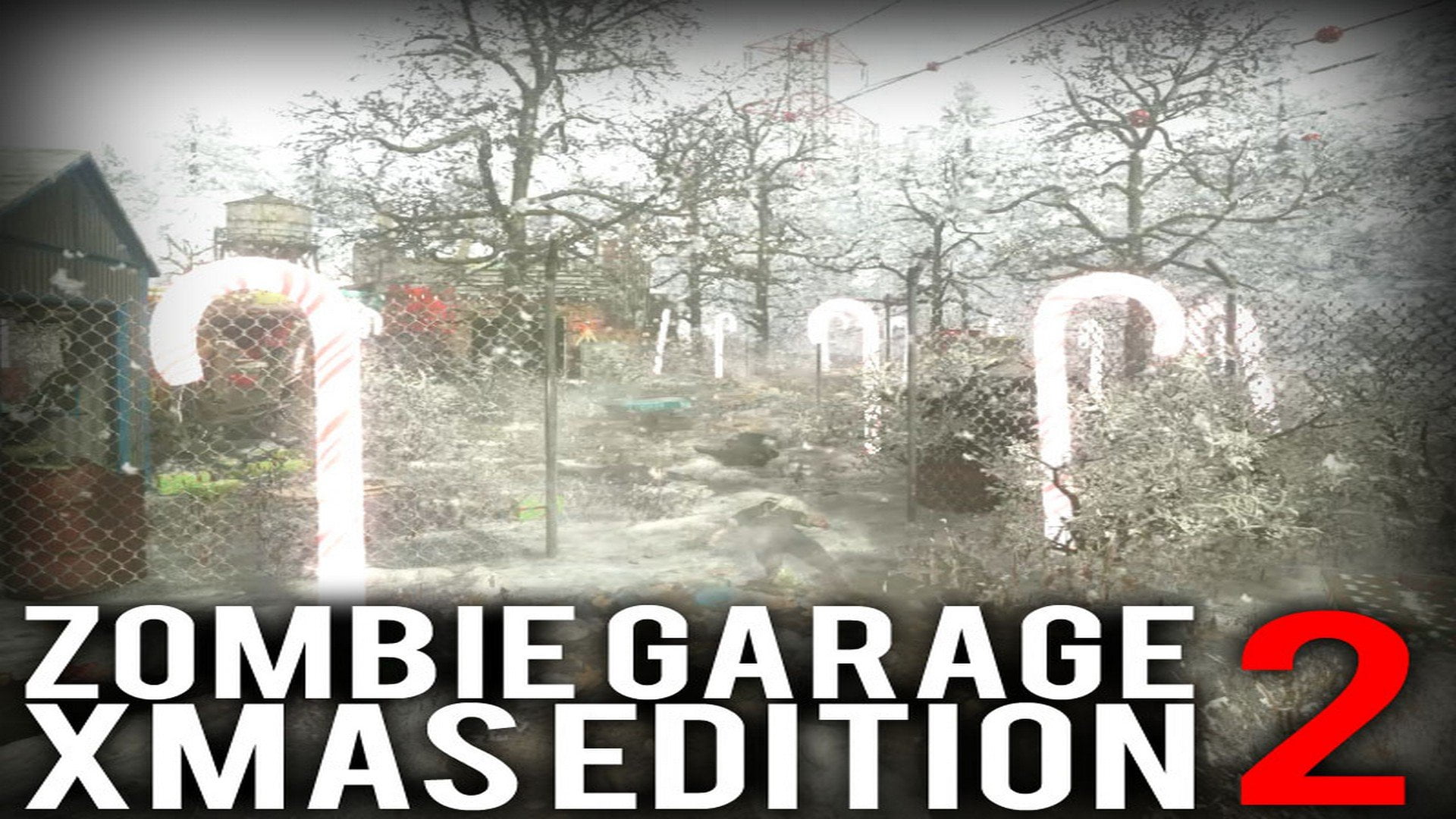 How To
NOTE: This map is designed to be small like the original, it’s a survival map, about Nacht’s size, so don’t expect crazy Easter Eggs, etc. Just sit back and relax with your buddies in some epic zombie killing, match it with the amazing mods listed below for Gun Game, etc. Enjoy!
As the recent outbreak sweeps through the United States, killing all those around you, you and your team take shelter in a nearby Garge, but things aren’t what they seem.

This is a reskin of the remake of my first WaW map, this has been about 2 weeks work transforming it into a Christmas wonderland, I’ve put a decent amount of effort into it and hope you enjoy it! The original Zombie Garage can be downloaded here: https://www.ugx-mods.com/forum/map-releases/29/release-zombie-garage-v1-1/11841/ and the remake can be found here: https://steamcommunity.com/sharedfiles/filedetails/?id=1891700770

It’s a basic survival map, think Nacht Der Untoten with perks and some extras in terms of size, features, and scope. Just get some guns, sit back, and kill some zombies!

Differences from the remake:
Weapons

The map deliberately does not have custom weapons because I want to ensure compatibility for mods on the workshop, I highly recommend the following mods for this:

NOTE: To make use of a mod, simply subscribe to any of them below and select them in the “Mods” main menu of Black Ops 3 before starting the map! Yes there are people who have asked how to launch and download mods..

If you just want weapons and some other small stuff I recommend Psh’s mods: