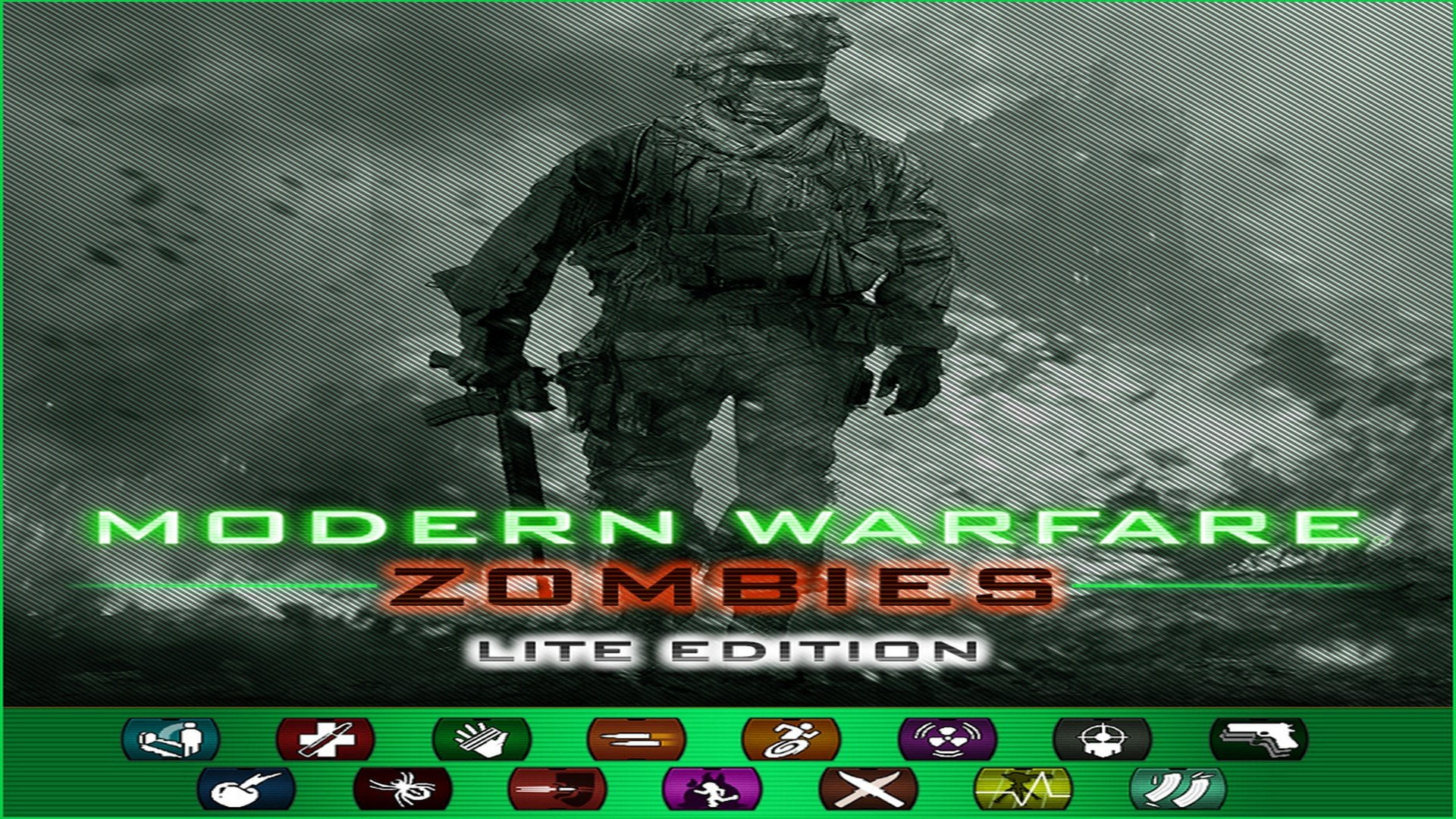 Relive the MWZ experience, but this time, with higher custom map compatibility!

The most common questions and requests regarding the Complete Edition of the mod surrounded the topic of combining the weapons with custom maps. Now, this is the lightweight version that will meet those demands.

It will always be impossible for every map to work, however, this version will work with significantly more custom maps than the Complete Edition.

For the most part, this is as many features as the Lite Edition will receive. If you want to use more weapons or features, please refer to the Complete Edition, which is only for Treyarch maps.

Different maps have their own set of characters taken from MWR’s multiplayer mode. Not every perk listed is available on every map.

It is possible to get more perks than what is included in the mod, if a custom map has them. An icon may not show or mismatch if the perk isn’t supported (I have to make icons for extra perks that are specific to that map).

Starting Weapons
The M9 Beretta with Tactical Knife is the starting weapon for all maps.

Depending on the game mode and options selected, various power ups will be enabled by default or can be earned.

Note: Most of these additional features are unavailable on custom maps.

The Pack-a-Punch machine has been added to the World at War Zombies Chronicles maps that lack it: Nacht der Untoten, Verruckt, and Shi no Numa. As well as some custom maps that lack the machine, like Clix’s FARM.

Most of the weapons can be inspected by holding down the reload key (R by default). Weapons may gain/lose their inspect animation upon upgrading, as its set of animations may be different. You can cancel the inspect by shooting.

Magic Wheel and Trading Table are not available on custom maps. They need to have their specific co-ordinates set on a per map basis. Some custom maps will have them added in the future.

The cost of the Magic Wheel will increase by 100 for every use (for everyone) until it reaches 1000, at which point, the cost will increase by 500 per use. This caps out at 10,000 points. Cost resets the next round. Read FAQ to find out what it can do.

There are several custom perks in this mod, one of which has its own machine.

A killstreak is kills without going down or dying.

Specialist Bonus requires 800 killstreak for most perks (similar to Perkaholic) that are permanent.
The cost is cheaper with Hardline for 650 killstreak for the bonus.
Quick Revive isn’t permanent in solo (3 uses as usual) and Mule Kick doesn’t remember your third weapon.

Doomstreaks are granted automatically as the player performs progressively worse. Going down counts once towards a Doomstreak, while dying counts twice as much.

Players who perform poorly will receive temporary buffs to help them out. Players can upgrade more than once for various proficiencies or special ammo. These offer passive buffs or new ways to use your weapons when applied. Thanks to everyone in the comments and forums who also reported bugs or provided their feedback. It’s greatly appreciated! 😀

If you offered any major help or a tool that I used, and I didn’t list you here in the credits, feel free to let me know so I can add you to the list!

There are smaller bugs that I am aware of and will fix as I update the mod. Please report any that you find just in case I don’t know about it (co-op bugs or map-specific bugs are harder to find).