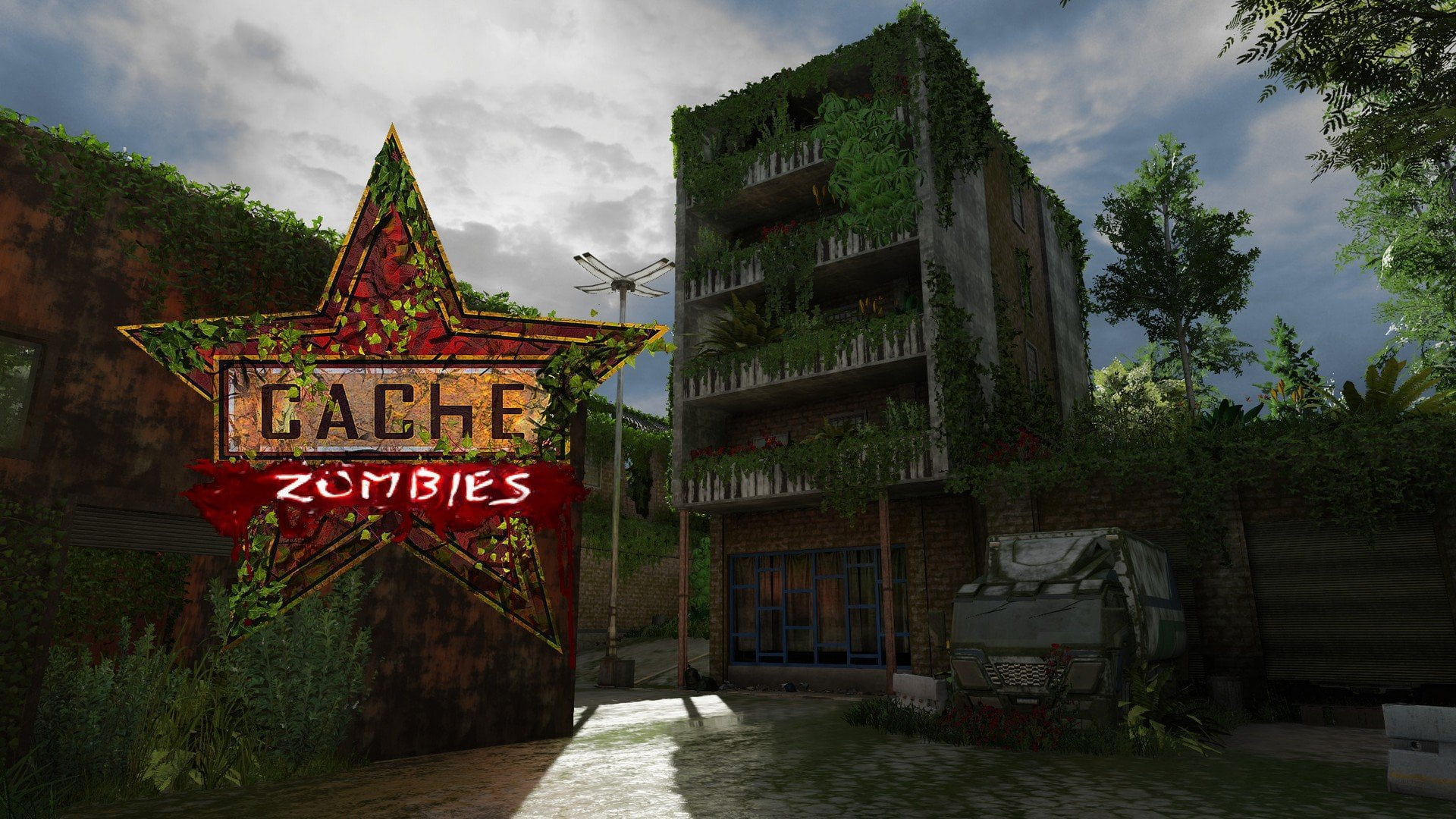 Requiem, with breaches from the aether popping up all over the world, the planet is reacting to the phenomena and vegetation is growing at a rapid pace. Rumors has it that Omega went to the recent ghost town of Chernobyl to study the way the radiation is reacting with the breaches. Though…. our inside man has not sent over information on the site and I fear the worse. I’m sending you in to discover what happened… Civilian uprisings around the globe have gotten louder and more aggressive… Perhaps they discovered this site as well. Stay on your feet, team… And exfil when ready. Weaver out *Radio cuts off*

This is a love letter. I *started* remaking cache when the Mod tools were first released, having lost the flies due to life being life. I then proceeded to make TWO box maps(one made while I worked on the old Cache), that did very well! Thank you guys for the support on those map! I may have a 3rd and FINAL one in the making 🙂

This is my LONG awaited, and long over due remake of Cache. If you load up the old maps that are still up today, you’ll see the night and day difference(Literally). I put A LOT of work into making this map. That being said, I also went over the top with the decorations and the map *MAY* run like doo doo for you. Running on a 2080Ti and a 9900K at 4K max settings I dip below 100 at times(first world problems, I know.)

I hope you guys enjoy, whether I make my final box map is up for debate, but know I put my soul into this map, as someone who doesn’t know much about coding and other fancy foot work I think I did pretty well. I appreciate your time, and to those who do post videos of the map on YT… I appreciate you spreading the word and I love watching your strats to beat it as fast as possible! 😀

Some psycho broke out of my map! (He also did some trick shots!)
https://www.youtube.com/watch?v=xFsBsL7bNA0

If ANYONE is curious about the development of the map, I implore you to check my Black Ops 3 Mod Tools screenshots, by clicking on the icon below!

*I DO NOT OWN CACHE, CACHE IS THE WORK OF FMPONE, Volcano and penE, and is owned by them and Valve*

Map includes:
– “Custom” PAP camo.
– Ported weapons from cod games of the past, such as MW3 and BO1.
– Electric Cherry
– Modded power ups i.e. PaP and Time warp.
– Fire trap in sqeaky
– EE song (Currently Afterlife – Avenged Sevenfold) <- will update if changed.
– A buildable to unlock PAP (you have to clear a debris after this to get to it, but it is free!)
– Buyable ending
– No perk limit.
– “Custom Death Machine”
– Indicators to where perks are.
– A plethora of camping and training zones.
– Custom icons for perks and powerdrops.
– Amm-o-matic
– Max ammo tops off your magazine like in newer cod games.
– Zombies start of fast, and the rounds are longer (Subject to change)
– Black Ops Cold War Perk Machines