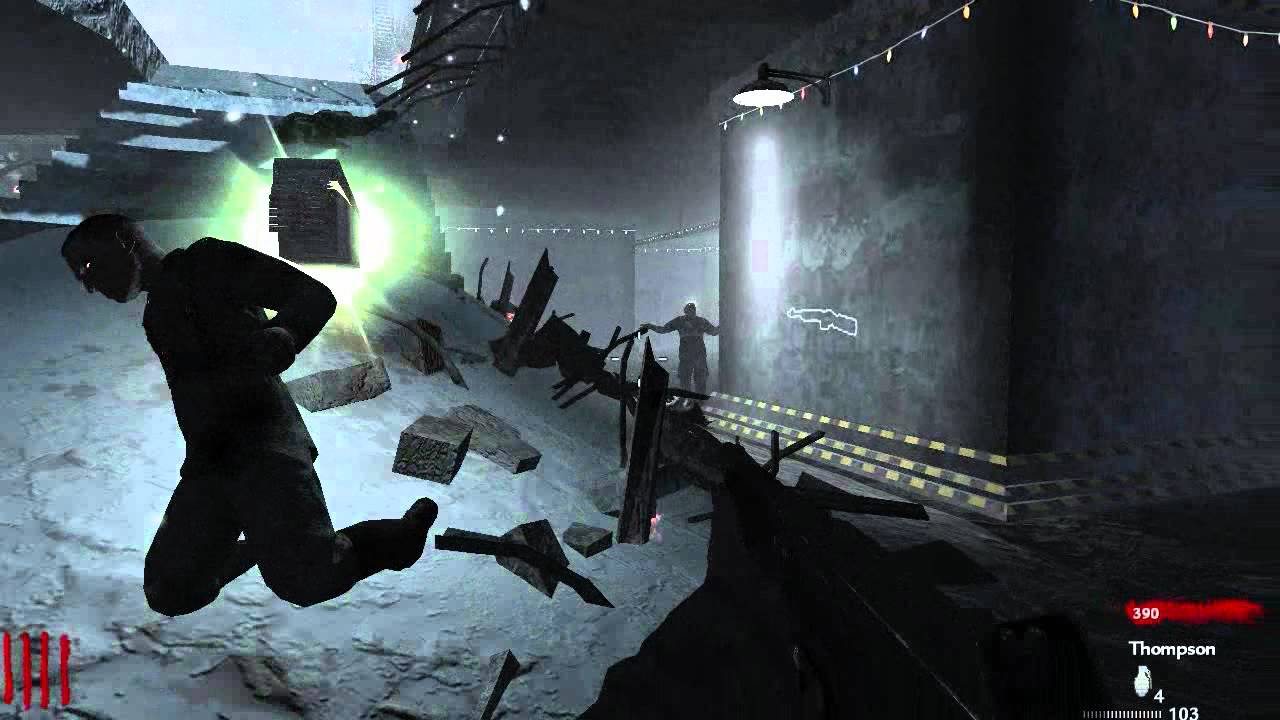 Nazi Zombie Subway (The Last Christmas)
By: Amishthunder and Sparks

Zombie co-op set in an underground subway with access to the street level.

There are 11 different ways for zombies to get in and Plenty of room to maneuver around while running and shooting at the zombies.

The Last Christmas DLC3 revamp – one of the first -if not the first- custom zombie maps ever made. This updated version simply converts the map from prototype to factory style along with most of its features(No dogs/teleporters).

Obviously because this map was prototype it isn’t very large – in terms of playable area its probably a bit larger than Nacht Der Untoten, so if your looking for a large map this isn’t for you.

Permission for upload & Revamp was given by [Treyarch]SparkyMcSparks.