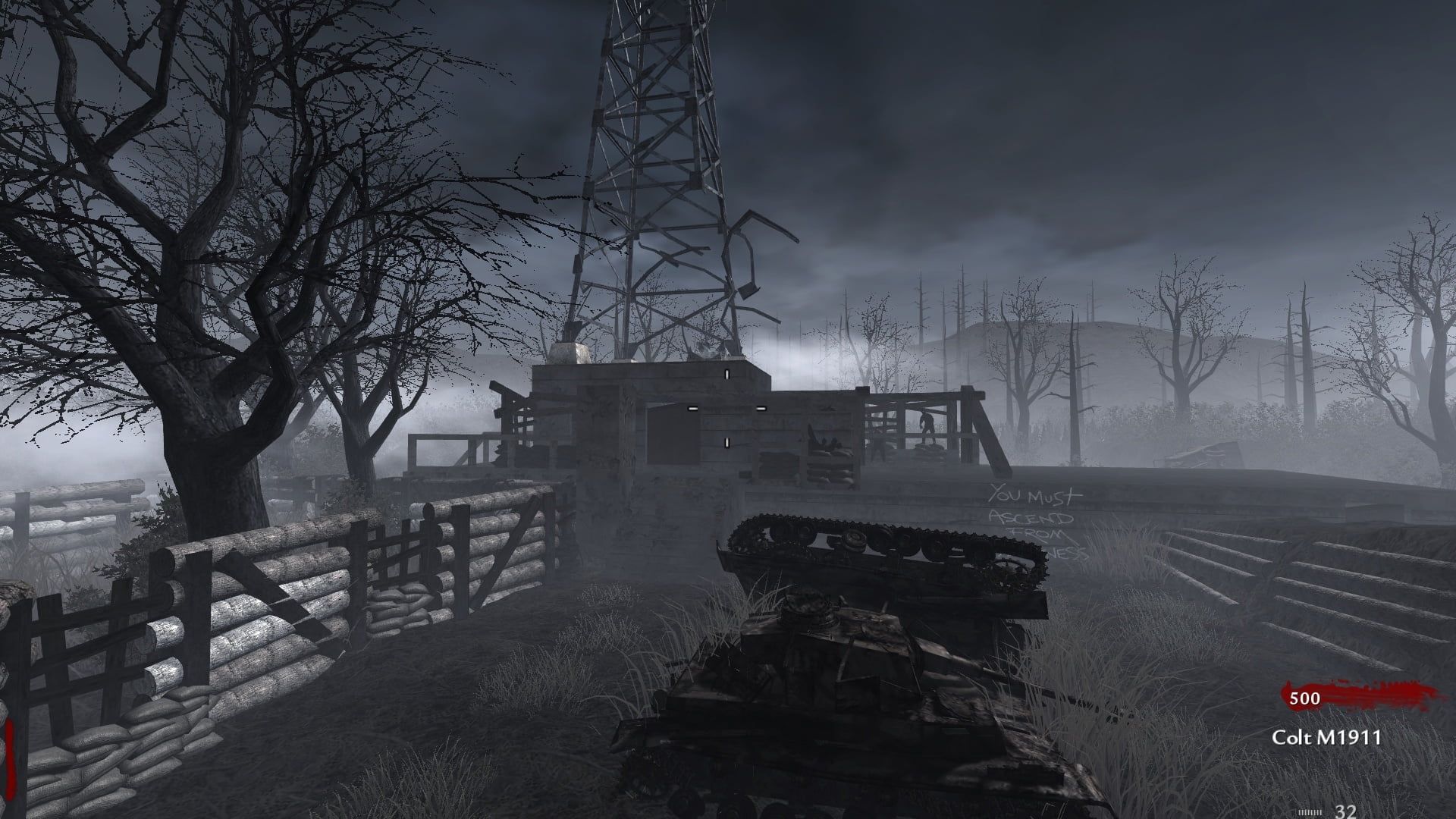 Fine work has been put into this map. There is a lot of detail on the outside, the inside of the house is lacking some but still looks alright. The custom weapon sounds and multiplayer weapons are a breath of fresh air for Nacht style maps. The multiplayer weapons do piss poor damage because they were ripped straight from multiplayer where enemies have 100 health instead of the zombies insanely high health. The 5000 point barricades to the turrets are weird, you have to pay 5000 points for every barricade. The other debris on this map is only 2000 points though. When you run out of mortars if you get them from the box they remove your 2nd weapon and you can’t get a second weapon back. Most of the weapons do so little damage it’s almost impossible to kill zombies.

Strats: Either run trains around the flipped tank in the box area or don’t buy the bookshelf debris next to the bazooka wallbuy and camp in the trench where it would lead to.