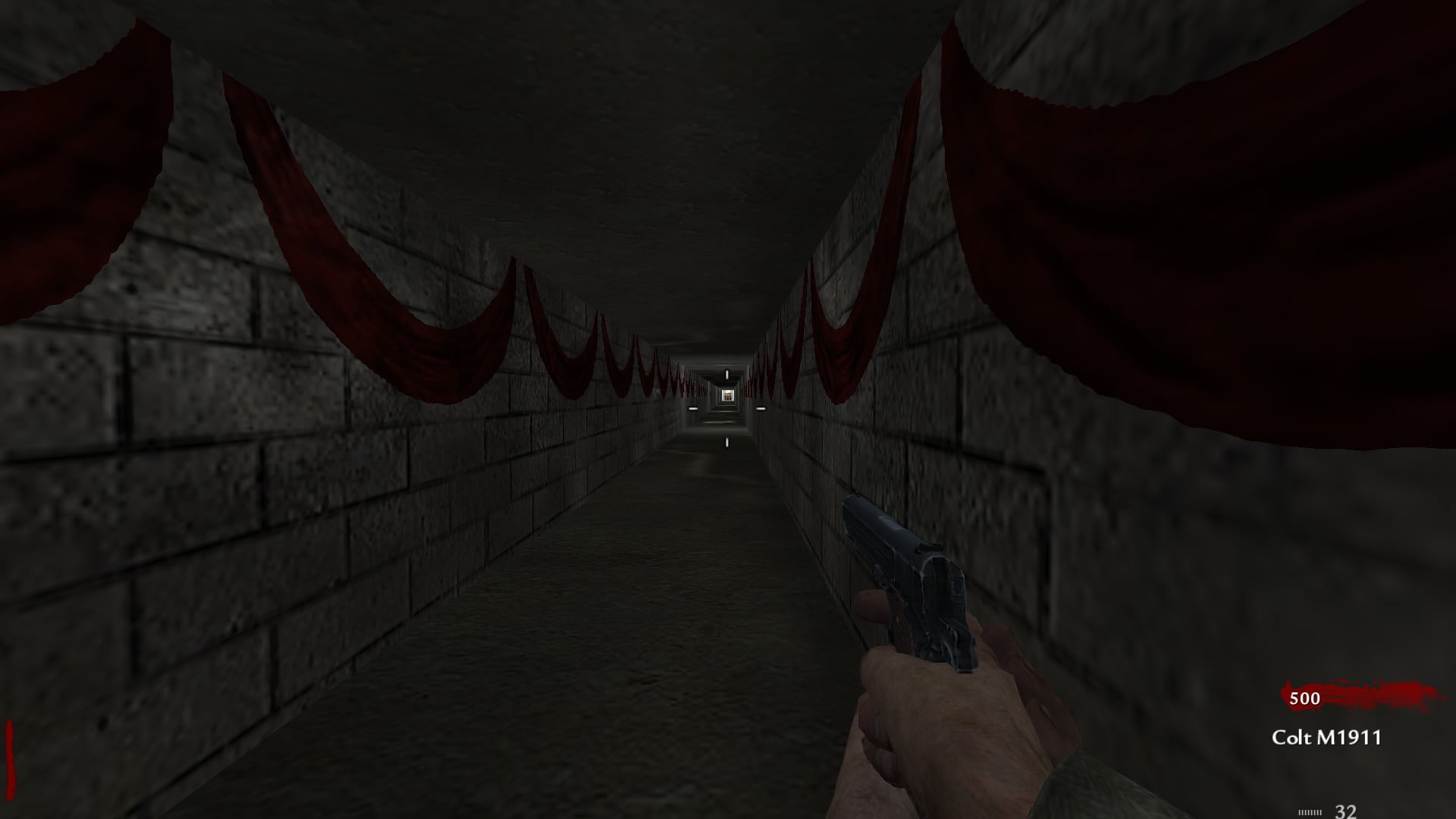 Description: Long hallway with a few windows along it and a big room at one end. At other end of hallway is a doorway, but you can’t go through it. Where the doorway is, outside and through it, is a courtyard where a plane landed (safely, somehow) and zombies crawl off the top of it and crawl down some sandbags that were placed to help prevent the plane from rolling toward the hallway. Also some destroyed vehicles. Main spawn room though – there are some rifles and bolt actions. There is a sniper cabinet hanging from the ceiling, and a mystery box in the midst of the zombies. Check the walls, check the ceiling, even check the ground for any god damn gun to help you repel these beasts from Hell!

The following bugs I know of:
Occasionally, by doing a certain movement or action, a few zombies will run at what appears to be a “hyper” speed, though they walk at about the same speed.

Credits: My brother and his friend for the idea

Ottawolf for all the scripting issues help and some major advice

All mah beta testers (you know who you are).

TreyArch for the mod tools and the game, plus the cool mode.