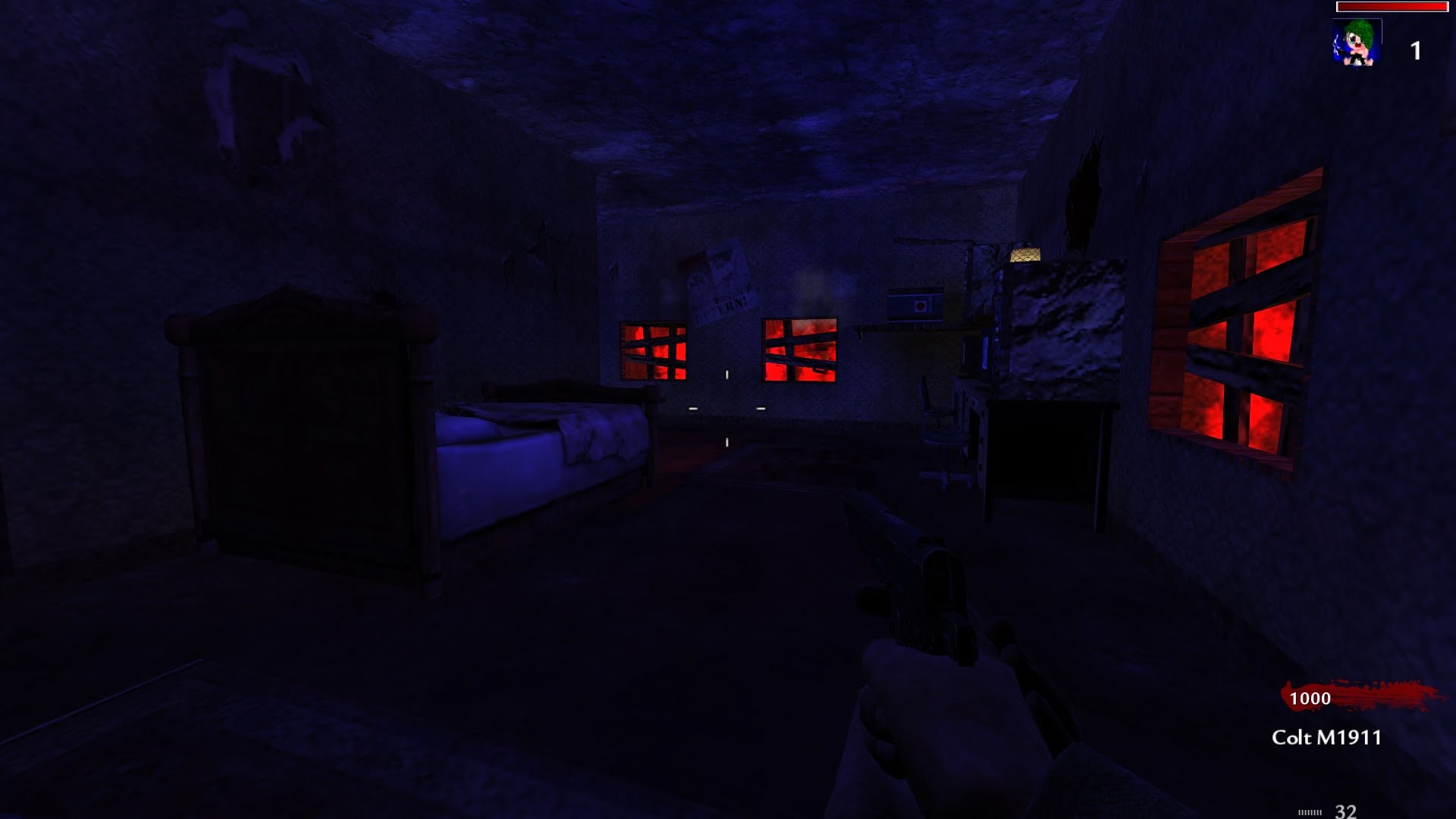 You’ve awoken to the sounds of loud screams and moans coming from the walls to find mysterious fire holes have appeared through out your home along with an army of undead creatures desperately trying to break through and tear the flesh from your bones!

This is not the big New Years Eve everyone had planned!

Fortunately for you there appears to be powers at here work other than the forces of evil and a glimmer of hope has emerged in the form of bright lights on the roof, eerie messages scribbled on walls and a mysterious wooden box has magically appeared in one of the upstairs bedrooms.

Your mission is clear; fight your way through the zombie hoards and make your way up to the roof and stop this hellish invasion before it’s too late!

In this map, salvation truly lies above.

* ZCT Mod (v1.0) – Different zombie types, increased/tiered difficultly, 7 perks, more power ups, share guns from the random box, etc…
* Unique zombie storyline arch set in today’s time frame, completely separate from Treyarch’s Nazi zombie storyline
* Lots and lots of custom edited ZCT Hell zombies (at least double the amount you find in normal stock maps)
* Fast moving game (no slow start – zombies come thick and fast from beginning to end)
* More special FX then your eyes can handle
* Both droppable and buyable perks
* Bigger and wider selection of weapons which include DP28, Type99 MG, STG-44 Scoped, Thompson Scoped, FG42 Scoped, PPSH Scoped, Pack a Punch guns, 4 new Ray Guns and a few Dark Guns will also make their appearance (making a total of 4 sets of guns to use through out the map instead of the usual one set)
* Objective game play
* Easter eggs / secret area’s
* Final boss battle accompanied with 4 new Dark Ray Guns
* Choice of going to the roof and ending the game (time trial mode) or ignore the roof completely and continue to fight endless waves.
*This allows for 2 types of competitive game play; who can best the map in the least amount of levels and who can survive the most waves before dying or a combination of the two; who can survive the most waves AND still defeat the boss?! (Remember the boss round gets harder / larger in number as the rounds progress, so if someone ever posts a victory screen shot at level 30, i’d be stunned!)
* + A lot of small changes and adjustments that are too many in number to list here but you will certainly notice during game play such as custom weapon place holders (a lot better than weapon chalk outlines)

This is the last public beta that was released before we radically updated it, the final release will be included in the ZM Map Pack due out in October.

To play this map in solo, bring up console and type: /map nazi_zombie_ott