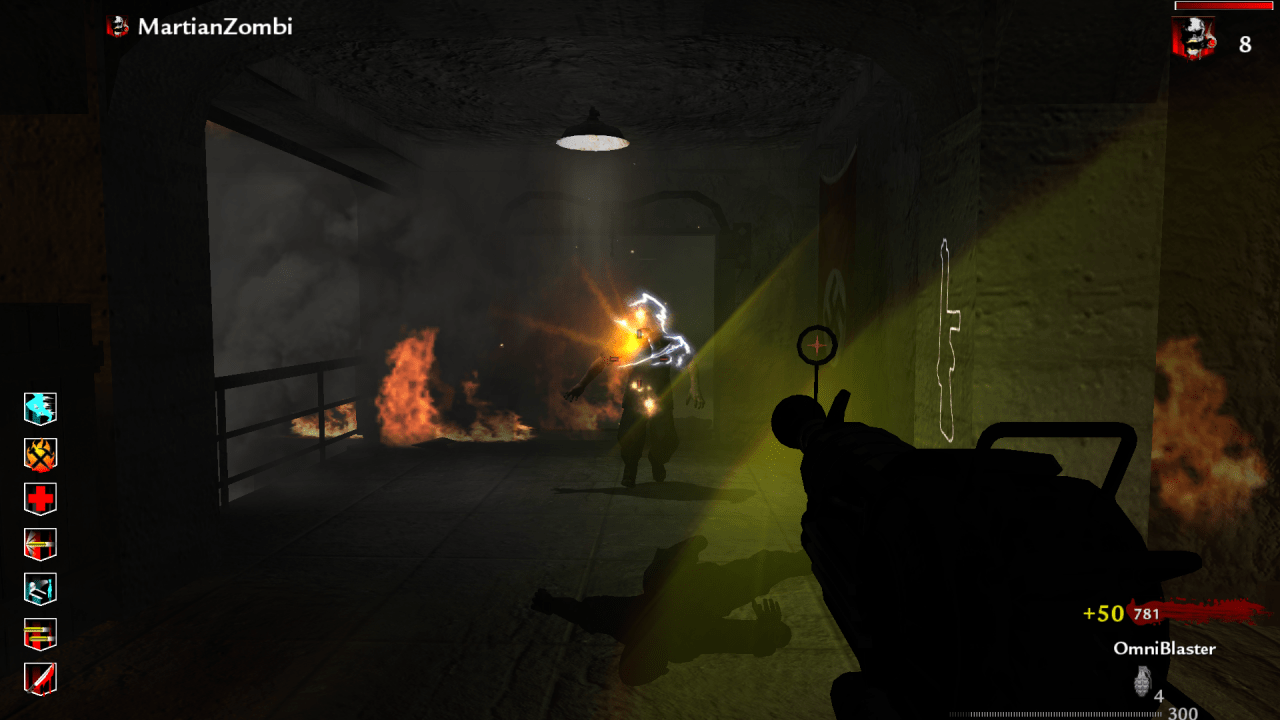 From the twisted minds of the ZCT team, we are proud to release our first map pack.  This is not your standard map download, its big, its badass and its hard. (Filesize : 317Mb)

Storyline:
In the latter part of the war, with numbers of dedicated soldiers being a concern, the Nazi scientists began poking around at bringing their fallen heroes back, to fight again.  Just as success was reached, disaster struck resulting in a catastrophic cross contamination.  The mix of research resulted in some odd phenomenon being reported in the area.  Your team was sent in to find out what the phenomenon is&#8230;.

Map 1: Desert Shack
On route to the bunker facility, a large dust storm has caused extremely low visibility.  You are forced to hold up in a shelter you almost drove into.

Map 2: Bunker
After not hearing back from beta team for 2 days, all members MIA, presumed dead.  Charlie team sent out to check on the reported phenomenon and report back any contact with Bravo team.  They made it to the bunker facility, but no reports on the status of Bravo team.

Loading maps for SP does not require console, options available from the menu.

These are extremely detailed maps with custom FX, textures and sounds.  The mod enables some verruckt features without the issues of using verruckt scripts. (Animations, water sheeting effect, attacks, and perks.)

Fixes in Game System
Fixed issue with Juggernaut not regenerating or &#8220;sticking&#8221;, some may have noticed this as constant heavy breathing, or a single slap and they&#8217;re out.
Fixed potential issue with toy box when M2 is not in the game.
Couple other minor issues resolved.

Notes from WoO:
Ive tried balancing out the perks with difficulty; I feel I have hit a happy median, during testing we could only get to level 18. There are no unfair health bonuses given to zombies making them tanks in normal game play, nor have I altered the round based method of the game or the intelligence (no grenade awareness or such).

This mod will be released as a standalone mod  around 1 week after the release of this map pack and will contain prefabs for including the features of this mod into your own map, including, turrets, force fields, power ups, perks (can be made easily to be buyable only for all 8!), difficulty zoning and much more.  During this week, I will be attempting to make the mod compatible with both prototype and verruckt style maps, currently only prototype style are supported (though you&#8217;d never know it)

Please do not leak any info other than what is given here if at all possible.

If you see a Server that says ZCT WARNING:
Do not launch, they may or may not be playing the mod because we Used the MAK LoadscreenTag As our Warning Screen.[/left]