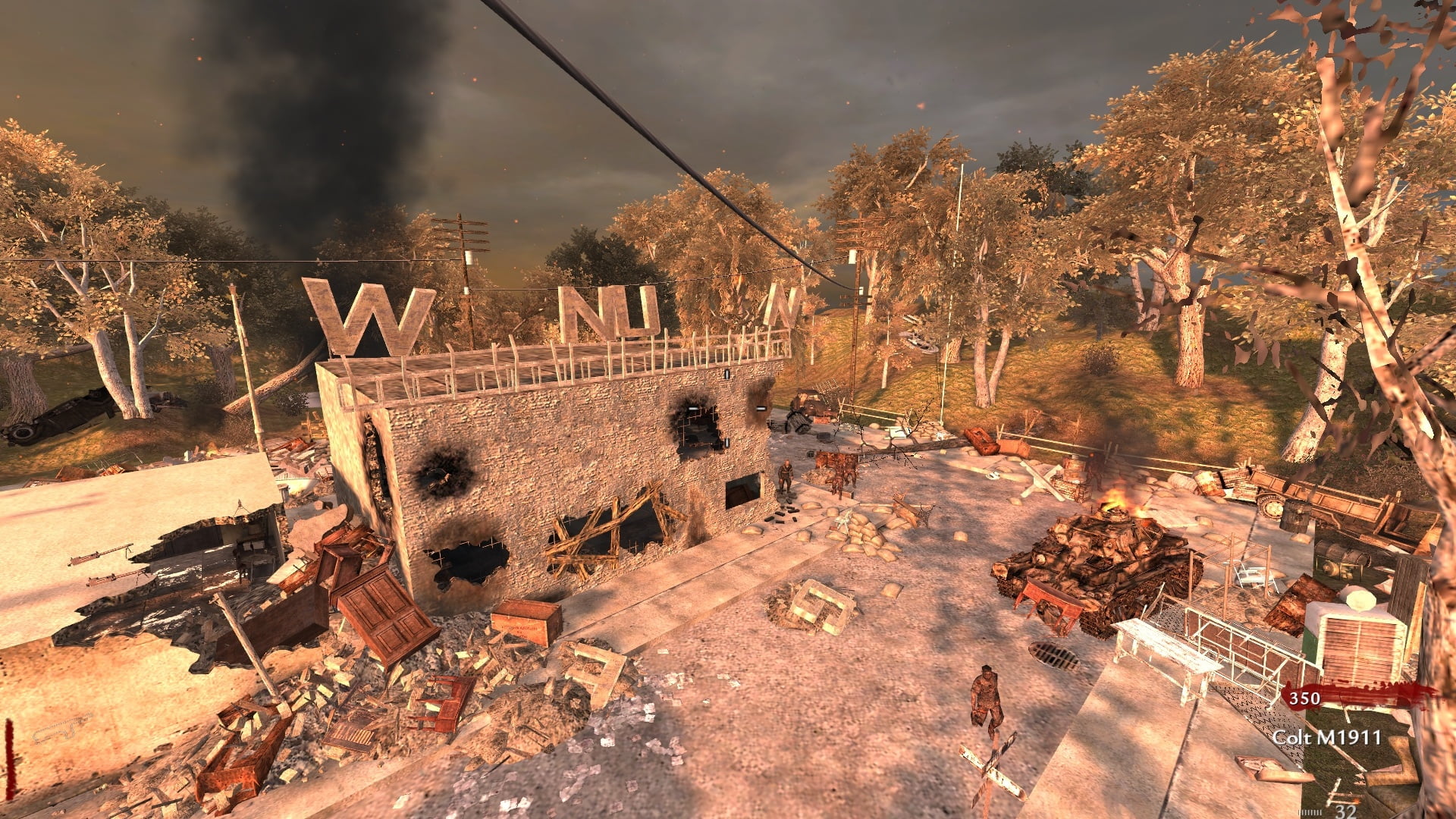 A small to medium sized map in a greatly detailed and atmospheric corner street.

Note: I’d like to thank everyone for the help and general support that has been given
to me for Frontier. Hope that you enjoy playing the map!

Special Thanks To:
– Beta Testers (There were a number of you which would make quite a large list

)
– Crackshot: For getting FX to work, really gave the atmosphere the touch it needed. As well as other problems.
– Lamneth: You’ve been there since I started the project, thanks for the ideas/testings/help/etc.
– CustomCod.com : Overall a great help.

Known bugs:
-Mosin Nagant bayonet is a bit odd animation wise
-Perks stay on hud after death
(NOT)~Not a bug, meant to show what you have bought, the perks will add on each time to the hud
-Some models like to pinch you occasionally