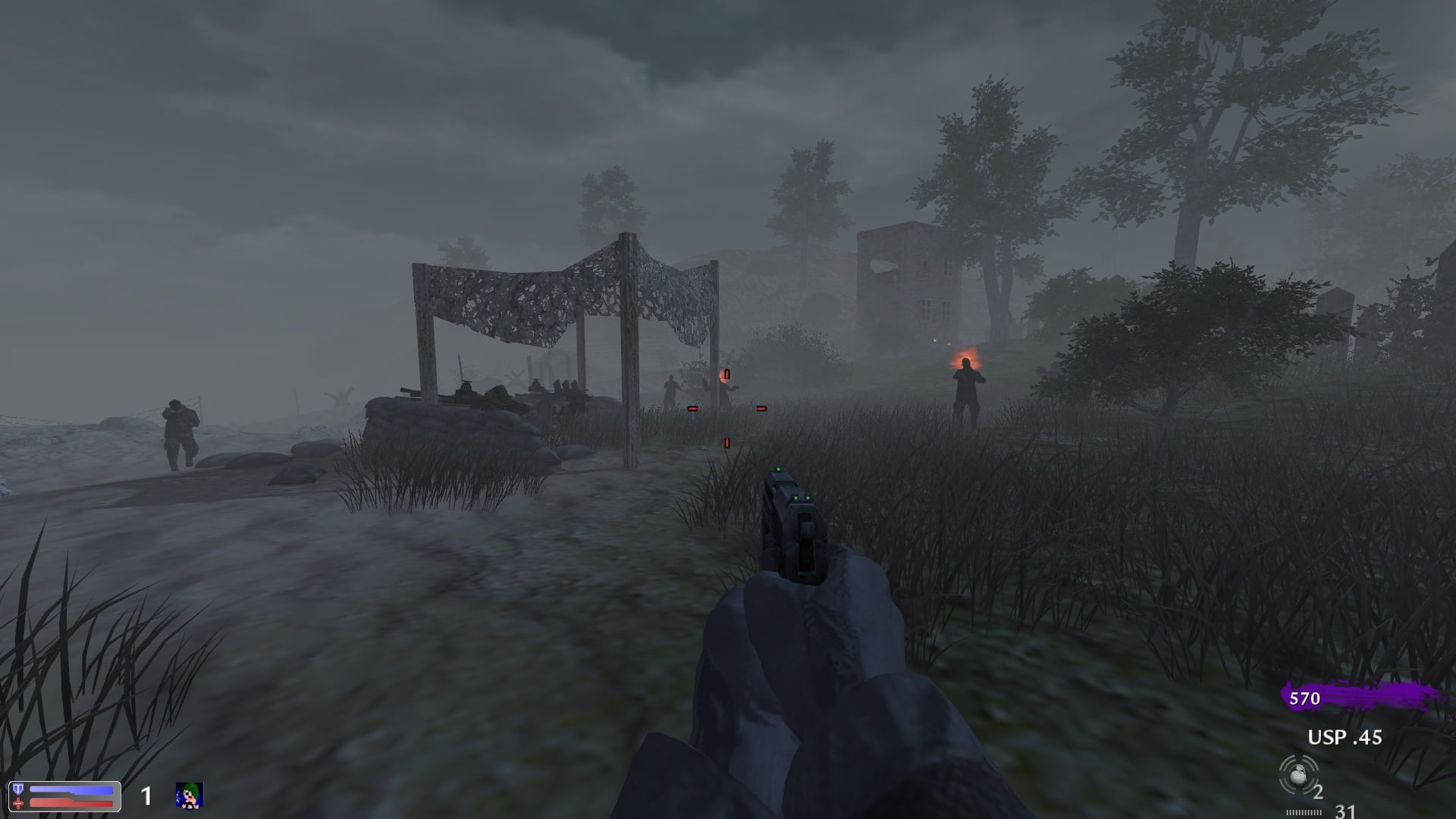 The unreleased map pack from the minds of Zombie Chicken Taco. Intended as an expansion to their first map pack, Map Pack 2 features the ZCT Mod 2 that includes new perks, new Zombie personalities, and modern weapons (Courtesy of Way2Evil). Being unreleased, the only two maps in this pack, ZCT Cathedral and ZCT Blizzard Shack, are unpolished and have issues that can interrupt the experience. As the map pack was never finished so to say, what could have been the finalized expansion to Map Pack 1 may never see the light of day. Regardless, enjoy what is currently in this unfinished map pack.

In the later part of the war, with numbers of dedicated soldiers being a concern, the Nazi scientists began poking around
at bringing their fallen heroes back, to fight again. Just as success was reached, disaster struck resulting in a
catastrophic cross contamination. The mix of research resulted in some odd phenomenon being reported in the area. Your
team was sent in to find out what the phenomenon is….

After not hearing back from the whole battalion for five days, all members MIA, presumed dead. Delta company sent out by
ship to check on the reported phenomenon and report back any contact with Bravo team. A large storm in the ocean caused
Delta company’s ship to be pushed off course. Delta Company was forced to come to shore, but they didn’t know what they
would meet once they got there, something they could never imagine.

Bravo team has been holding out in desert shack for seven months now, and during this time they have built on to the
shack, but now they face a new threat, an intense blizzard.

This an extremely detailed expansion pack with custom FX, textures and sounds. The mod enables some verruckt features
without the issues of using verruckt scripts. (Animations, water sheeting effect, attacks, and perks.)

Players seem highly reflective, please turn off specular in console, ( r_specular 0 ) this will get rid of the wet look.

This mod has been tested as thoroughly as possible, if you notice any bugs, please let me know and I’ll try to address
them. Wizzard~Of~Ozz *

I’ve tried balancing out the perks with difficulty; I feel I have hit a happy median, during testing we could only get to
level 18. There are no unfair health bonuses given to zombies making them tanks in normal game play, nor have I altered
the round based method of the game or the intelligence (no grenade awareness or such).

Extract to–If the [ /mods ] folder does not exist, Create it.

Note – Loading ZCT Cathedral for SP does require console, type this in console (~) once mod is loaded without quotations
– “devmap nazi_zombie_zct_mp2_3”

Note – Loading ZCT Blizzard Shack for SP does require console, type this in console (~) once mod is loaded without q
uotations – “devmap nazi_zombie_zct_mp2_4”

WARNING: ZCT Cathedral will crash the game (or black screen your desktop if using map instead of devmap) after going
through the game over screen. Be sure to quit the game and launch the map again if you want to play again. -GuyNamedErick