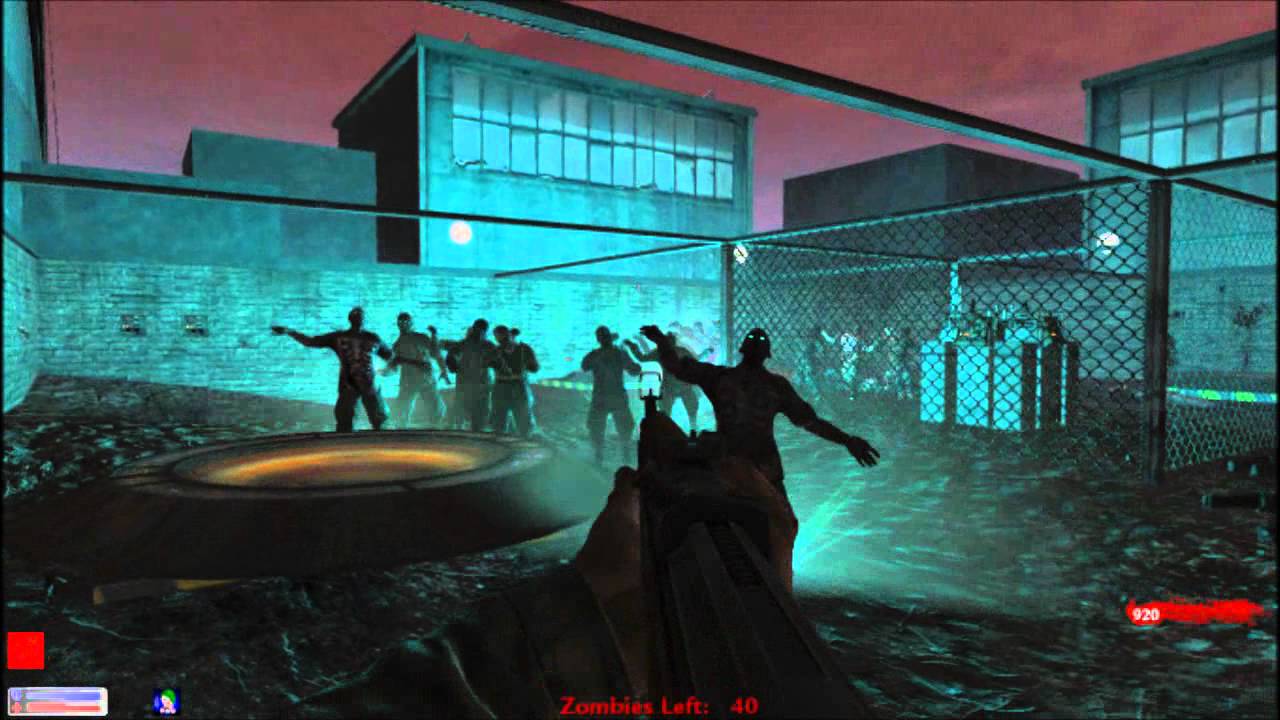 Garage is a *New* addition to the Zombie Warfare style maps. Biggest Thanks goes to ZCT-Wo0 (Wizzard of 0zz) and team who made the original ZCT mod. Thanks Guys

Objective: There is no buyable ending in this map, because of the ranking system. so, level up, complete challenges and having fun is the main objective.

Goal: Try entering the garage while using Tom’s Timed Gameplay and Achieve all the ray guns before 15 mins, take a pic or video and post it here.
http://www.zombiemodding.com/index.php/topic,3087.0.html

Thanks to Somebody_else AKA The-Person for doing an excellent job in detailing my map to make it fit the theme.
Special Thanks to all the Zombie slayers who helped me to test and fix the issues in the map. Together we will become success.

This Patch includes the following
Fixes
– Spawn area triggers on the wall did not charge the player for buying the trigger.
– Fixed a bug, where they sky is visible under the black hole recharger.
– Fixed a bug, where Dog rounds stops after a while.
– Fixed a bug where the Chaulk signs on the wall for weapons didn’t appear
– Fixed a bug where when dog rounds are enabled the ” hell is released” text was on top of the difficulty shader.
– Fixed a glitch, clipping a crate in the power room
– Fixed the issue with zombies not spawning in the power room
– Fixed an issue, with the error G_spawn occurring after you Receive the new ray guns.

Hope you guys love this mode, ill soon be posting a tutorial on how to make your own Zombie warfare Style maps with ZCT mod.