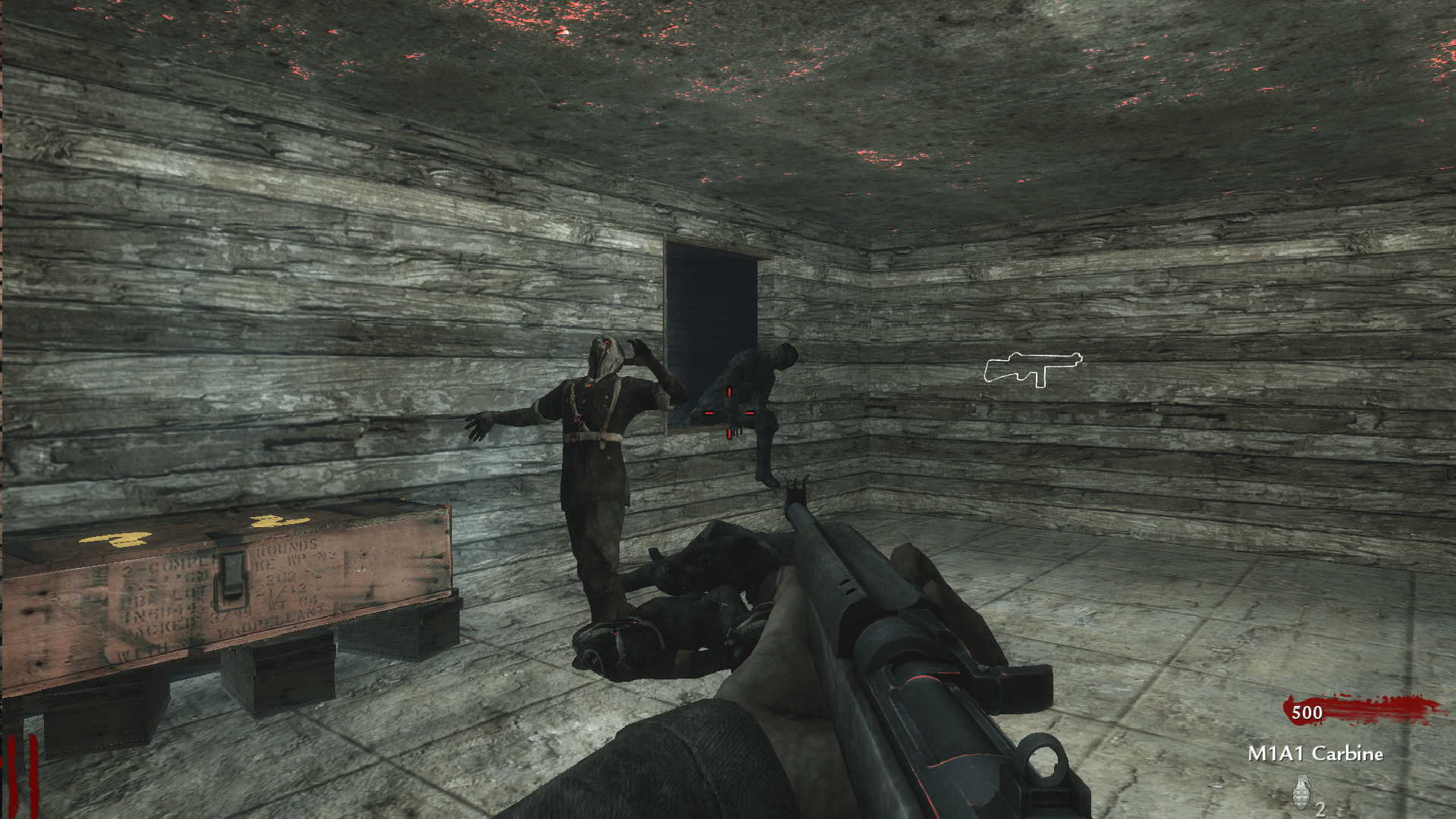 Essentially, mfm stands for my first map. Haha, oh well.
So this is m first map and it I’m pretty satisfied about how it turned out. It wasn’t originally supposed to be published but it gave enough of a challenge to be… well publishable.
It’s a small map so it’s a struggle to stay alive, especially in solo. The perk machines are reduced in price by 500 each even though it doesn’t say and there is a buyable PPSh and ending.

No PaP (sorry but it’s not necessary for this map)

PPSh on the wall. Thank me later.

Awesome songs in the music box (thank you Tom_bmx)
– the 3 normal songs
– Nacht Der Untoten Easter Egg – Undone
– Beauty of Annihilation sped up 1.5x (it’s sounds so much better than the original)
– Both of the ZCT main menu songs; Two Steps From Hell by Armada and Keep it in the Family by Hybrid.

And also, to Axel from NGTZombies, the box is in the second room. Go nuts hahaha.

Thanks to:
Tom_bmx (music box)
Cinnober and The Zombie Don (support)
and a big thanks to SajeOne from UGX for the video tutorials. He’s awesome!
(I hope I didn’t forget anyone…)