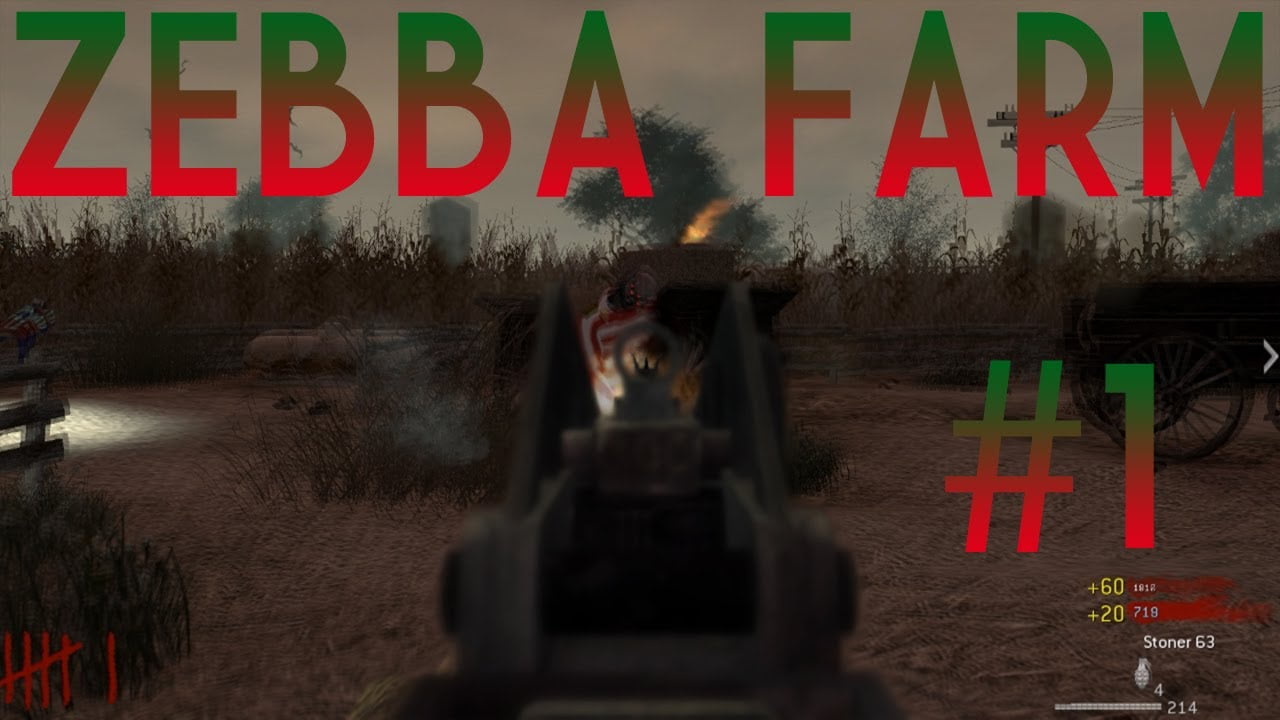 Welcome to ZEBBA FARMS || Chapter one in a three part series covering the Wizard Of OZ saga.

Zebba Farms is a nicely detailed medium sized map with a few great play areas and different tactics to be discovered.

-Art, Vision, and World Spawn Settings to give a touch of sepia like original film.

-Tons of custom artworks (all posters have something for sale

-Buyable Ending (In Regular or Arcade Only with Objectives to YES)

– Come check out the rest for yourself… NOW!


UGX Mod v1.03 is being utilized in this map.  It will be updated when UGX releases 1.1 version.

I have tweaked GUN GAME to where I feel it is more balanced.  As well as removed the degradation powerup drop.  Version 1.1 of the UGX mod will have an even better redesigned GUN GAME as well.

Gun Game: This was a favourite from UGX Christmas, and it’s been tweaked and improved to be even better than before. Compete with your friends to get enough points, so you can reach the highest gun in the cycle before they can beat you to it.

Sharpshooter: An endless cycle of random weapons is thrust upon the players, forcing you to fight off the zombie horde with whatever you’re given! This offers a fun twist on the classic zombie mode.

Bounty Hunter: A special zombie is marked in the game, and you must compete with your friends to be the first one to kill him, in order to gain a mega points bonus!

Classic: Un-altered classic Call of Duty zombies, but with the UGX Mod’s epic arsenal of weaponry at your disposal.

Timed gameplay can optionally be activated on all five game modes!

The UGX mod tracks stats and points gained in matches, allowing you to rank-up – this will unlock beneficial abilities or other unlockables to make your game experience persistently fun!

In addition to this there is a unique Challenges system with a variety of special prizes awarded to players who manage to master a weapon, or perform an awesome feat. This includes all-new challenges which we’ve created ourselves!

70+ NEW WEAPONS
Fight off hordes of zombies with a brand new arsenal of epic weapons, including totally custom-built guns from UGX!
We’ve also been working very hard to include a huge selection of modern weapons from Call of Duty 4 and Black Ops, as well as awesome wonder-weapons such as the Thunder Gun and Winter’s Howl.

HUGE THANK YOU TO:

Zebba –  For the map theme and testing

Adam Smith –  99.9 percent of the awesome art you will see in the map

Rampage 619 –  Although unused, put a lot of work in to early ideas

Tom_Bmx –  Because you should always thank Tom

Thanks for playing PLEASE ENJOY!