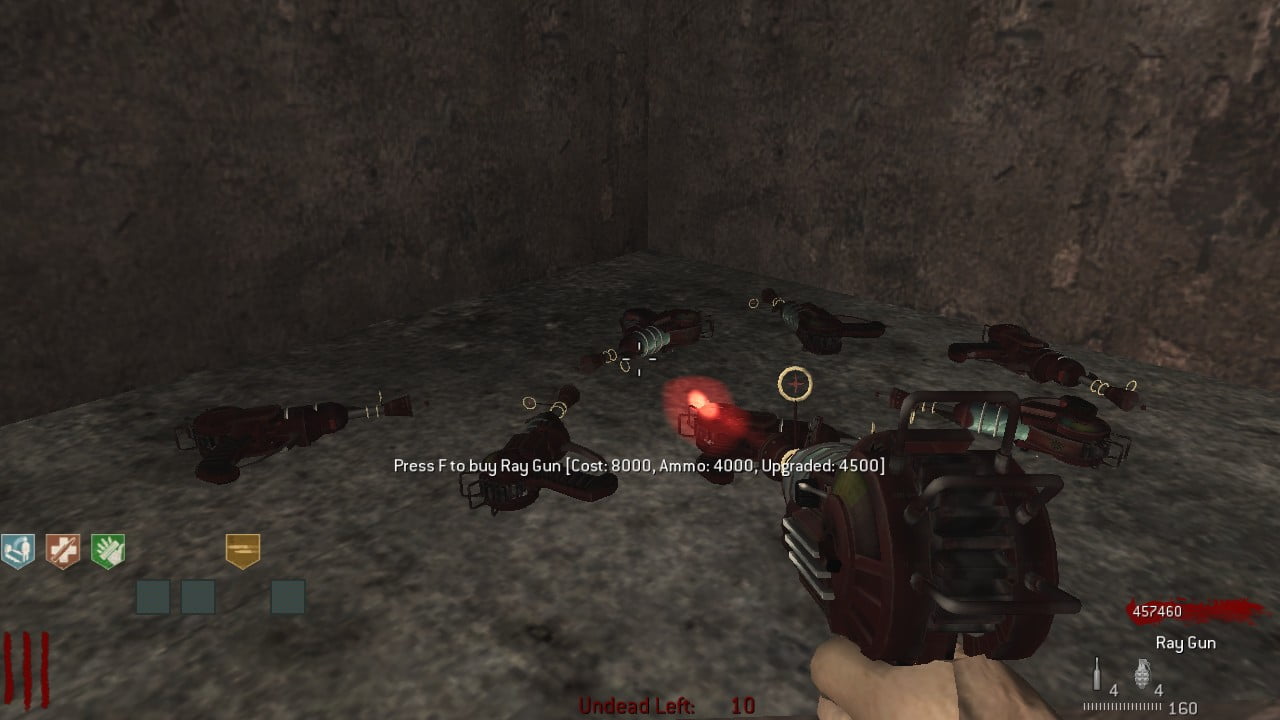 Somewhere… Where war has been gone for ages… An evil rises… In Insomniac you play as a prisoner who is being held captive in an underground Nazi base. The Germans where experimenting with chemicals on humans when one tried to resist and broke a bottle with one of the chemicals. The prisoner went insame and killed the Germans in a rage. But what he would have never expected happended, the chemical was spreaded in the room and suddenly one of the guards stood up again… With no head… The prisoner tried to escape but was killed, the base went in lockdown. You and three friends managed to distract a guard and escape from the prison. However, when you nearly reached the outside world, all hell broke lose. It is your goal to try to escape from this evil place.