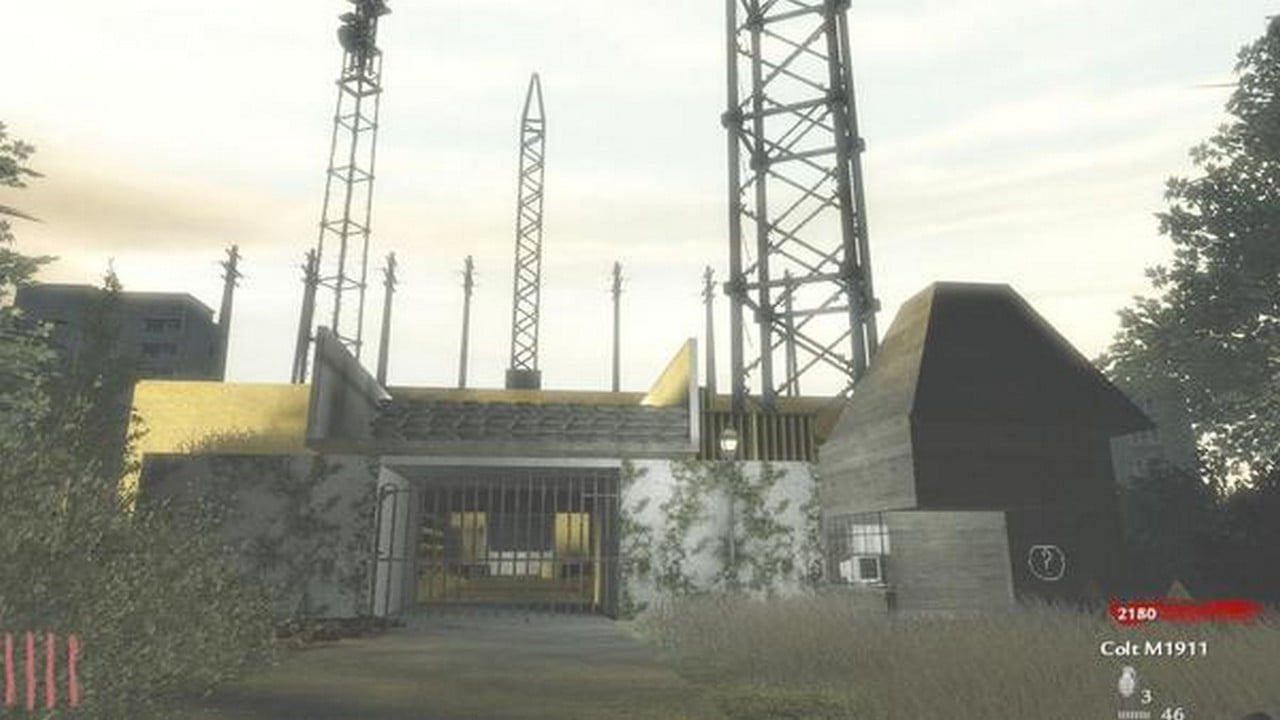 The Basics:  The year is 1996, 10 years have passed since the disaster at Chernobyl. Your team is sent in to investigate after receiving reports of strange activity in the abandoned city of Ubriat. Once there you notice that there are dead bodies walking around and you quickly find shelter in a nearby building. How long can your team hold out? Should you try to explore the area? Does a radiated Twinkie taste just as good as a normal one? Some of these questions will be answered when you play RadiationXtreme!

What we liked:  There are some Black Ops weapons on the map to go along with the standard WAW weapon set. The full auto M16 is amazing! There are a few different environments that you’ll go through which adds a lot of variety to the map visually which was really cool ranging from standard house-like buildings, outdoor environments, a laboratory of sorts and a long underground passageway that branches off in different directions. There is a musical easter egg & the PAP machine has a custom texture on it.

What we didn’t like:   I was able to open up almost the entire map by just using the free ASP that is found on a bed in the starting area. Just keep going back for more free ammo whenever you want. The 80k buyable ending was just too much. If you want someone to spend more time on your map then just give people more places to go and not some insanely high priced ending that just forces you to run circles for the next 10-15 rounds. That SUCKS!!! Also, there are only the 4 standard WAW perks, not a huge deal to me, but it would be nice to see more variety.

Final Word:  Despite every barrier being 2000 pts to open it goes by pretty fast even if you’re not abusing the bottomless ASP. It’s a pretty good looking map with fun progression through some different environments and the Black Ops weapons are SO MUCH BETTER than the crappy WAW guns. It’s short, it’s fun & yes you’re still a winner, to me, even if you don’t wanna put your brain on autopilot for an hour to save up for the ending.