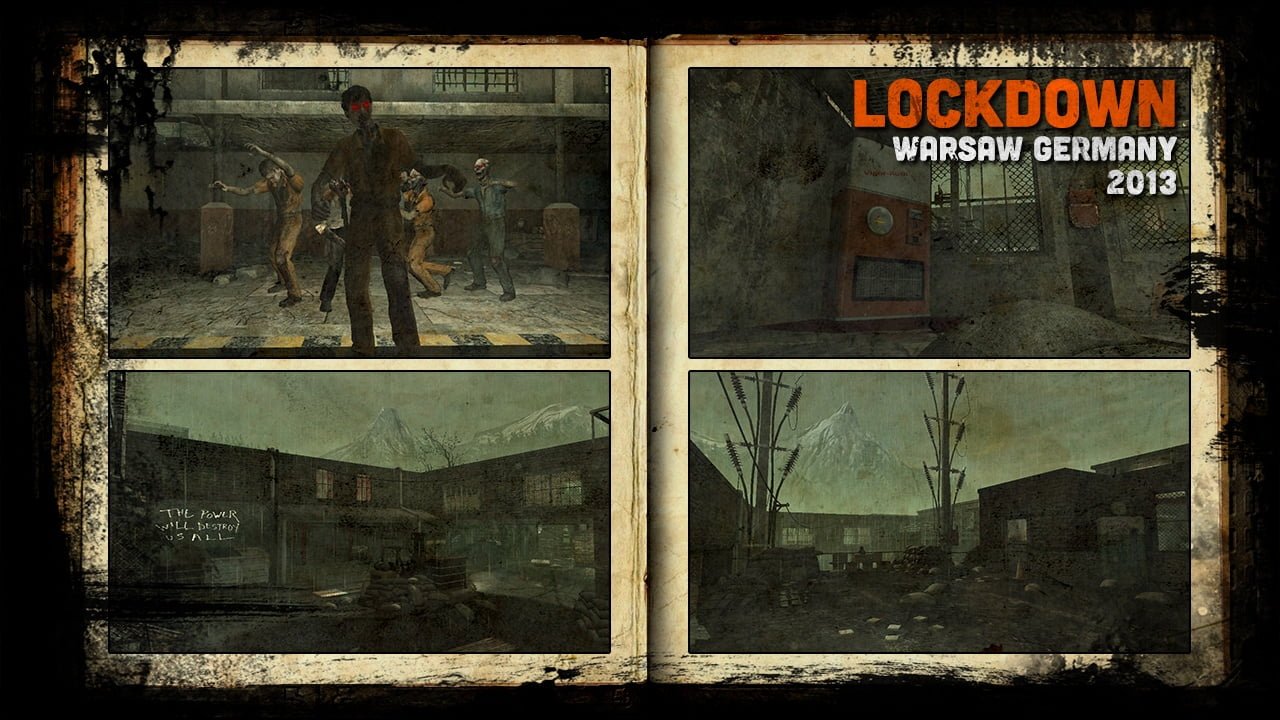 Overview:
Join our heroes in Lockdown, the sequel to Overrun.
Once the four soldiers were teleported by one of Richtofen’s prototype teleporter,
they ended up in Warsaw Germany. Fight off the undead and find a way to end this once and for all.
Lockdown provides players with with a detailed map and tight corridors. Camping is difficult and
trains are only for the professionals. Find a good spot to hold out and get some friends together and form
a strategy to take on the hordes of undead.

Special Thanks:
YaPh1l for his help in many of the scripts used in Lockdown
Hexzombies for his amazing load screen
UGX for Thundergun fixes, PP19 wall chalk texture, and other scripts and textures
Aidan/Addicted for his Kino-Style teleporter tutorial and electric zappers
bamskater33 for his black ops perks
Cinnober for the rain
Tom for his tools & autoturret script
The Zombie Don for his buildables

– Buildables now work properly (there was a part called box for both the thundergun & electric grid which interfered with eachother) — thanks to a youtuber by the name MrZ0mbiesfanatic
– Once quickrevive was purchase three times and disappeared there would be nothing there but an invisible barrier
– The door to the flooded zone had two doors, one costed 1000 while the other costed 1250. They both cost 1000 now.
– Although cheats were disabled the give cheat was not, now it is.
– More detail added
– Building in the background was not chalked fully
– Fixed nuke sound