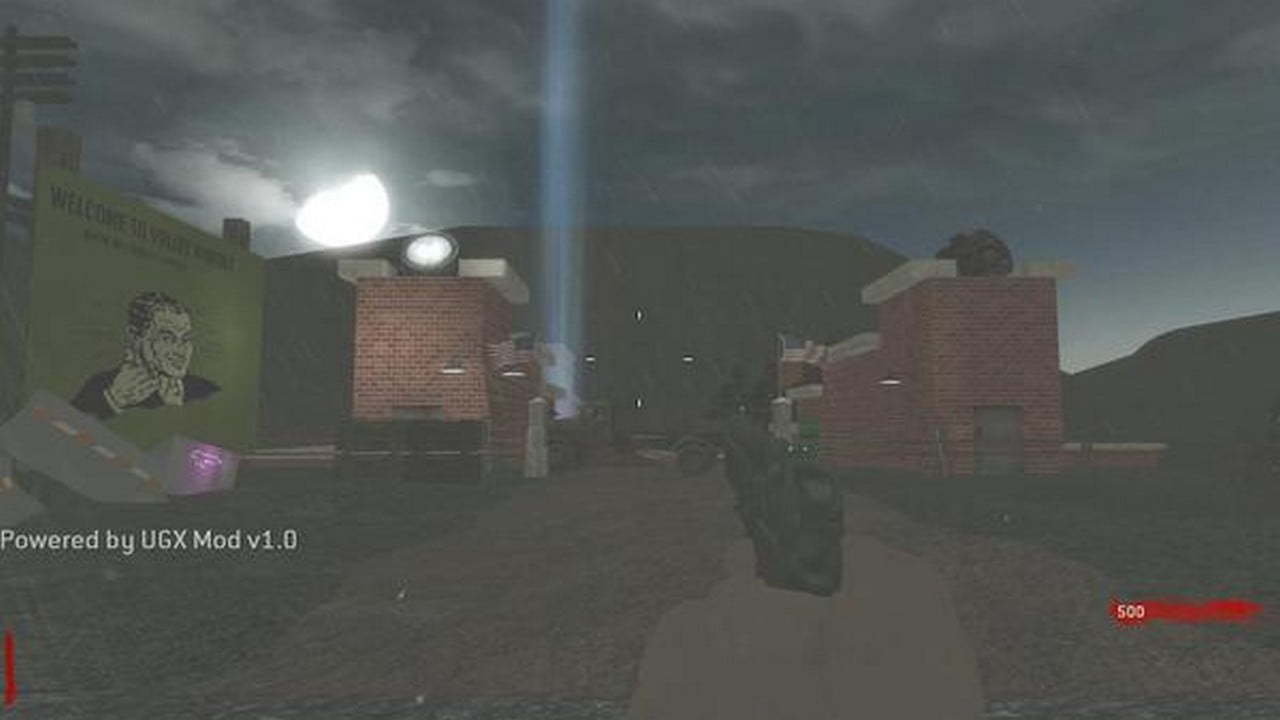 The Basics: This map was one of the maps in the ZomMods/UGX mapping contest. When the zombie apocalypse swept across the world this town rallied around devout patriotism and pulled together to keep the undead away at any cost. Though this town came together under love of country and freedom there is a strange secret awaiting any outside who ventures too close or starts snooping around.

What We Like: The map looks pretty good and plays well. Once you leave the starting area the difficulty really ramps up which is good. There is a little adventure that you must go on in order to unlock the PAP Machine which was fun. There are more than just the standard WAW perks which was nice.

What We Didn’t Like: The map is pretty linear so you really will always know where to go next. There is really nothing that makes this map stand out as you’ve probably played many other maps that feel a lot like this one. The starting area is pretty easy as well which means that before you open the first debris you may have 10,000 pts saved up already.

Final Word: This was a really good effort for the map contest and was fun to play through and probably more fun with timed gameplay to help keep the pressure on. Certainly deserves  to be played and experienced at least once…for king and country.