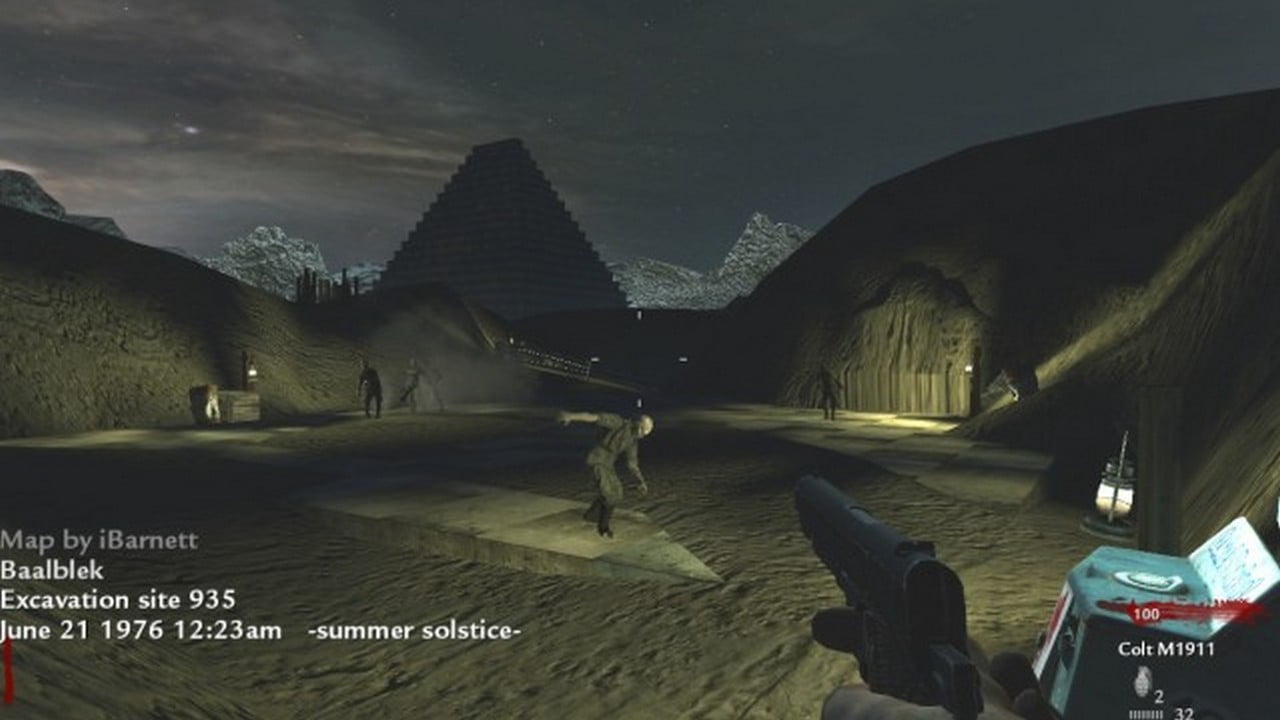 This is my 3rd map called Nazi Zombie Killswitch.

It takes place in a excavation desert site where all has gone wrong and zombies have appeared.

Features: – **JUGG works** (first time) Wooo
– All perks from WaW/Blops
– Double Tap 2.0
– Blops Quick Revive
– Limited weapons (sort of a challenge map)
– Hidden Mule Kick (broke down and actually added it…. no troll)  (shootable)
– No dogs
– One-way Teleporter
– Maze like areas for some perks
– End game
– Not a lot of detail… but its a desert

Issues:    – 2 doors have 1000 points to buy but are actually free
– If theres a bunch of zombies when entering the tele it may take a couple seconds for the zombies to reach the end game area