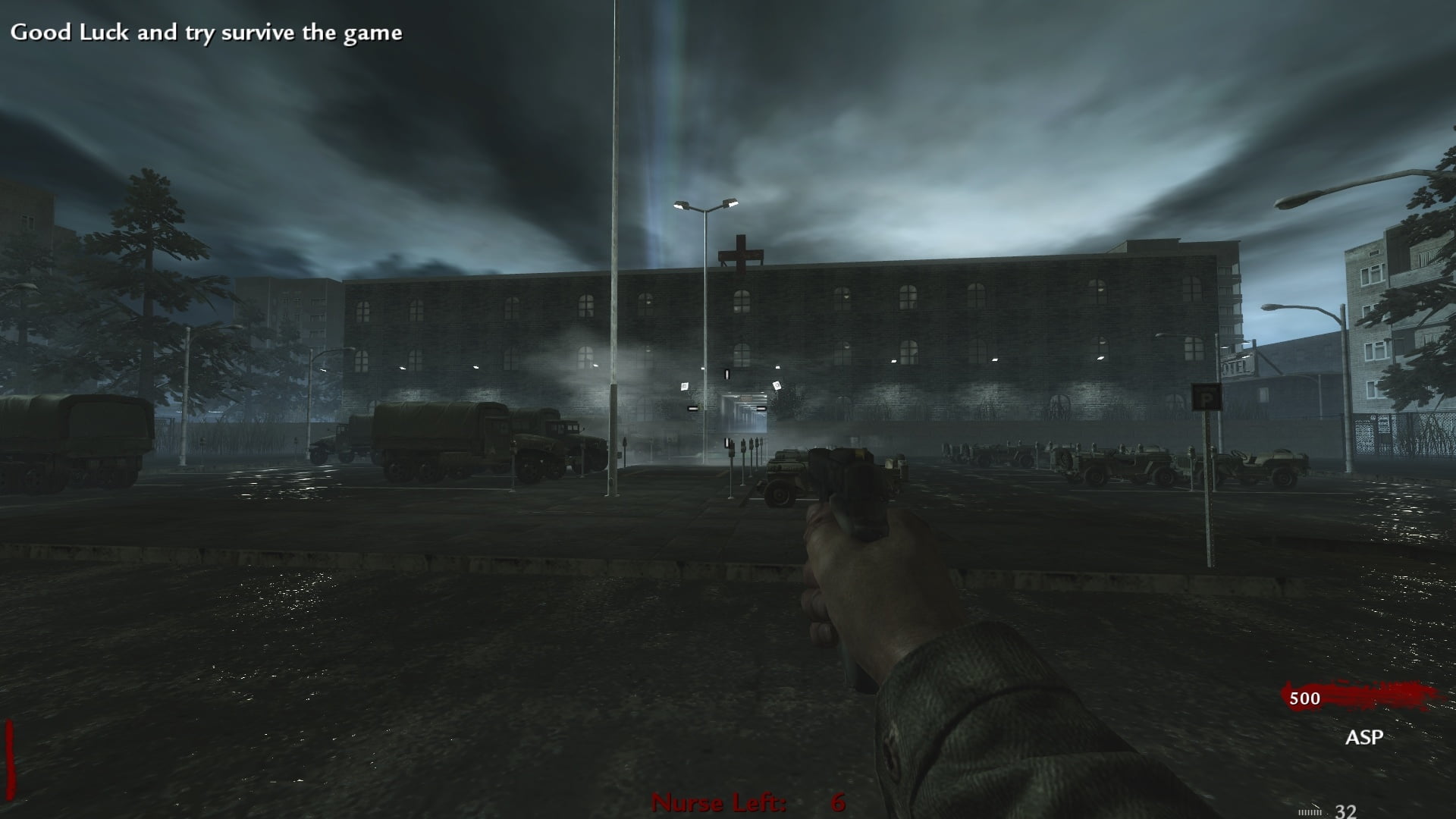 Some people asked me if I could upload. nazi zombie night of my hospital again.

it is a older zombie map then what i have uploaded in the previous map.

okay let’s begin about this map:

It is a large zombie map, you mission is to find the secret teddybear that open the Pack A Punch room that you can upgrade your weapons,
and there are 3 more teddybears to open a powerups box that you can buy powerups.

Credits to:    special thanks

and another people from zombiemodding.com
that posted a tutorials.
so everyone with scripts, tutorials, models,
or something else thank you very much.