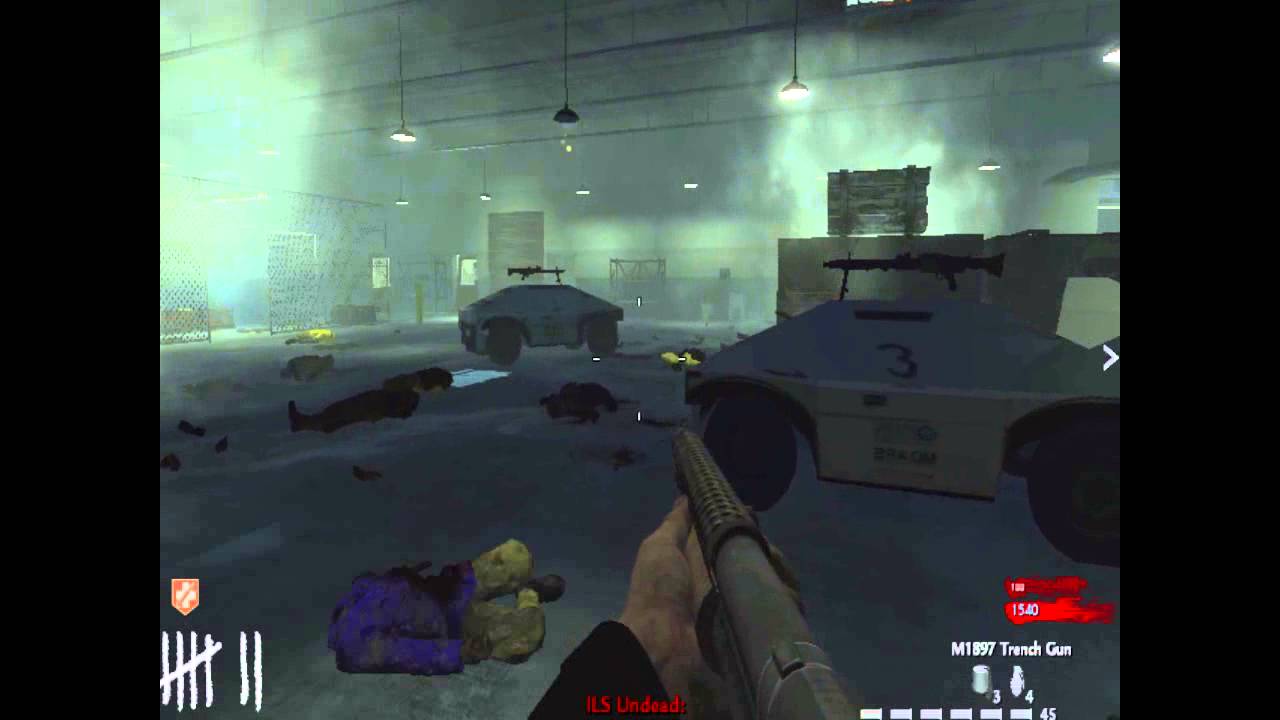 ntroduction:
When it happened everything flooded and left me stranded here.
The world ended and I’m still stuck at work. That’s almost not worth fighting for…
Zombies are coming at me from the floors, walls, ceilings, water, and outside the fences.
No place is safe. We have to keep moving… I have to get home!

ALERT   If your water is black, instead of red, that may be a sign that you may need to delete the map and then re-install, or re-download and re-install the map.

WARNINGThe one piece of fence outside where you can see the outside of the spawn area is sticky. You will have to bleed out and wait for the round to end if you get stuck on it.

There is a car you can get stuck on too, the confused car, but the other car will knock you off if you survive till it gets there.