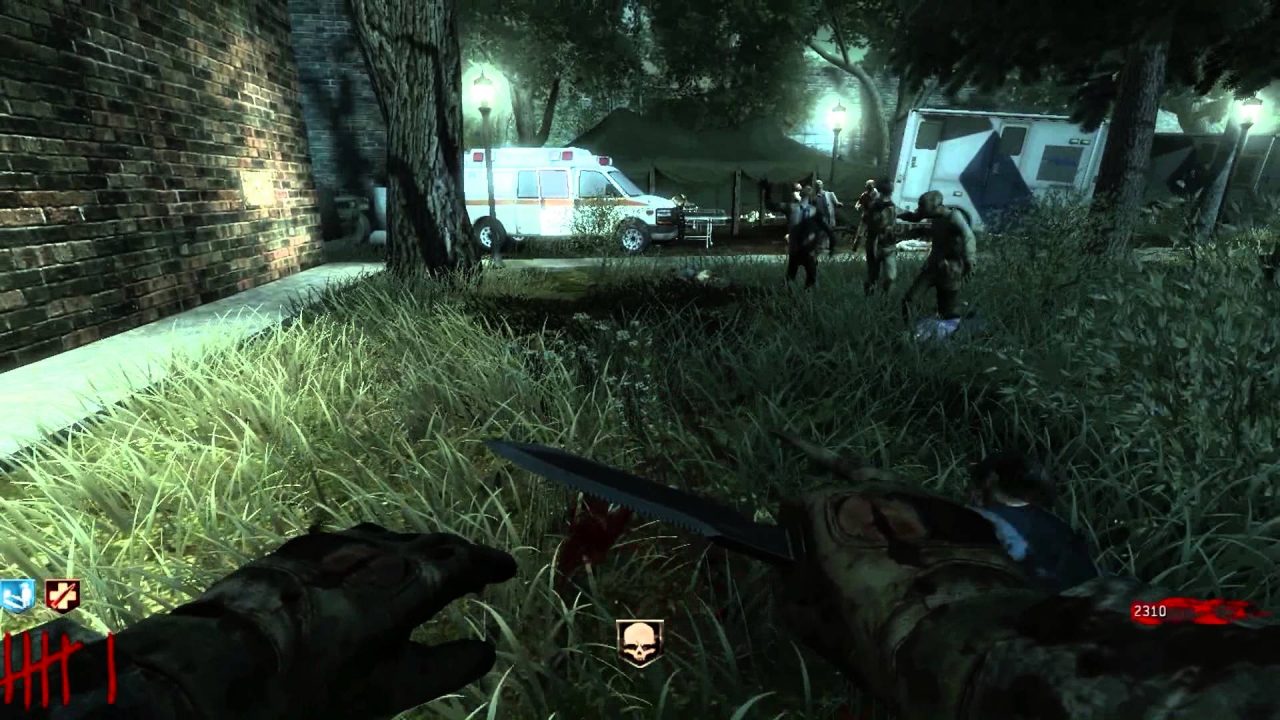 The Basics: In this map you play as a small Special Forces team trying to escape a war torn city after your latest mission becomes FUBAR. There are so many destroyed buildings, smashed cars and dead bodies you’d swear you were in Detroit. With narrow alleyways and streets littered with debris will you survive long enough to radio backup or will the local Ford Motor employees harvest your organs for spare parts?

What We Like: As is appropriate these days we judge a map’s appearance harshly! Fortunately, this map looks very good with lots of detail and nailing the theme of destroyed city streets and back alleys perfectly. It might be an ugly scene, but it looks good. Make sense?

There are lots of cool modern guns to play with, Black Ops 2 zombies, custom perk shaders and 8 total perks including Double tap 2.0.

The standard Hellhound dog models have been replaced by the aliens from COD: Ghosts Extinction mode which was a pretty cool addition.

What I thought was the best part of the map though was the challenge & reward system in place; where you have to complete 4 separate challenges and each time you complete one you are rewarded with a new badass gun and a free perk. Completing all of these challenges gives you the option of initiating an end sequence.

What We Didn’t Like: Really the only thing that bugged me was that if you wanted to get this upgraded mini-gun called the Meat Grinder you had to find like 10 of these hidden gnomes throughout the map. Like 3 or 4 would have been plenty, but 10?  That’s overkill.

Final Word: Very good looking and fun map especially with friends who can help spread the zombies out considering how tight the running room can be. The challenges were a blast and really added to the gameplay since it was more than just a buyable ending.