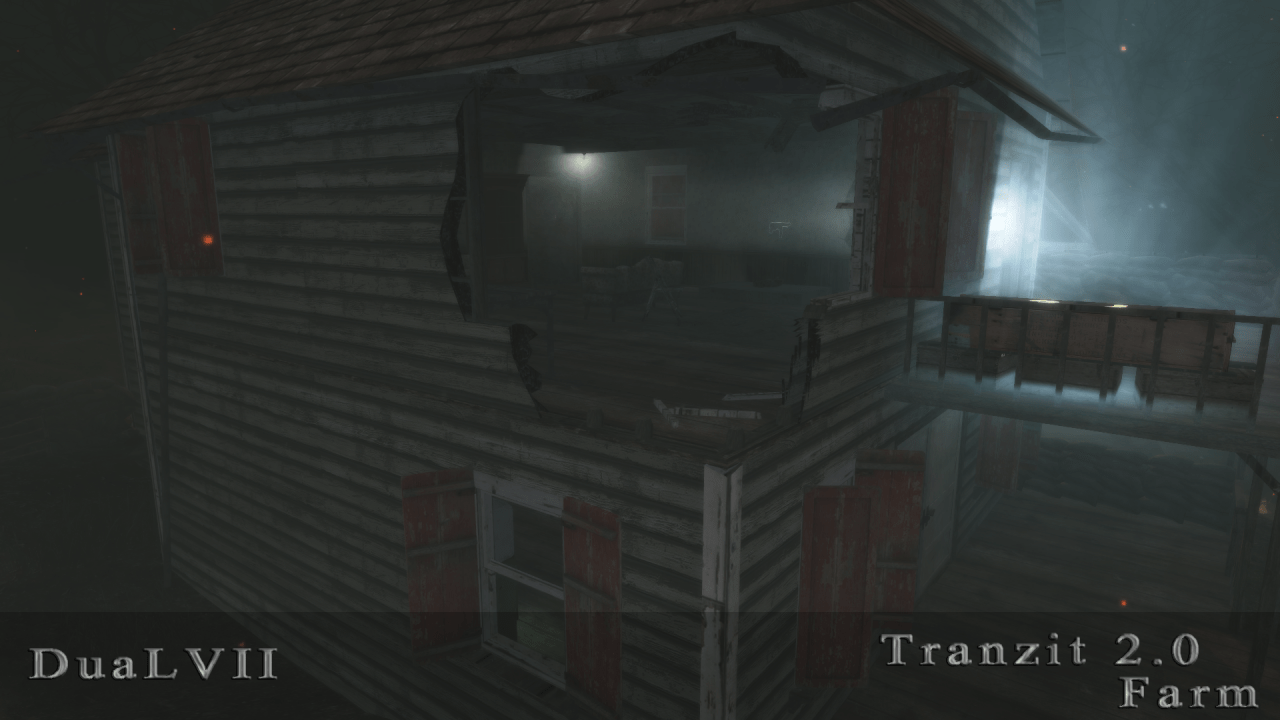 – Farm 2.0’s map has been improved with some more added detail
– Now runs on a personal mod `Unique` featuring bits and peices from numerous CoD Titles

– New startup menu to customize how you want to play
– Work in Progress HUD (May change in newer maps)
– Round counter shows when there are 9 or less zombies left
– Weapon leveling (More info below)
– Added PHD Flopper
– Added Electric Cherry
– 2 New bosses have been added
– Modern Warfare 3 Survival style Claymores (More info below)
– Weapons from BO1, BO2 and MW2 (May change in newer maps)
– Crawling while downed in co-op

Claymores is a repurchasable item and not a one time buy.
Each 1000 spend you on claymores off the wall you will recieve 5 claymores.
Players can hold no more than 10 claymore’s and can not have anymore than 10 claymores on the ground.
Claymores can be picked back up by the placer.
When a claymore senses an enemy in front of it, It will take just under a second to detonate.
Max ammo will resupply players with some claymores

Each hit a player deals on a zombie will work towards leveling that players weapon up.
Of coarse each weapon has it’s own level to the player.
For every level up, The player will recieve max ammo for that gun and slightly increase the damage.
Weapon Level to that gun won’t be lost if traded with a new weapon and then later retrieved.