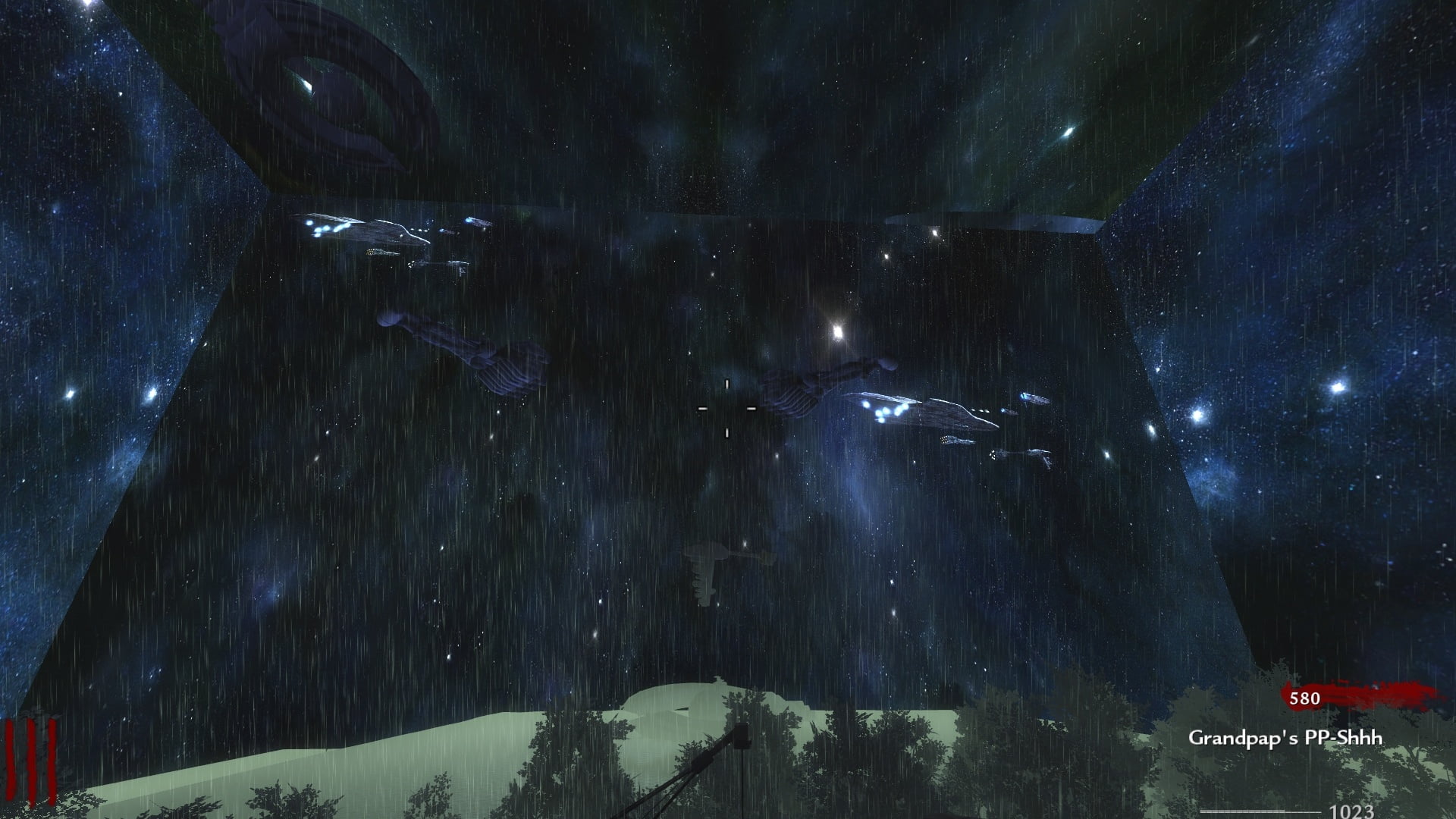 Hello everyone! This will be the second ever (working) zombies map i’ve made. I’m still learning the ways, but i’m getting there! There’s still much more to be done with detail, some weapons, ambient sound, easter eggs and other such things.

Please, if you think I should change anything at all, tell me! I want this to be great! Tell me every possible thing I could do to improve any part of the map!

-All upgraded weapons will have some sort of blaster effect to it.
——————

I really want to have Storm Trooper zombie models and maybe a Boba Fett zombie boss model and I’m sure I could get the models for them fairly easily, but I wouldn’t be able to rig it to work with the zombies, so i’m not sure about that.

I will collaborate with anyone that would like to see this come out looking as pretty as any Star Wars fan would like it to be.

-Made every upgraded weapon a Star Wars blaster

-Changed lighting and skybox as part of an atmosphere change I’ve started suggested by GTTClan.

More to come in later updates!!

Update: I’ve got a working version of the map going and it’s pretty fun in it’s current state I think. There are just a few freezing problems I need to figure out.
Also, the map will be called “RebelBase1997”. It might have some Halo stuff here and there as well.

I’ve still got a bit of detailing to do and things to iron out but i’m sure someone will find this fun!

One more thing, I’m pretty sure I forgot to remove the zone_debugger.iwd before uploading so get ready for that. (It’s just a beta