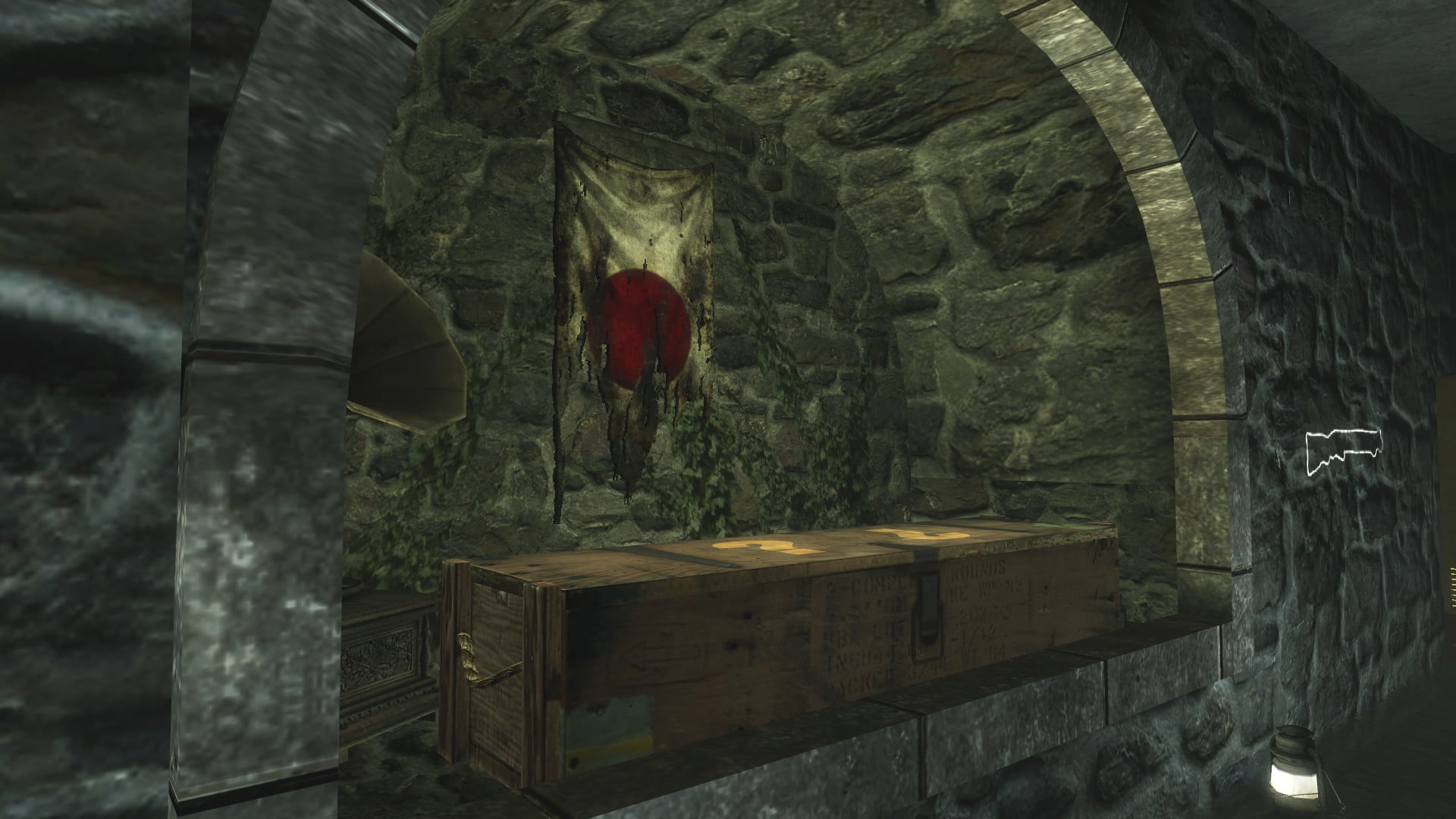 Don’t get discouraged by the title saying that it’s a box map, it’s a pretty damn good one in my opinion. i wanted to walk the line between something that feels like a World at War style map, but is different enough to stand on its own two feet.

So, the map includes:
-A custom loading screen (solo and co-op)
-A solo button
-The DP-28 and Type 99 w/ Bayonet from multiplayer added into the Mystery box (both can be Pack a Punched)
-Fully automatic Colt M1911
-Fast paced and intense gameplay (rounds 1 and 2 are still quite slow)
-Water on the floor to limit player movement
-No barriers to speed up gameplay
-Fog (for atmosphere mostly)
-Custom round change music (based on WaW soundtrack)
-No dogs

This is the first map I’ve ever published, but I’ve made a few others prior to this. This was a bit of a test of my skills in Radiant to an extent, so I did a lot of curves and arches, water, decals, ect.