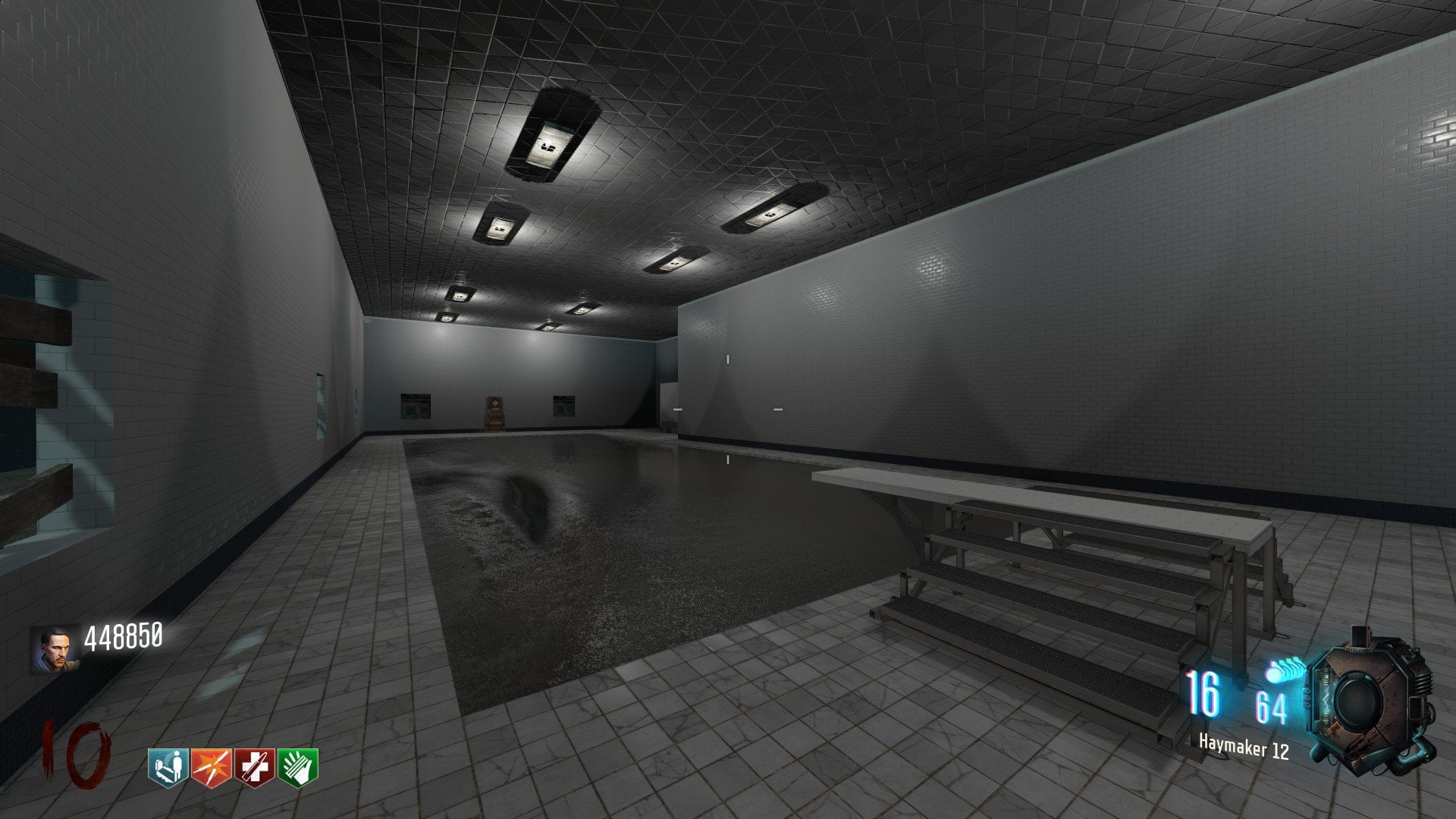 After reports of unusual sightings, the army blocked off the public from this sports centre, leaving the people inside with limited resources. You have been sent by the government to find any survivors and to find out what happened.

This is my first map and this is a very early build. The basic map design, for now, is done. What I need to do is add more detail. What I plan to do with this map is:

• Update the outside area (the current outside area is just a place holder)
• Add detail to the map
• Custom perks
• Custom traps
• Story related Diaries hidden around the map that will explain what happened
• A small Easter egg
• Custom weapons
• Adding other in game weapons to the map(for example, the apothicon servant)
• Replacing the blocky slide with a better looking slide
• Bug fixes

NOTE: The door to PAP isnt glitched, there is another (secret) way in. Just thought i would say this incase anyone thought it was glitched.

Q&A:
Q: What on earth is that yellow thing?
A: its meant to be a slide but i had issues with curve patches so have to use blocks for now until i can fix it

There may be more to come but for now this is it (unless i forgot something which i probably have).
Hope you enjoy the map.

First Update:
• Most recent update changelog:
• Added detail around the map
• Added Gobblegum machines around the map
• Fixed an issue where the player would get stuck on the diving board steps
Second Update:
• Added detail to the bottom of the swimming pool
• Fixed an issue where the zombie barricades outside the changing rooms could not be rebuilt
• Fixed the reflections in the starting area