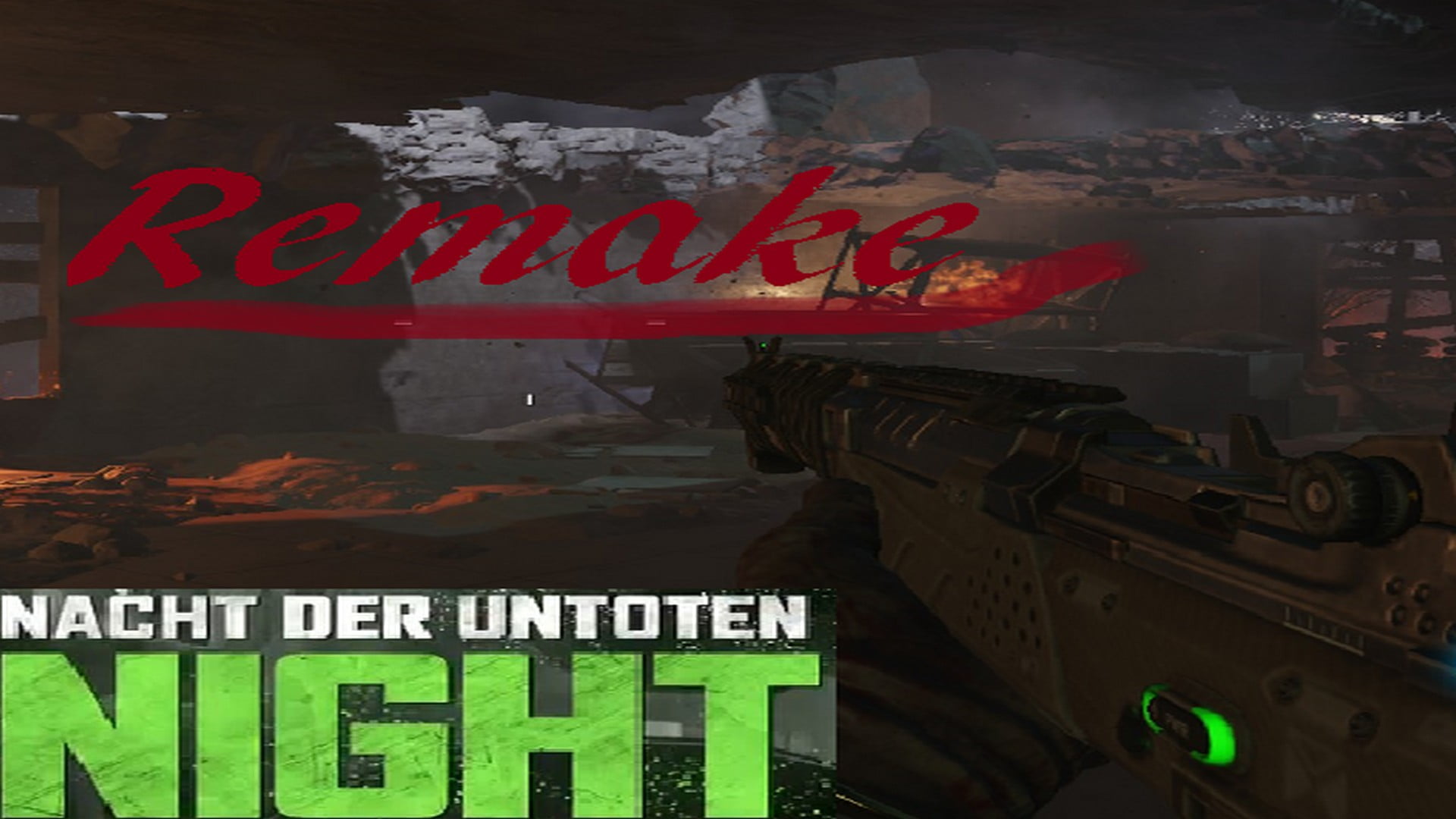 I HIGHLY RECOMEND TO PLAY WITH ONE OF THIS MOD ON:

https://steamcommunity.com/sharedfiles/filedetails/?id=781135578&searchtext=m+1911
This Mod brings WaW (from Origins) and Bo2 weapons on the map. IT ALSO REPLACE THE BLOODHOUND WITH THE M 1911 !!!

http://steamcommunity.com/sharedfiles/filedetails/?id=775658106&searchtext=mp40
This Mod brings the MP40, MG42 and theMauser C96 back.


I know the map is not total complet right now there is some work left to do.

I hoping to get a lot of feedback to make the map much better. Please report any bugs, glitches and other issues. Also feel free to rate.

For people that want some new stuff check out my 2. nacht version there are perks within and some new areas are planed.

– Removed dog rounds from map to stay classic
– changed light (less inside of the map more moon light from outside)
– added more detail iside the spawn room (new soils, hole in wall (stairs), fire on “mulekick” side)
– added new details outside the map (look outside the barricade that was next to mulekick in BO1)

– fixed all bugs on the map
– new lightsystem

– creat and added half of the 2. floor (but very low on detail right now)

– some more outside updates
– added new wall weapons (MX Garand instead of M1/Tommy Gun instead of Thompson/HG 40 instead of Double Barrel Shotgun)
– added some new weapons to box including Thundergun, PPSH, Tommy Gun, MX Garand, Shadow Claw and Ragnarok + many more.
– added 2 hit health like in WaW
(Just started porting the M1911 from BO1 it is really hard to port and takes a long time i do not know if i port over more weapons. lets see in future)

Have fun searching it and maybe leave a comment if you found it.

In the next beta builds i will release:

And tell me what to change