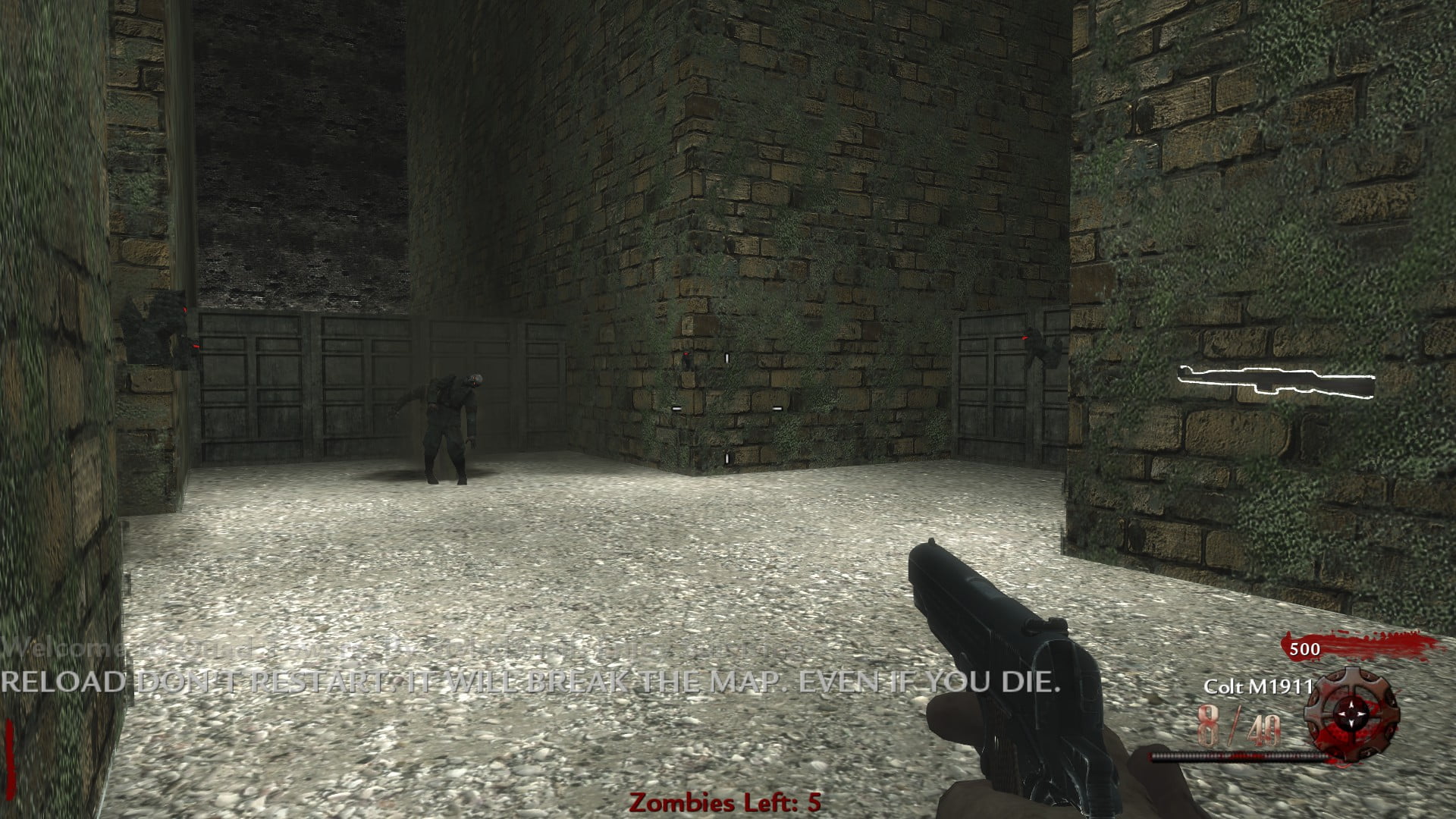 This is the first release of my new map Quad Towers. It consists of 4 equal towers that only meet at the bottom and the top. This is a decently difficult map. I recommend playing coop. There aren’t many camping spots so have fun training!
WARNING!!!!!
If you need to restart the map, you need to reload the map instead. If you restart level, it will break the map. It will give you an infinite loop error when you get hurt and will mess with the loadouts and not let you get guns, but will still take your points.
Information:
The little dog/gargoyle statues on the corners outside are the source of the lights. There are 2-3 riser spawns on each level of each building. There are no dogs. When I brought all of the files to replace from Harrybo21’s perks, it messed up a lot of stuff so I had to make do with what I could. Fixes will be released when I get the stuff working.
I set solo quick revive count to 5 so it is easier to continue.
There are no power switches.
2 buildings have a box at the bottom floor, the other 2 don’t.
If a box is there, but also has a teddy, then it doesn’t count as a working box. The box is not actually there. (will be shown in one of the pictures below)
The zombie counter sometimes will have a few extra, use the time before the round ends to get around the map. You will only get a few seconds.
This map includes all perks up to BO2, with the BO3 Models for the perks. There is also Widow’s Wine from BO3.
There are wall-buy weapons on most of the floors of the buildings. There is a PPSH wall-buy for 2000  a few floors up.
There is each variation of pack-a-punch in BO2: Original, MOTD, Transit, and Origins. (one on each roof)
There is wunderfizz on each bottom floor and each roof.
You can move around when you are downed and you can dive when you are running then hold prone.

Special Thanks
Harrybo21 – For Perks, Dive and Moving When Downed Among Other Scripts
SniperBolt – For The Mystery Boxes And Some Scripts
Update 1/23/2017
Adding the UGX Mod to the map. This is my first time doing any mapping with it so it may take some time if there are problems. Still working on fixing dogs and fixing the loadout problem on map restart. Also fixed the problems with the mystery box  More updates coming soon. Pictures down below