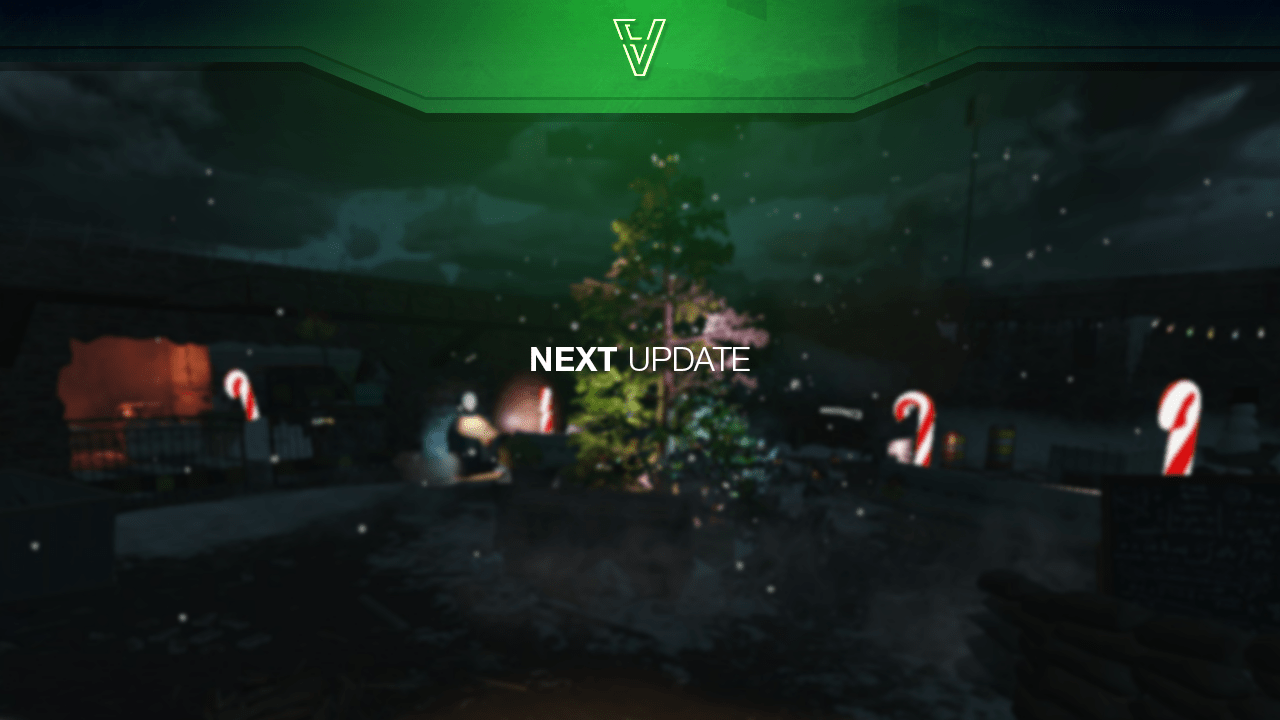 Hello everyone! there is alot I want to cover. Firstly, this is not the whole map. This is less than half. The other areas are still work in progress and would be too much to tidy up for now. Next, all perk locations, wallbuy locations and custom guns on the map are not the same. They will be all moved and more guns will be added to the map. Next, There will be a ton more of content added to the map in final release (Scroll down to see next patch’s notes).

I would like to appologise to everyone who has been waiting for this map to update for months on end. As some of you may know, it is very hot in Australia and I prefer to work on my maps in cooler weather.

THIS IS NOT THE FINAL. THE MAP WILL BE BIGGER WITH MORE DETAIL AND FIXES!

Map Bio:
The night of christmas just got a lot colder. The zombie outbreak started on this very night 1 year ago. Team up and defeat the evil by unvealing the true mystery behind the ghost of christmas past. Follow your unknown guide to complete your quest and stop the madness. This is your only chance of new hope.

!!NOTE!!
These patch notes can change.

Thankyou for supporting the development of Cold Blooded.