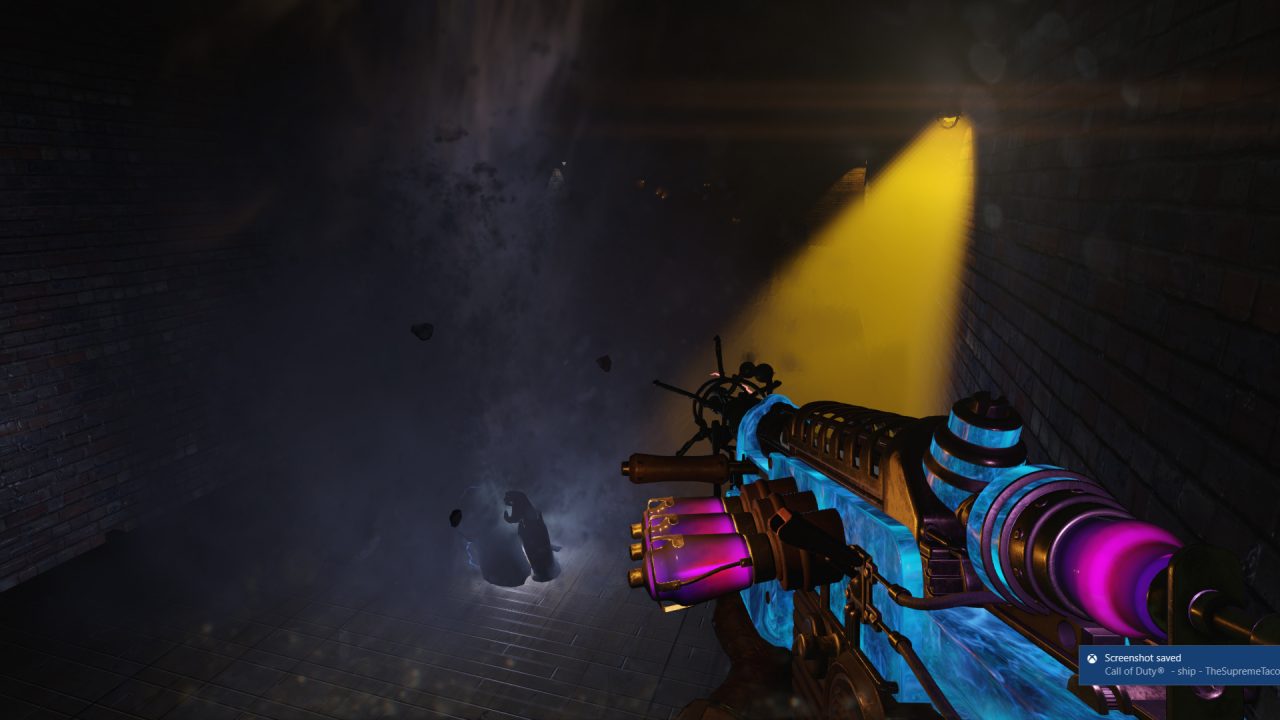 The Lost House
By: TheSupremeTacoBoy

During the Seperation after Origins with the characters, Dempsey and Nikolai managed to stick together and unknown where Takeo and Richtofen are. After Morg city got destroyed by the Apothicons. Jackie and Nero get’s teleported to an unknown building and managed to rest there. Dempsey and Nikolai found the building and decided to rest. The characters explored this place and make a barricade till they found 2 survivors and they all pointed guns at each other until the undead rises, they must hold off and escape alive.

I want to thank Black Ops III mod tools community on discord for helping me solve my nooby mistakes. This is my first map so still new to mod tools, worked on this map for a month and it’s a small-medium map. I watched a lot of Youtube tutorials and download some stuff to make my map.

This is a map that I made is based on IceGrenade pro rainbow map and made it on my own version.

These are the people I want to thank for helping me on my nooby mistake that I could have figure out myself.

Anyway let’s look what we have for this map.

Perks: Quick Revive, Juggernog, Speed Cola, Double Tap, Stamin up, Deadshot, Mule Kick, Electric Cherry(only through Gobblegum since I don’t have model for it and don’t own BO2, Widows Wine.

Weapons: Standard BO3 weapons and DLC Weapons from season pass that are in the mods for now.

This is a challenge map so don’t tell me you can’t beat this. Doors are going to get expensive and your going to have to camp a lot.

Let me know if there’s any glitches or improvement you would like to have.(don’t say I have a glitch and you don’t have a screenshot, tell me what the glitch is about and I’ll fix it right away.

Update 1.1: Some zombies would spawn the next area without opening that door no longer happens.
more zombies spawns will happen in one area.
Death barriers fixed.
reduced door cost. I couldn’t even beat it on solo.
Still need to remove Richtofen. If anyone can help let me know in the comments.

I’m starting to make my next map, so thank you for playing or looking at my map. <3