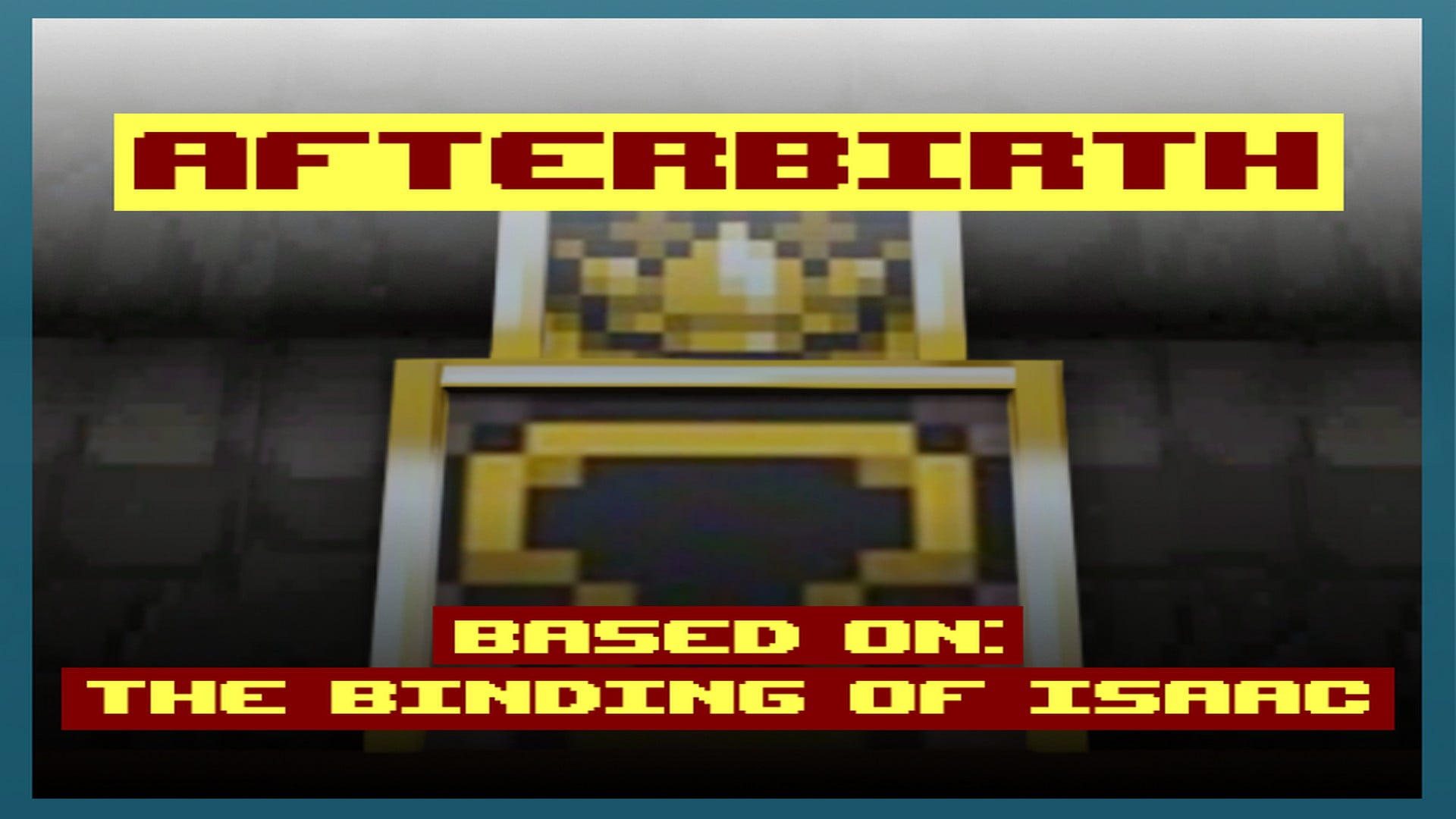 DEMPSEY: Richtofen! Where the hell are we now?
NIKOLAI: My eyes hurt. I cannot tell if its the Vodka or this… low-resolution place… *barfs*
RICHTOFEN: There are an infinite amount of dimensions Dempsey. In other words… I have no clue
TAKEO: They are… here. Prepare yourselves
DEMPSEY: For ♥♥♥♥♥ sake can’t we just hit one dimension without zombies?

Welcome to Afterbirth, a remaster of my WaW map, Rebirth, a map which was based off the game The Binding of Isaac: Rebirth, a game which was a remaster of The Binding of Isaac… Okay so this map’s premise is far from an original one. However there is quite a lot more in this map than there ever was in the original. I’ve grown a lot as a mapper, scripter, and modder, and now you’ll get to see what that really means.

mapping and scripting all these features takes a lot of time. And while I wouldn’t do it if I didn’t enjoy it a bit, sometimes modding can become very demotivating. It often feels like months of hard work result in nothing but upset & angry comments about bugs, youtubers who play it once for easy views and don’t even put the name of the map, author, or link of any kind in the description, and about a week (at best) in the popular section on steam before it quickly fades into obscurity and is forgotten by everyone.

In other words, the work I do often feels very unappreciated.

So please, if you liked the map, feel free to leave a comment down below saying what you liked. I’m also open to criticism of course, and especially bug reporting, but I just want to remind you that you don’t have to have a bug to report to leave a comment. I do read every comment, and simple comments like “I really enjoyed your map” make my day.

Finally, perhaps the most motivating thing you can do for me is donate[www.paypal.me]. There’s nothing better than seeing someone appreciates what you do enough to pay you for it. I know it’s the internet and I’m a fool for even asking for money, but if you donate I will list you in the credits of this map.

Oh also, this wasn’t planned at all but… Happy 4th of July!