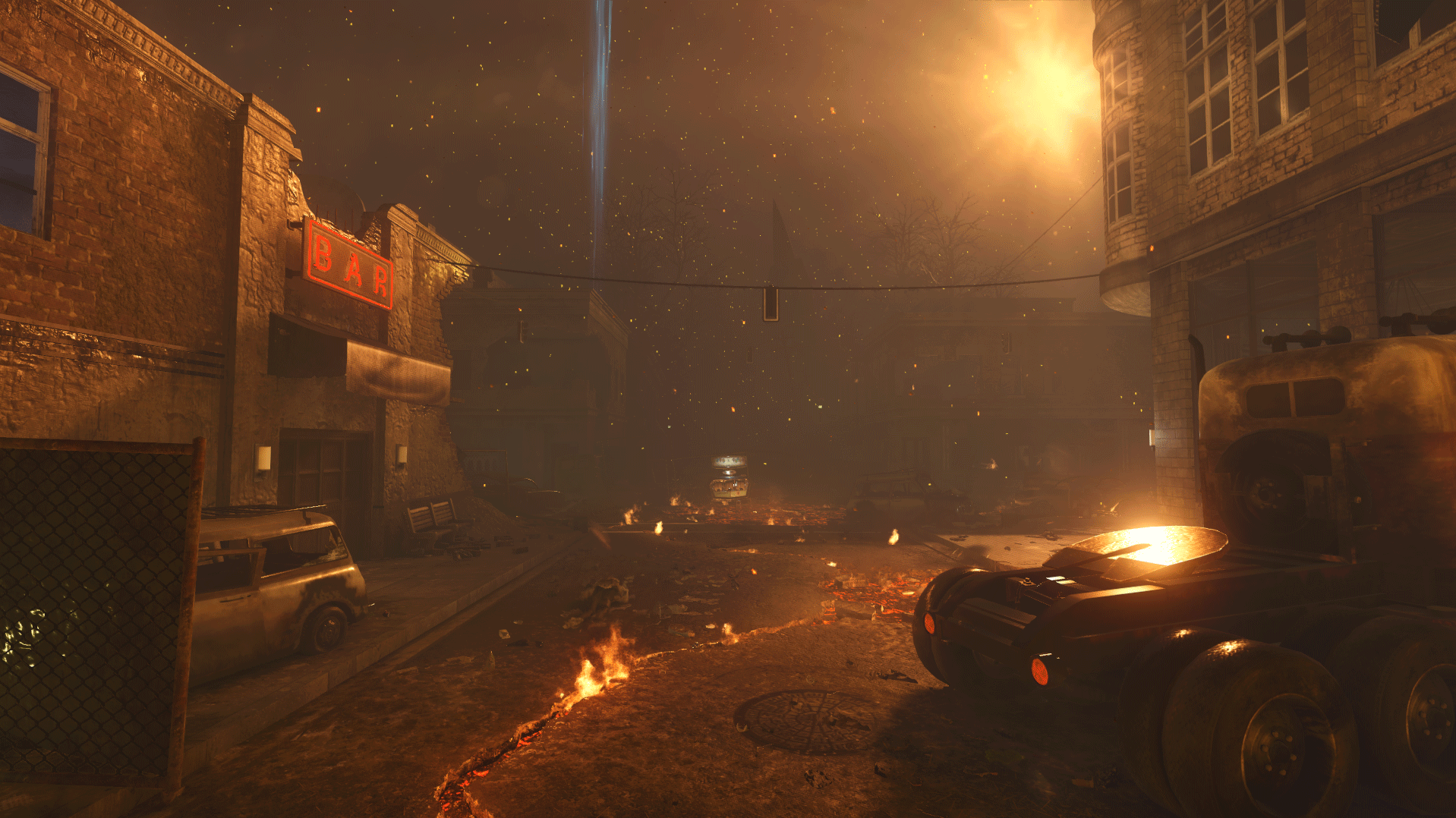 I started this map back in September of 2017, and through the course of about one year of working on it, it had gone through tons of iterations to where it is now, in the hands of the players. The map features all of the same areas from the original map, with some old gameplay elements mixed in with new ones.

I will be frequently updating the map to add more guns, more customization in the form of gameplay options, some secret areas and much more, so stay tuned into the change notes to see what’s new! Also, feel free to leave suggestions of things to be added/changed in the comment section. ^v^


DISCLAIMER:
Please refrain from using /fast_restart to restart the map as it will break some features of the map, and instead use /map_restart.

Below are the awesome features the map has:

Yep, you read that right! You can change all of the settings above (should you want to) every time you launch the map! More options will be added over time to allow for even more customization, and once something is added here, it will be included in the change notes.

Enjoy most of your favourite perks from throughout COD Zombies history! (All perks that weren’t originally in Town will only be buyable through the Wunderfizz, and not through their respective machines)

Available Weapons
Most weapons that were originally in BO2 Town are present here, mixed with some various new ones prominently from MW:R. Throughout the lifetime of this map, I will be adding more and more weapons in updates (I will make sure to include what guns have been added in the Change Notes).

Mini EE
Not much to say here but the map includes a mini EE that isn’t too complicated to solve. You get a juicy reward when you do though 😉

Available Lethals/Tacticals
Apart from the standard monkey bombs, this map includes custom semtexes and claymores. There also was a minor QOL change which was the replacement of standard BO3 frag grenades to MWR frag grenade models and icons, to help fit the time period better. In a future update, the infamous EMP grenades will also be added.

Custom Playermodels and Zombies
The map includes CIA and CDC character models as well as the original zombie models to make it feel the same as the original. Currently, voxes have not been added, but will be in a separate update.

Without the following people (including myself), this map would either have not been possible, or it just wouldn’t be the same, so shoutout to all of them!

– Provided all of the guns in the map that were from MWR, and redid many existing BO2 ports to make them correct/proper, updated BO3 perk shaders for non-BO3 perks, gave a whole bunch of help and feedback in Discord, and playtested the map.

– Created the custom hud (which isn’t currently in this version of the map), scripted the customization menu, provided various help in Discord, and playtested the map.

– Various BO2 weapon models (with stats that were redone by Raptroes).

– Provided me with the BO2 Town geo-rip that enabled me to make the map a perfect 1:1 scale, provided some new and old textures that I was unable to find myself, and provided various help and feedback in Discord.

– Provided the Lava script, and an EE script as well.

– Remastered the gun textures for the KAP-40, Python, Executioner, and SMR.

– Additional playtesters and/or gave help and feedback in Discord.