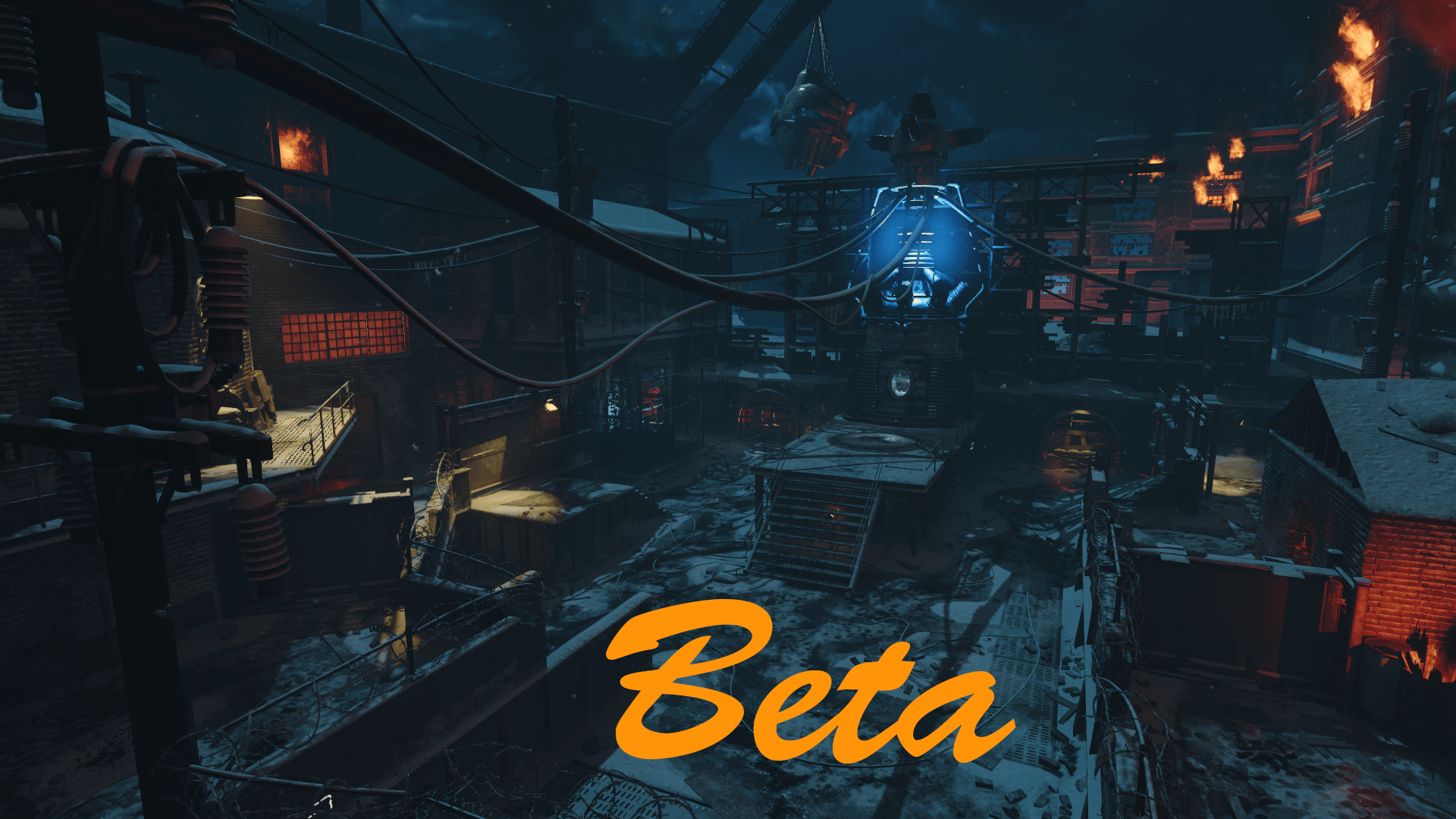 It’s been nearly a year and a half since the last update, but I’ve finally resumed work on this project. I’m starting most of it from the the ground up to make it as clean as possible, a lot will change including the weapons (which means a lot of time balancing them), possibly adding in some perks from BO4, and I’m looking to visually make it look a lot different. This will all take quite some time as I want to make sure it’s done right, especially when it comes to the visual changes and other small details that will turn into too long a list. There’s a slim change I might spend even more time of realizing my dream to adding to The Giant and essentially turning it into a new map entirely, but I doubt it, though not impossible.

Please keep in mind that if you are new and want to try this map there are some issues with some guns regarding sounds, and that when the update eventually comes that won’t be an issue. I’m going to work really hard on this.

-This is a WIP, the name is a placeholder. It’s a reimagining/rebalancing of The Giant, and adds a lot compared to the original.

-There is no Jugg, instead you have 4 hits to get down instead of 3, or 5 with Jugg, as well as faster health regen, but it’s been tweaked to still be challenging.

-This map adds every perk except for Jugg and Tombstone, it changes nearly every wallbuy (some have never been wallbuys) and has balanced pricing for all of them. The box has been tweaked with many boring and redundant weapons removed and new weapons added to make things more fun. This map gives you a lot of freedom in terms of what you can have, but it’s still meant to be challenging.