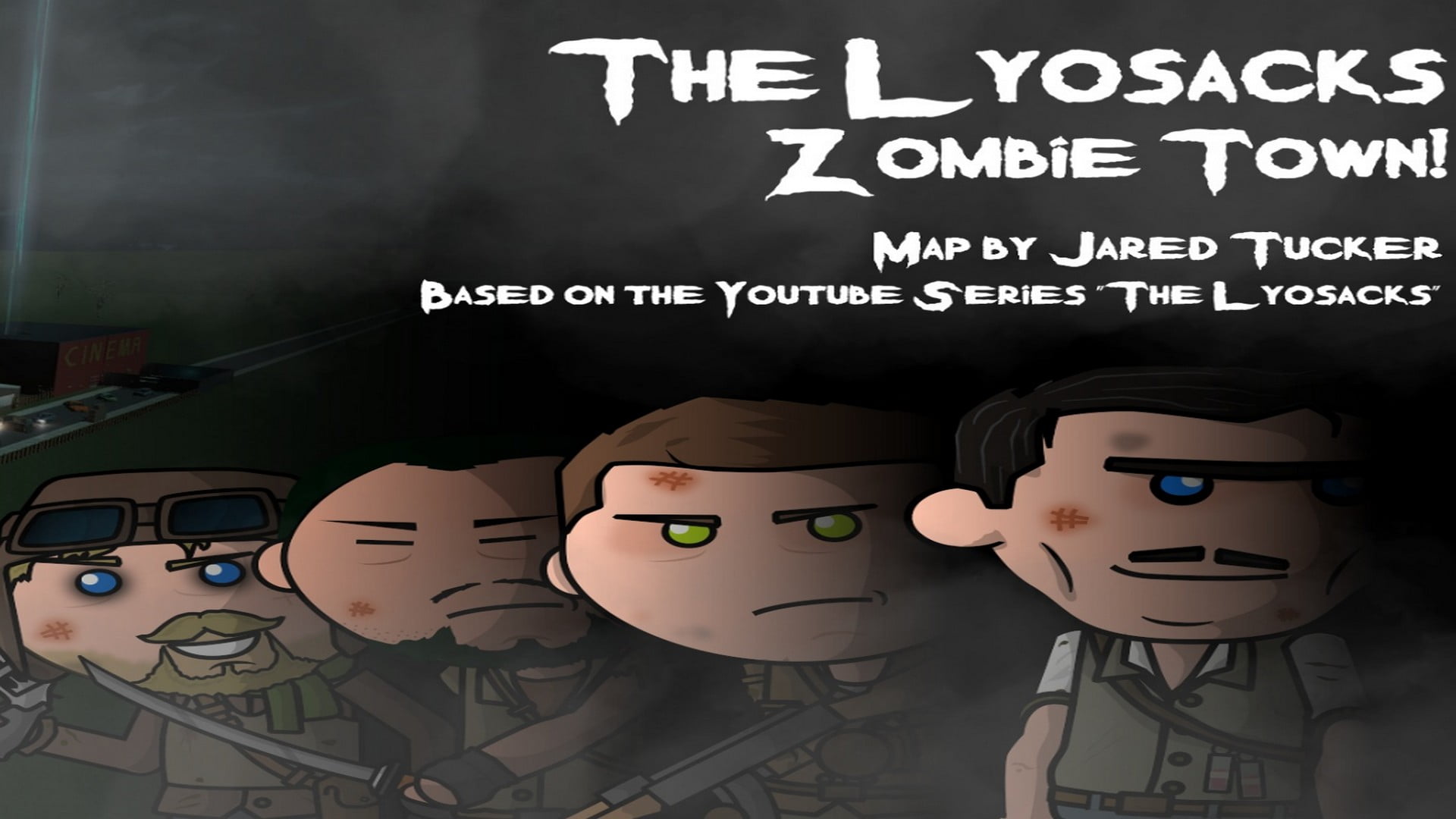 Based on the Youtube animated series called “The Lyosacks”, you must battle the unlimited zombie horde in a very accurate remake of the town that the show takes place in.

This map was authorized by the show’s creator and he also made the art and music for the map, so thanks to Alvaro Calmet.

The map does have an easter egg (guide will be pinned in the discussions below) as well as an easter egg song made by the show’s creator.

Music used (all made by Alvaro Calmet and from The Lyosacks soundtrack):
Moving On
Nazi Zombies 5 Song
The Boy And The Machine
Friends
The Ozzy’s Theme
The Beginning of a Journey
Infiltration
(the round ending song is new and isn’t in the soundtrack)