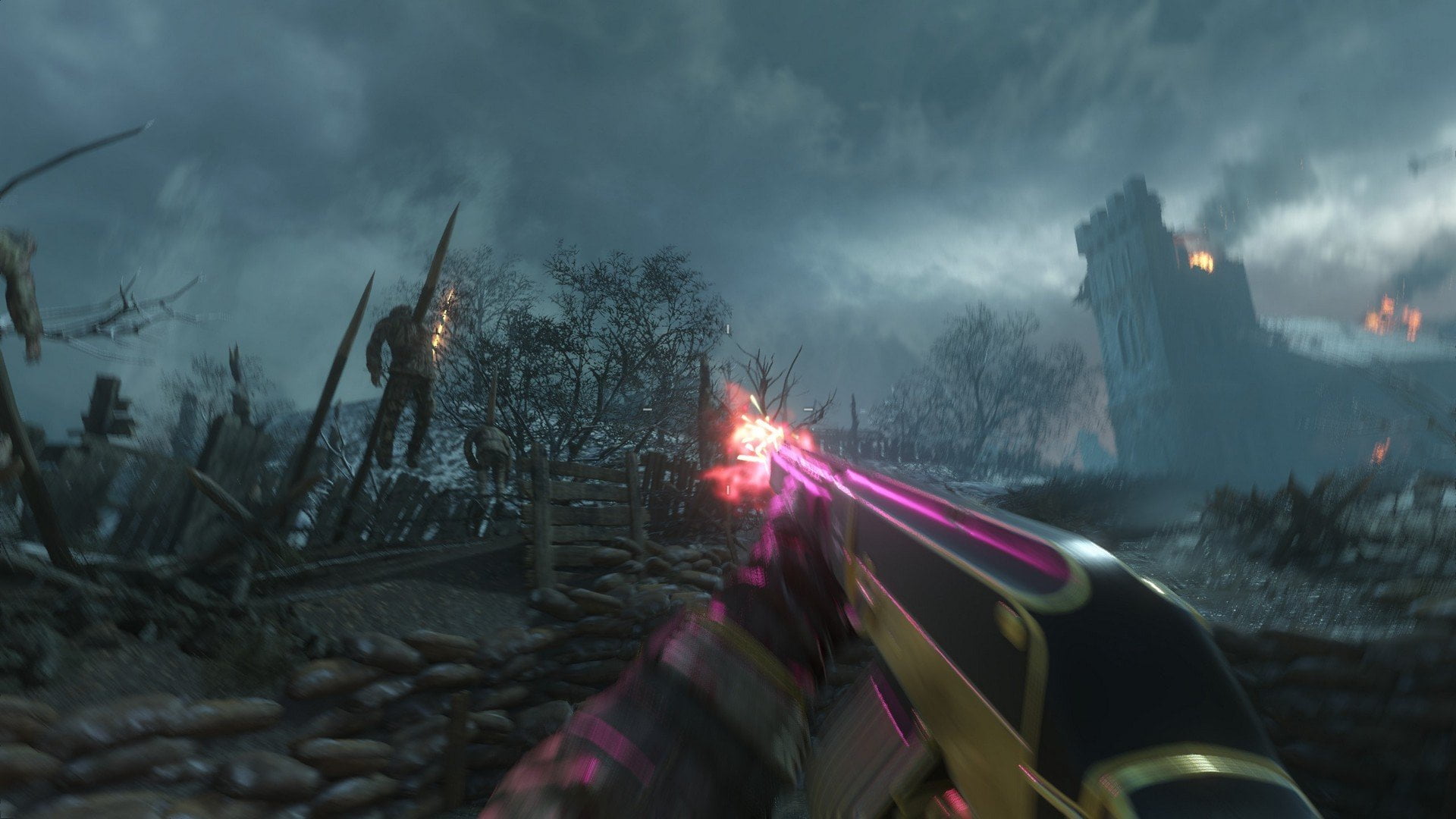 How To
The Giant is rising. Face the might of the Nazi Zombies in their heartland. This is where it all began. This is where the master plan took shape. Is this where it all ends?
Future development of the mod has been put on hold until further notice – I am currently prioritising other projects but will eventually come back to this one.

No promises, but there may come a day some point in the future where I’ll put out one final update for this mod, a big one. I’ll leave things at that for now

Important note to content creators:
We request that you provide a link to the mod’s workshop page as a form of credit. We appreciate the recognition, and it also allows your fans to find the mod to play themselves – it only takes a minute of your time, so why not?

If you enjoy playing the mod, please consider upvoting it to show your support!

The First Cycle is a mod which adds CoD: World War II weapons and revamps both The Giant and the World at War remastered maps to “the first cycle”, whilst preserving certain enjoyed new additions. One example of such changes is that the Wunderwaffe DG-2 should behave much more closely to its World at War version (without the Juggernog bug of course!)

The mod’s features include:

WORLD WAR II WEAPONS
– Many of these weapons include Weapon Kit functionality. Unfortunately, this does not extend to all weapons, due to game limitations.
– They also have inspect animations. Please report weapons that do not inspect to the bugs list discussion at the bottom of this post.
– They also replace wallbuys.
– Extra features will be added in updates, including visual wallbuy changes and “special” Pack a Punch functionality.

REVAMPED DER RIESE
– Much of the ambient sounds unique to Der Riese have been restored, including the symbolic clock ticking and the air raid sirens.
– Characters are Ultimis.
– Characters have their Der Riese voice lines, including specific cases such as viewing the Pack a Punch machine or entering a teleporter area for the first time.
– The fly trap is reverted to its Der Riese version in all respects except for reward.
– Extra features will be added in updates.

ALTERED WUNDERWAFFE DG-2
– It chains zombies much faster.
– Its Pack a Punch version is able to chain up to 24 zombies, just like World at War.

MUTATORS MENU
– Multiple features such as start round, timed gamplay, zombie counter, etc. The host has the option to edit these in the lobby.
– Extra features will be added in updates. Additionally, if there are any specific mutators you would like to see added, feel free to suggest them and we will attempt to add the functionality.

GAMEMODES
– Two gamemodes are currently available for you to play: Classic, Gun Game [More to come in future]

NEW & RETURNING PERKS
Stopping Power: Doubles bullet damage (You can change this to a round-based formula in Mutators)
Bandolier Brew: Increases stock ammo on TFC weapons by ~50%
Shady Shandy: Outlines enemies within a certain radius of the player.
Martyr Martini: Extends bleedout time and calls in a nuke powerup when you go down.
PHD Slider: Explosive slide, grenades split, immune to self-inflicted damage (such as explosions)

This mod wouldn’t have been possible without:
– Scobalula: The community doesn’t appreciate you nearly enough for the tools you’ve provided. Thanks for all of those programs, and thanks for helping me along the way with various bits, such as providing the Undead Warden and the general help with issues I encountered. Keyloggers btw
– raptroes: Your clown ass endured me long enough to help me with various issues, provided tips and tricks, and provided various assets. Thanks man, you’re a unit.
– Thomas Cat: You make for a good meme sir. Thanks for the weapons you ported, despite some having some issues.
– JariK: Cheers for the LUI and PaP script, among Weapon Kit help.
– MotoLegacy: Many thanks sir for the lush classic-modern perk shaders thx n mutator menu (hopefully)

GOOD DAY FLESHY MAMMAL
If you’re simply going to comment with complaints about issues already known (check Trello), or going to complain that I haven’t done xyz quick enough, you will not be responded to or worse thx

Edit 10/8/19: So guys, we did it, we reached a quarter of a million ratings, 5 stars and still growing! The fact that we’ve reached this number in such a short amount of time is just phenomenal, I’m-I’m just amazed. Thank you all so much for supporting this mod and helping it grow. I-I love you guys… You guys are just awesome.