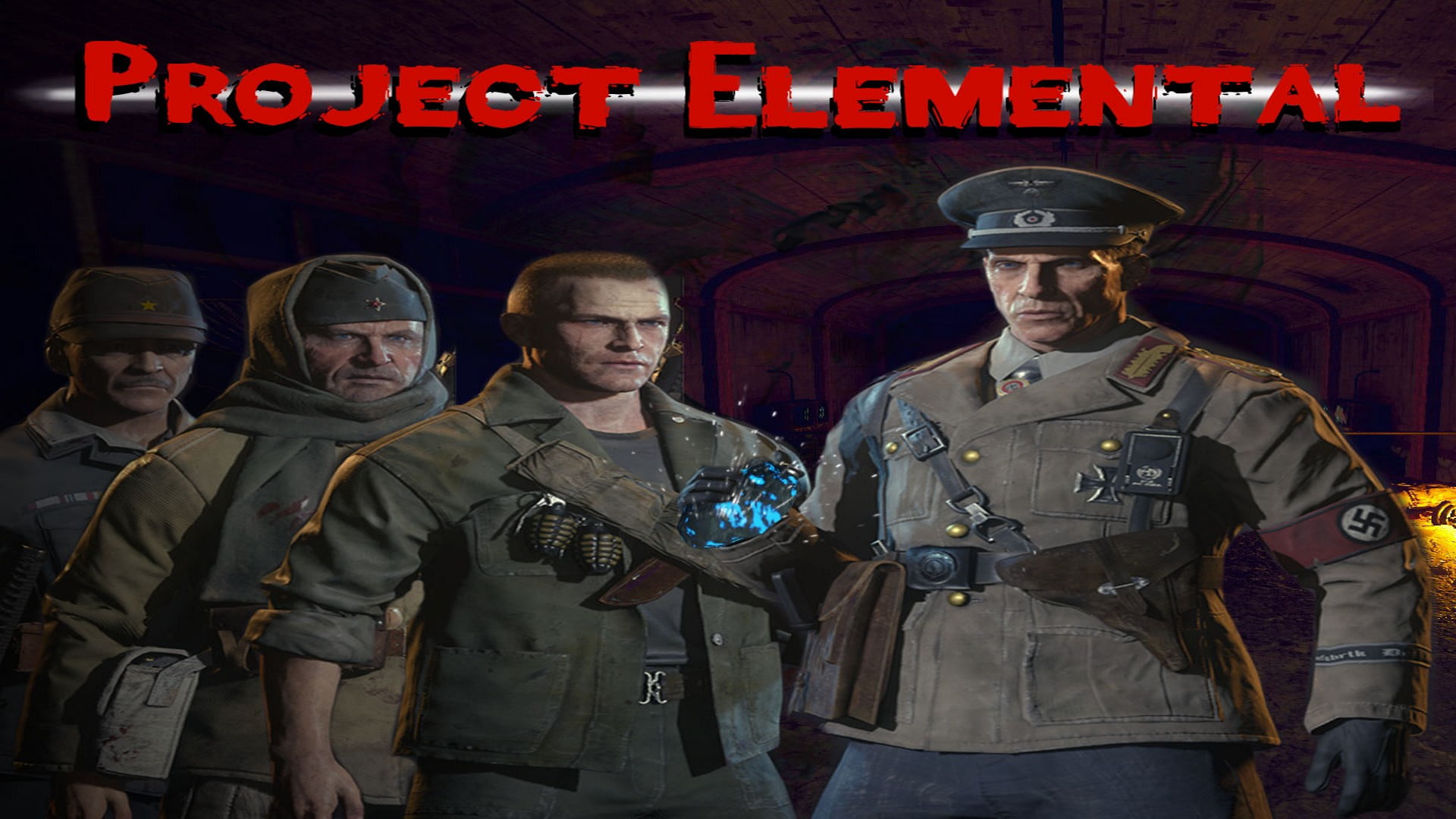 Project Elemental
“Our four heroes used the teleporter in Hanoi and got themselves in the middle of a jungle. After some aimless searching they find a huge research center hidden in the middle of nowhere. They soon realize that the events in Hanoi were just the tip of the iceberg. And it seems that Ricthofen knows a bit too much about this facility and it’s only alive inhabitant.”

NOTE: This mod has some copyrighted music, so if you’re planning on making a video, you might want to turn your music volume down!

After 2 and half years of development, Project Elemental is out! Welcome to my first (and most likely last) Black Ops 3 zombies map.

Gamemodes:
-Normal: Pretty much your average modern Treyarch zombies map
-Classic: Back to the days when zombies was about surviving. Ultimate wonder weapons are easily obtainable. No afterlife, no quest. Activate power, pack a punch some weapons and kick ???!
-Gungame: Pretty much what you’d expect. First one to go through all weapons wins.
-Scavenger: No mystery box, no wall weapons. Those pesky zombags have all your weapons. Better get them back soon.

And of course:
Treyarch, Infinity ward, Sledgehammer and Id-software for amazing (and less amazing) content.

Changed:
-Improved avogadro with hitmarkers/sounds so you know when you’re dealing damage to him
-On solo, you now have 3 afterlifes, similar to motd and soe
-Reload quotes now twice as rare
-Added some guidance to the map, so you know where to go (hopefully)
-Some door prices lowered
-Some hints to the ee added / made more obvious
-Stones will now display a hintstring if you try to grab one while already owning one
-Added some nice rewards for those who throughly explore the map
-You can now exit the underground area once the lockdown is completed
-Weapon file tweaks

Fixed:
-Pre-bossfight game over is no more
-Boss freezing on coop fixed
-Boss swarm attack fixed
-Boss rocket attack fx fixed
-Deathbarrier near box fixed
-You can no longer get stuck in the hole near pack-a-punch
-Clipping improved on some areas
-Slow melee with pistols, when you clip is empty
-You can no longer revive yourself with projectile weapons
-Players joining mid-game should now spawn in correct locations
-Wunderfizz near PHD can now be turned on
-Perks in gungame now disable properly

With that all said, Enjoy!