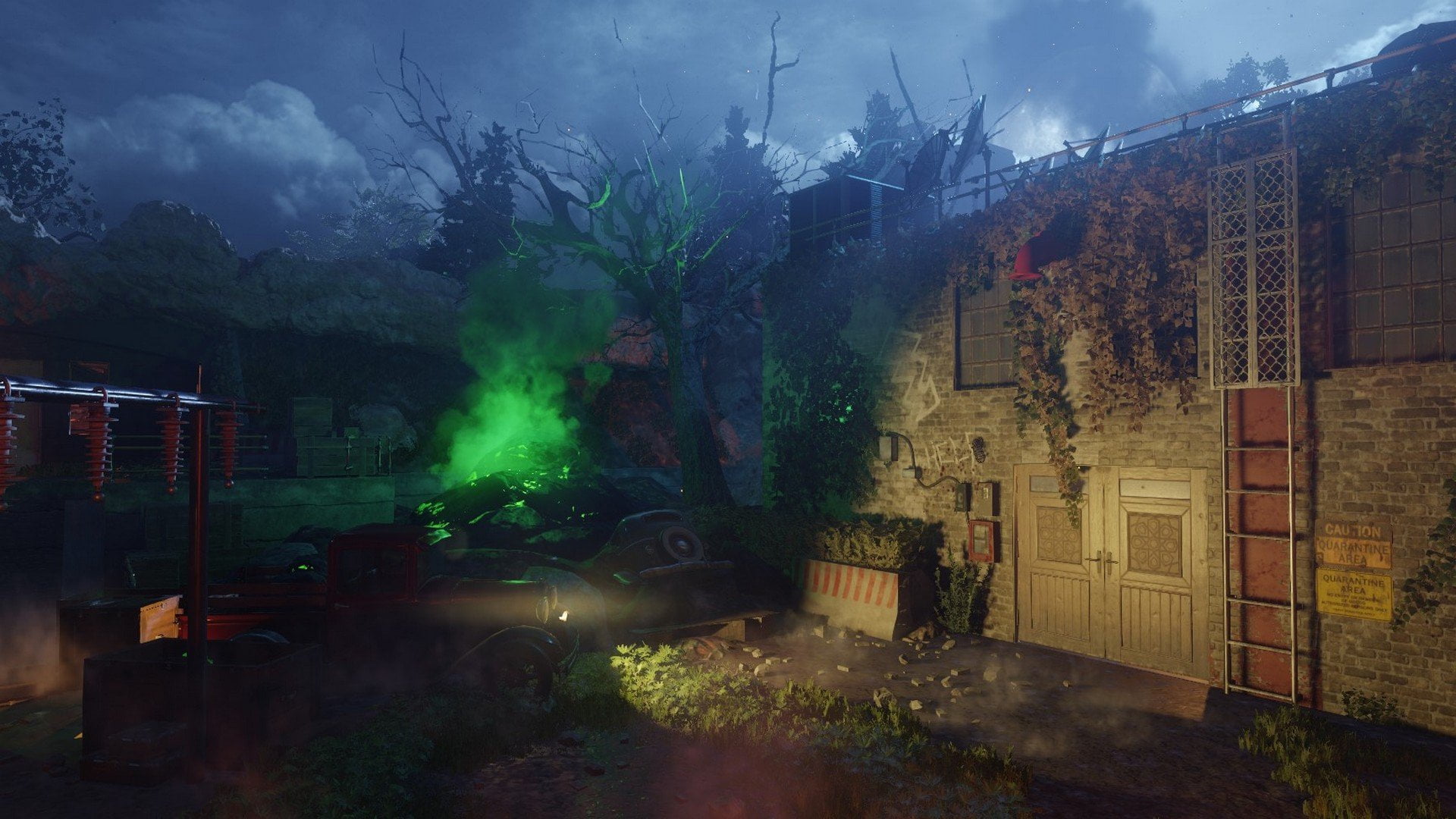 Our beloved crew awakens near an abandoned warehouse.
Far off in another place, the machine rises…

THIS MAP IS NOT MOD FRIENDLY. Please run it vanilla only, thank you.

“Map meaning… zm_twilight. The hay day of CoD Zombies has passed us. This is the Twilight years for Bo3. Am I overdramatic. Yeah, but I won’t lie I spent a lot of time into making this map as old school as possible. WeeWoo slaved detailing this map. And I won’t let him down.”


Kafig was the basis for this map’s design and layout.

Modern Warfare (2019) Weapons by TheSkyeLord
Custom Perks
Kaizokuroof’s Wind Runner Whiskey [Cost: 2500] – Sprint into the undead for the flight of a lifetime.
Banana Colada [Cost: 3000] – Slide into action and watch your opponents slip into submission.
Harrybo21’s PhD. Flopper [Cost: 2000] – Throw your grenades and watch them multiply.

Custom Loading Screen / Artwork by me (Khroma)
75,000 Buyable Ending!!! Rack up those POINTS