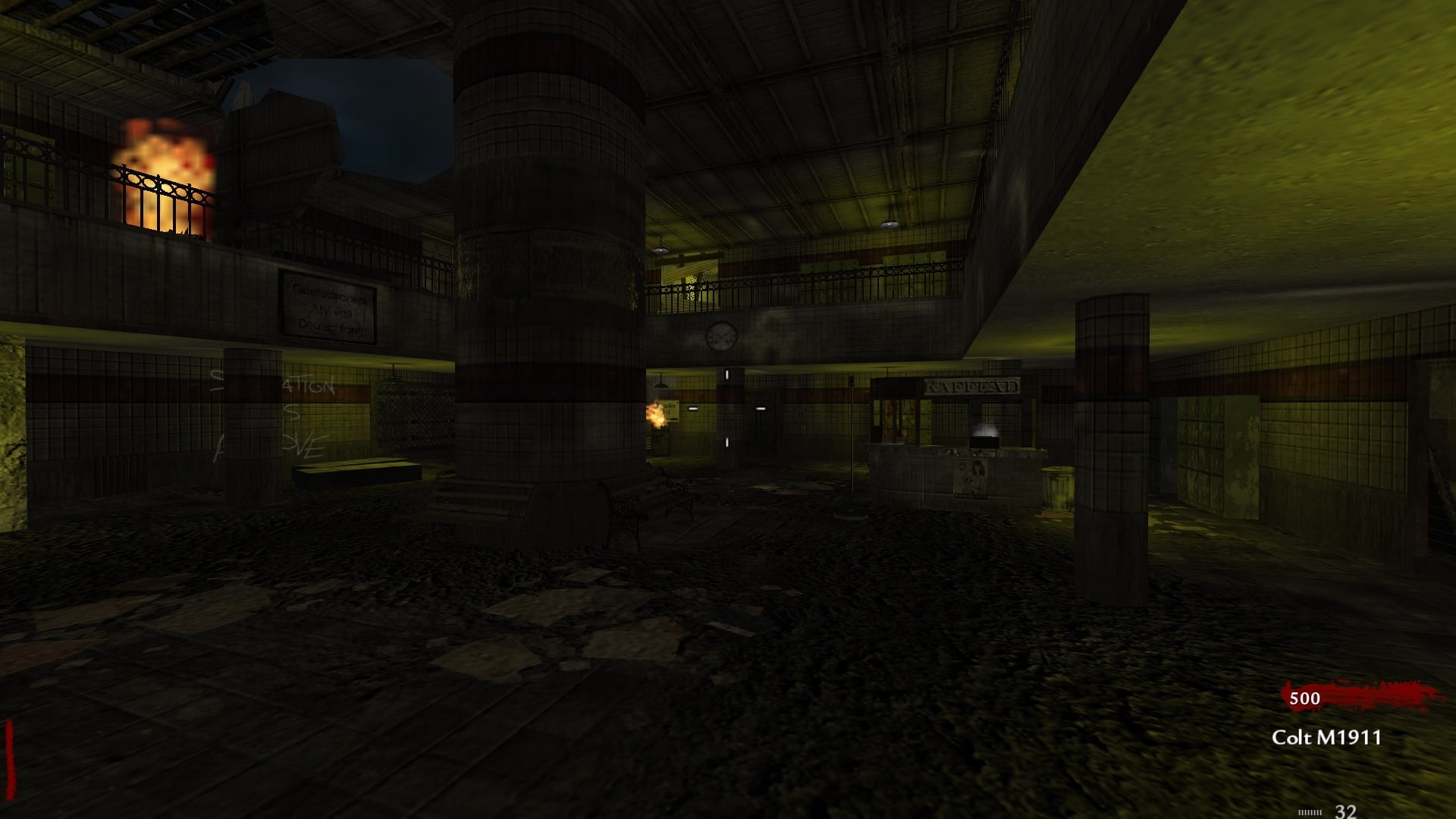 Nazi_zombie_rage2 (version 2) is a large scale zombie map, it is an update of the map rage2.  Your goal is to defend the train terminal from the hordes of zombie intruders!   Nazi_zombie_rage2 is based on the WaW multiplayer map ‘Station’. There are several playing areas and tons of things to explore and open. Good luck! General Gbomb