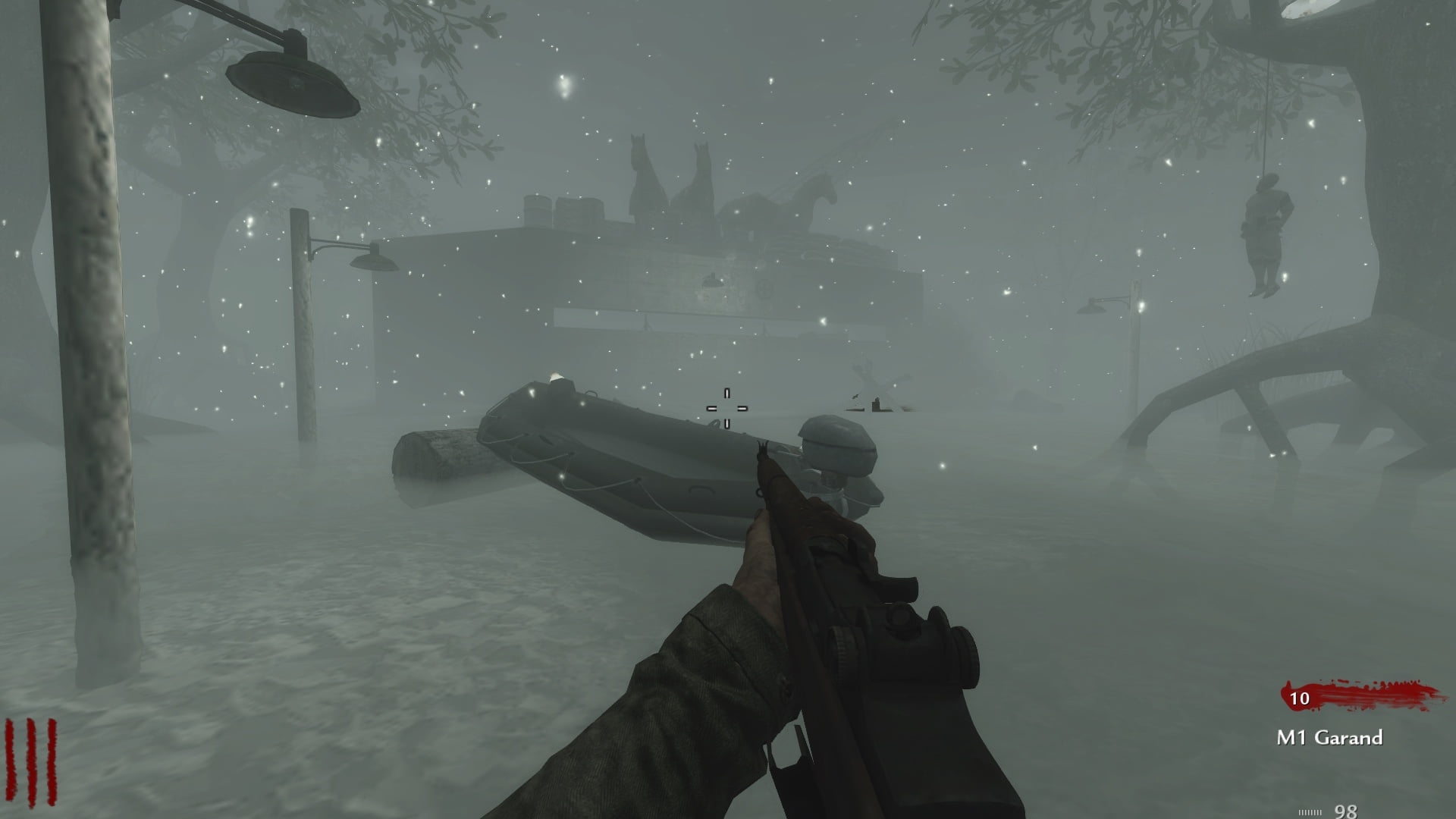 The development of the Wunderwaffe, which started in 1940, uncovered a new method of warfare which remained unknown to science. The first prototype, the Wunderwaffe DG-1, was created by a group of German scientists and consisted in an anti-personnel weapon which unleashed a massive electric charge. Two branches of research came out from this: one consisted in the development of a Wunderwaffe DG-2, in order to make it appropriate for military use (the DG-1 had many malfunctions, needed a great source of power and could easily kill the user). The other branch consisted in the research of electronic warfare as a weapon of mass destruction which could, in theory, attack and destroy the human central nervous system. A prototype of the W-DG-2 was made but, with the fall of Nazi Germany, it was never introduced into the army. American, British and URSS secret services consider the W-DG-2 prototype and all the research on MEW (Mass Electronic Wave) officially lost.

Trakai, Lithuania, sometime after the war,
The Third Reich has fallen, but the British and US Secret Services claim that officers from Nazi Germany escaped and somehow got into Soviet-occupied Lithuania to set up a resistance against the URSS and (according to Intelligence) take over Lithuania while most of the Red Army was in Eastern Germany.
You and your team have been sent to the Trakai region (where most of this resistance is supposed to be) to eliminate the remnants of the Nazi Army. With the growing distrust and rivalry between the URSS and the US, this operation was to be carried out without Soviet permission and would never figure in any Intel document. However, when you and your squad mates get to the misty rivers of Lithuania, you find something you didn’t expect…

Note: This map suffers from serious graphical lag, so unless you have one of the latest graphics cards, it is advised that you reduce your graphics card settings before you attempt to play this