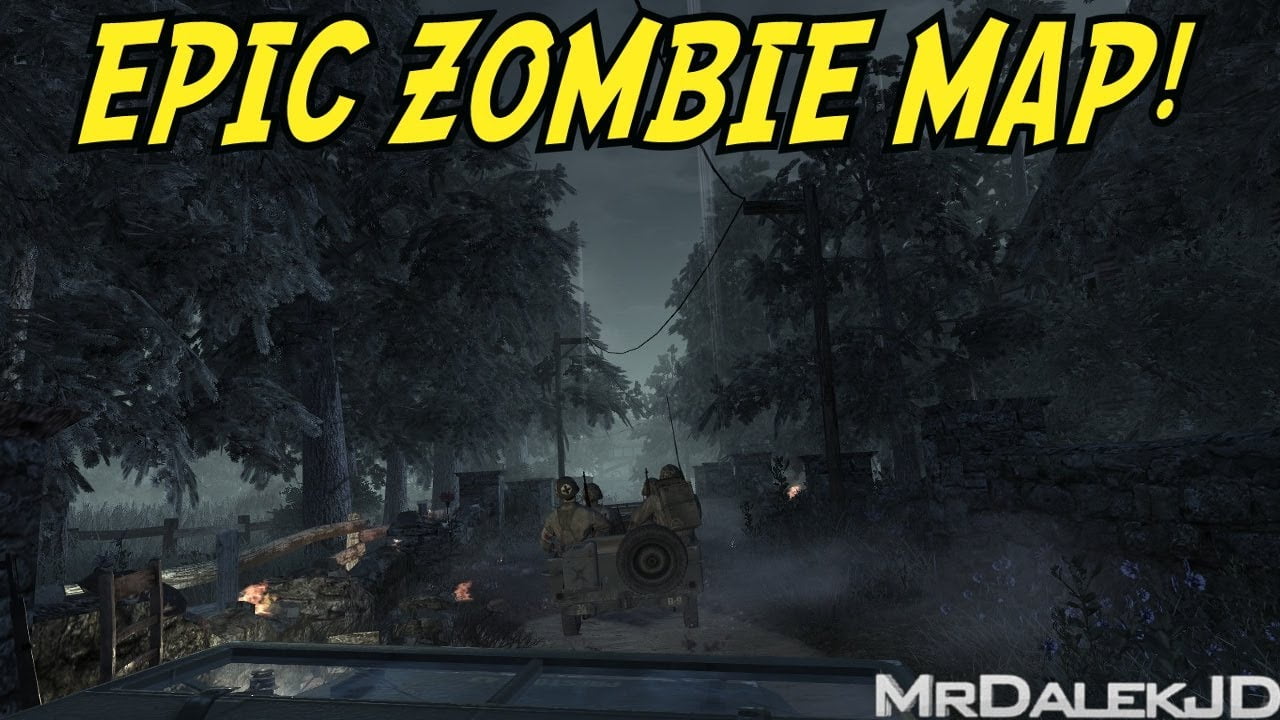 Map Background:
A small set of Marines were sent into Seelow Heights, Germany, the night after the Battle of Seelow between the Russians and the Germans. These Marines were sent in by the Allied Forces because the
Russians didn’t finish what they were supposed to, which is rid the area of any German forces and to destroy any German AA guns. The Marines make it to Seelow, find out what happened to the Russians, but they weren’t expecting anything like this.

Description:
The players find themselves waking up in a German entrenchment after a jeep crash that caused many of the other Marines to die, leaving the players behind. The players must follow out their initial objectives, along with staying alive against the waves of zombies, and finding a way out. Seelow is not a remake of any map, since it is created from scratch. It just uses the style of the Russian v. German battle in Seelow Heights. Zombie Seelow consists of cottages, trenches, creek beds, a small German camp, and other fortifications.